Meet Emma Kieran, a Boulder County folk artist with a focus on storytelling 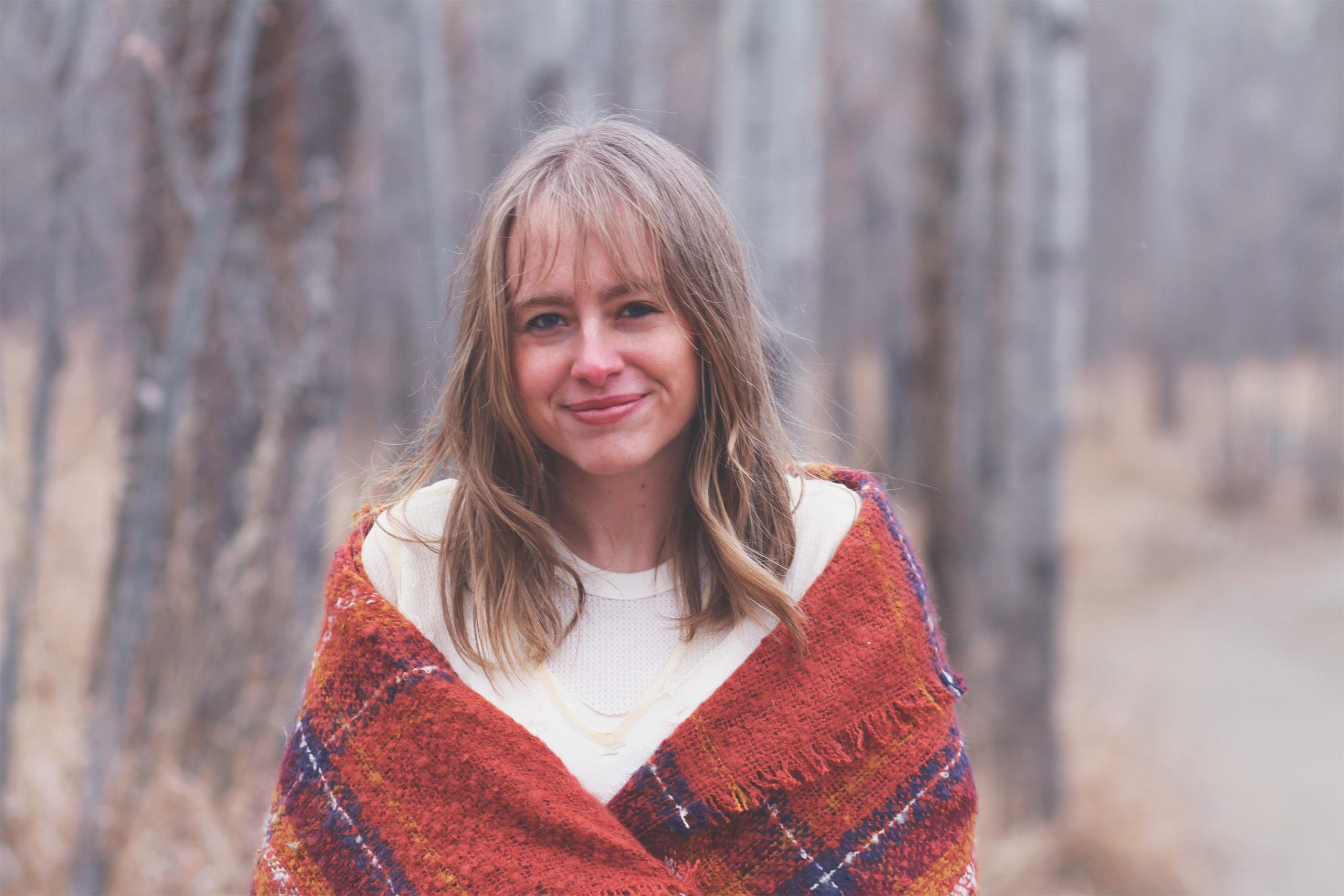 When faced with the choice of what path to follow as a career, undergraduate student Emma Kieran realized she didn’t have to make any sacrifices by deciding between her love of storytelling, making music or creating art.

“There’s this theme of storytelling in all those,” she said. “I realized I can combine all my different interests in a meaningful way.”

Though she now attends Grinell College in Grinell, IA, where she’s pursuing a degree in multimedia storytelling, the college junior is certain that her main focus lies within her music, with that being the main vessel for her to deliver impactful stories.

“I really believe in the power that stories have to generate empathy, connect people with each other and help them understand the world and themselves,” she said. “Music is one way for me to do that.”

Raised in Niwot, Colorado, Kieran was drawn to storytelling from a young age, displaying a curiosity for the world and the vast number of perspectives there were to uncover around her.

Raised to play violin and piano from a young age, her penchant for music is nothing new. Although after an entire adolescence spent turning stories into various songs, Kieran is more confident that she’s found her sound now more than ever.

Her breezy, uplifting music draws comparisons to the gentle acoustic arrangements reminiscent of Kacey Musgraves, alongside the more emotional, multi-instrumental ballads of Taylor Swift’s contemporary discography — two artists she attests are major influences on her craft.

Her newest single, “Million Balloons,” demonstrates this atmosphere well: the soaring ballad employs airy strings and harp chords to deliver a gentle message about those in her life that bring her a feeling of relief. “I feel the weight of the world, and it’s pulling me down / But I’m just so grateful to have you around,” she sings, her voice distinctly rising above the piano chords that begin the song before melding nicely with the symphonic rise at the track’s conclusion.

This gentle approach to music and storytelling is emblematic of Kieran’s old soul, where she hopes her music will bring people a feeling of comfort through adversity, with her conscious lyricism meant to drive home a sense of relatability in her storytelling.

She cites a particular song released almost two years ago as the source of this goal: the track, “Particles,” was created after a close friend of Kieran took his own life as she began college, and delivering her perspective, while vulnerable at the time, helped her recover.

“It was really therapeutic,” she said, hoping that others will find as much comfort in the song as she did in creating it. “The song was a way for me to grieve in the way I needed to.”

Moving forward, Kieran hopes to release new songs in the coming months, alongside performing and touring live when venues open up following the pandemic. Although, rather than perform in front of packed, faceless arenas, Kieran sees her musical act as something more befitting of an intimate venue.

“I really love the side of performing, where I can meet new people and talk to people whose lives my music has touched in some way,” Kieran said. “I’m also really hoping to do something that helps other people tell their stories. Maybe having a storytelling workshop before the concert.” 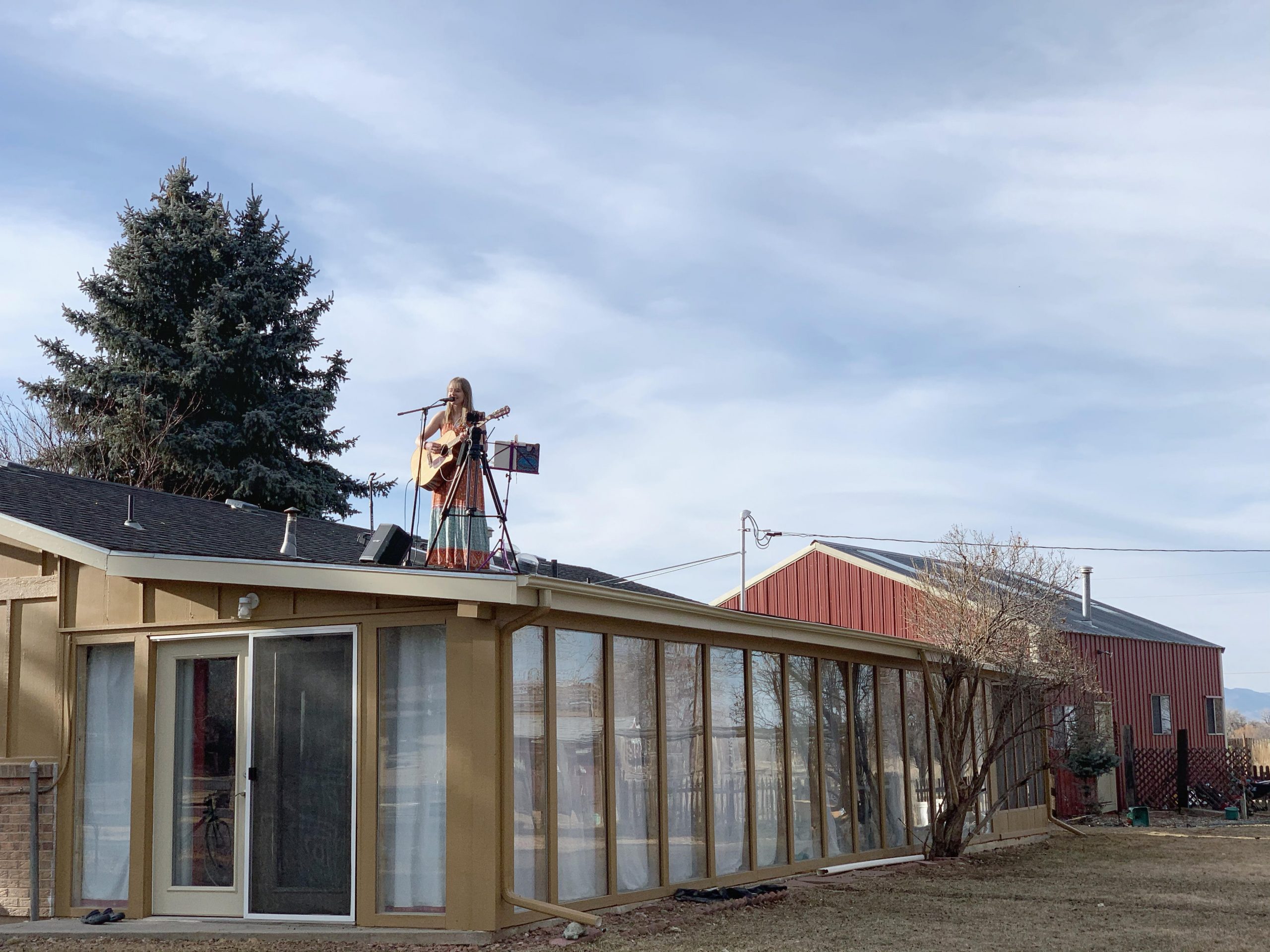 Kieran mounts her rooftop to perform her songs in Niwot, CO. (Photo courtesy of Emma Kieran)

Perhaps continuing a more personal approach to live performance would suit Kieran best. During the duration of the pandemic, Kieran has routinely slung her guitar up to her roof and performed for her friends and neighbors, a way of spreading joy during a difficult and lonely time.

Regardless of how Kieran moves forward with her life and her endeavors, she gives the impression that she won’t worry too hard about it: instead, she’ll sit back, take things as they come, and pencil them into her next great story to tell.

Emma Kieran’s music and information can be found here.