‘Minari’: A Stereotypical Immigrant Tale, Told With Sincerity and Subtlety 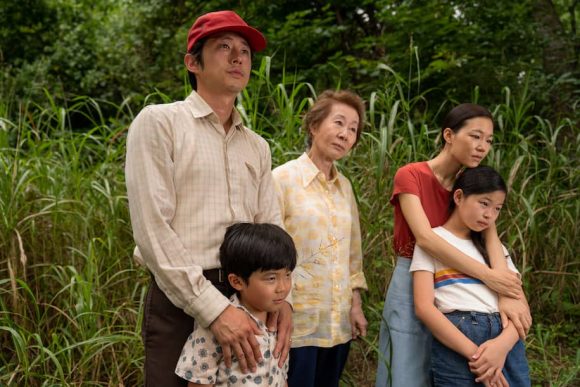 Minari is the taste of home for many Koreans. The green leafy vegetable, popular in Korean cooking, thrives almost anywhere — all it needs is damp soil and a bit of love to take root.

In Lee Isaac Chung’s new film, minari takes root in a shady Arkansas creek bed, under the tender care of Korean immigrant and would-be farmer Jacob (Steven Yeun). The minari brings the taste of home to Jacob’s family, while also serving as a metaphor for the Korean immigrant experience in 20th century America.

“Minari” is a semi-autobiographical film, based on writer-director Chung’s own childhood growing up in 1980s rural Arkansas. In many ways, Chung’s story is the stereotypical immigrant tale: a father trying to forge the American dream for his family, while working in a grueling blue-collar job; a mother tired of struggle and poverty; young children trying to fit in and assimilate. Though Chung’s experiences imbue the film with a few quirky, personal moments and unexpected twists, “Minari” to a large extent feels predictable. We know early on that two outcomes are probable: success or failure of the farm. All that’s left to do is wait for the slow-moving plot to get us there and to enjoy the colorful family vignettes along the way.

“Minari” opens with the family road trip to the rural South. Jacob is moving from California to Arkansas with his family — his wife Monica (Yeri Han) and two children, David Yi (Alan Kim) and Anne (Noel Kate Cho). In Arkansas, the family lives in a small mobile home on a vacant lot, surrounded by rolling green fields. Jacob and Monica work as chicken sexers (separating poultry by gender), though Jacob hopes to start a farm with Korean plants and vegetables to support them.

Despite the peaceful rural scenery, the situation is far from serene. Family conflicts emerge and intensify as Monica and Jacob fight about their humble mobile home and the remote location. Monica misses city life in California. She feels isolated without her Korean church friends and worries about being far away from a hospital due to David’s heart condition. At first, Monica grudgingly agrees to stay for her children’s sake, joining the local all-white church and becoming friends with a Korean woman at work. However, as the film progresses, she becomes as determined to leave Arkansas as Jacob is to stay, and we are left waiting to see which disappointment will be her last straw.

Jacob is depicted as a sweet yet resolute man, uncompromising in his dream even if it will tear his family apart. His unwavering belief in the American ideals of self-determination and upward social mobility is inspiring, though at times frustrating to watch. Yeun’s portrayal of Jacob strikes an admirable balance between stubborn idealism and compassion, especially in his relationship with his son David.

David is bright-eyed, quiet, mischievous and endearing. He is scolded for trying to run, despite his serious heart condition, sneaks Mountain Dew for breakfast and tries to help his father around the farm. In one scene, David and Jacob chant “We used our minds” to solve problems before his father swings him playfully around. David’s relationship with his older sister Anne is peaceful and multicultural, as the two laugh and speak English together. Though his poor health is a stressful burden on his mother, David himself appears carefree and joyful. Even when David faces a racial microaggression from a white boy at church, who asks why his face is flat, David appears unfazed and later becomes friends with the boy.

Yuh-Jung Youn as Soonja (Courtesy of A24)

The family dynamics are realistic but somewhat boring until Soonja (Youn Yuh-Jing), Monica’s mother from Korea, joins the family. Soonja introduces an element of domestic comedy to the film and single-handedly spurs on the slow-moving plot. She is gruff, impulsive, foul-mouthed and obsessed with wrestling, yet also caring and devoted to the two children. Although David and Anne think she is too old-fashioned, her presence keeps the family’s Korean heritage vibrant, as she eats traditional foods and teaches David card games.

The other dynamic character is the family’s neighbor Paul (Will Patton), a hermit and religious fanatic, who works with Jacob on the farm. Every Sunday Paul carries a huge wooden cross on his back for miles down a dirt road and even tries to exorcise evil spirits from the family’s house. Though eccentric, Paul has a sincere desire to help Jacob’s farm succeed, and his acceptance of cultural differences makes him a heartwarming character.

With these diverse, realistic characters, the film should be engaging and immersive, yet often it drags.  The character vignettes are not always woven into a dramatic narrative arc. The scenes often feel like a patchwork of childhood memories, realistic and relatable but lacking cohesion and direction. Only a delicate undercurrent of foreboding about David’s health, the farm’s success and the future of Jacob and Monica’s marriage propel the plot gently onward.

The impersonal cinematography also compounds the issue. The camera angles and frames feel more like a documentary than a dramatic film, often lacking imagination or variety. The scenes almost feel detached, as if we are watching history unfold from afar, rather than being immersed and invested in the conflict. Many key scenes come close to suggesting intense joy, despair and fear, yet in the end they are only mildly poignant and evocative, lacking enough daring artistry to be deeply moving.

In “Minari,” realism is both an asset and a weakness. “Minari” falters because it is too realistic and mundane, yet it succeeds because the stories it tells are accurate, relatable and representative. Though “Minari” is not an illuminating or innovative immigrant story, perhaps it was never meant to be. Perhaps “Minari” is just what Hollywood needs for diverse representation: fewer larger-than-life minority stereotypes and more complex, nuanced people taking root in the American consciousness, like the hardy minari in an Arkansas creek bed.

“Minari” will be available to rent on-demand on streaming services beginning Friday, Feb. 26. Find out more on A24’s website or A24 at CU’s Facebook page.