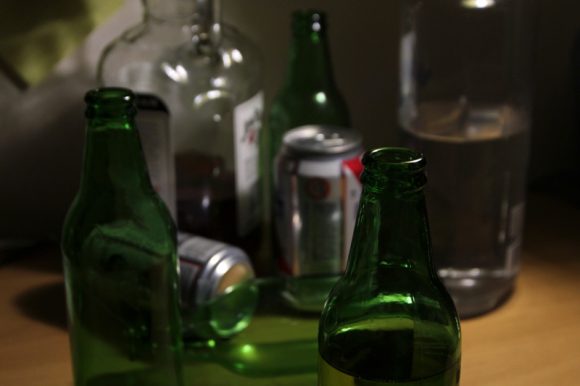 A new element of binge-drinking is spreading across the University of Colorado Boulder’s campus: pulling trig.

The action consists of individuals deliberately making themselves vomit in an effort to purge the alcohol out of their bodies.

It usually occurs “when you have gotten to the point in the night when you do not have to throw up yet, but you take it upon yourself to make yourself feel better,” an anonymous male sophomore said.

Freshman Tessa Ziegler explained students put their fingers down their throats until they feel better or pass out.

Pulling trig is not always done alone. Senior Rachel Cella notes the multiple times she has been the one to induce someone else to vomit.

“Her eyes were rolled to the back of her head, and we (Cella and friends) knew we had to make her throw up,” Cella recalls. “I had to keep doing it to her. We ended up calling the ambulance, and she got her stomach pumped. That was traumatizing. So ever since, I have been willing to do it to other people.”

In fact, Ziegler explained she would never be the one to do it to herself.

“I feel better when my friends do it to me,” Ziegler said. “When I did it in high school, I was by myself, but now my friends are with me. It is a whole different experience.”

Similarly, Cella said she would always do it to a friend if needed.

The anonymous male source said the male demographic rarely will even discuss the topic among themselves.

“I try to slip away and be sneaky so nobody will know,” he noted. “I do not want people watching me throw up.”

Cella said she has never heard her male-identified friends speak of it; it’s only girls.

Samantha Strife is an instructor in the psychology and neuroscience department and a psychologist who works primarily with individuals who struggle with body dissatisfaction, disordered eating, and eating disorders.

Strife notes that the onset of this behavior might be correlated to the diet and beauty industry.

“People are more engaged in thinking of their worth based on what they look like versus who they are,” she said.

Strife does not condone the behavior.

“It exposes the intersectionality between substance use and eating disorder culture in a way that is unfortunate and problematic because it normalizes a compensatory behavior that is dangerous,” Strife added.

She said that the term normalizes something that could have already existed.

The male sophomore does not think pulling trig was a big deal.

“As long as you are throwing up in the toilet or outside and not on someone then I think it’s fine,” he continued.

Cella is open about the subject.

“In a group of girls, if someone seems way too drunk, one of us might say ‘she needs to pull trig,’” she said.

However, she noted that the tone of the topic has changed now that she is a senior.

“We find it funnier now than when we were younger,” Cella said. “I know at the end of the day I will be okay.”

Yet, Cella said she finds pulling trig comforting because she can taste the alcohol exiting her mouth.

“I think for some people it means trying to reduce a hangover, but for other people, it can be about reducing caloric intake — both of which can have problematic psychological and health consequences,” she said. “Purging in this context does not often work the way people intend, leaving people still hungover. If you engage in this behavior, you should consult your medical provider about the risks”

The health department at Cornell University released information on the consequences of self-induced vomiting. These include electrolyte abnormalities that can lead to immediate, precipitous death, ripping of the esophagus, tooth decay from stomach acid, involuntary vomiting, the acid in the esophagus, enlargement of the parotid gland and more.

Strife hopes there is more awareness of the consequences.

“I wish there was more practice for students and people engaging in this behavior to be able to effectively call each other out instead of contributing to the normalization of it,” Strife adds.

Cella noted that pulling trig is increasing in popularity due to CU’s drinking culture.

“At the end of the day, people need to stop drinking as much as they do,” Cella said.

If you are struggling with disordered eating the following resources are available.