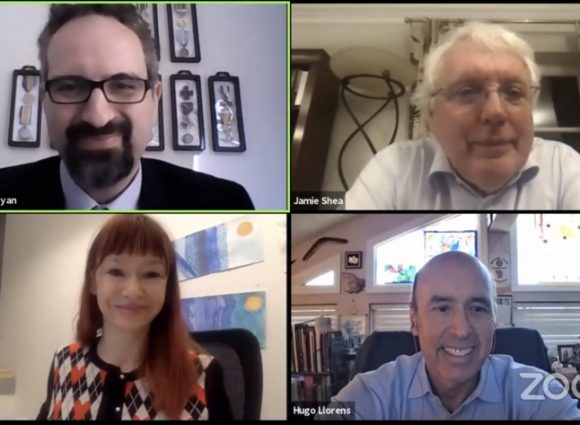 On Friday, Jan. 29, the Conference on World Affairs held its final virtual meeting focusing on the effects of the United States in regards to international relations policies, such as the Paris Climate Accord and the Iran Nuclear Deal. This event ended the three-day conference on the shape of the U.S as it moves forward into the new presidential administration.

These distinguished speakers discussed the future of the United States as it transitioned out of unifying political agreements such as the Partnership and Cooperation Agreement (PCA) and the expectations of the future as President Biden takes over the oval office.

“The United States has elected one of the most experienced individuals in terms of foreign policy that we’ve ever had,” Lloren said, starting off the conference with a promising statement of current president Joe Biden. Biden has over 50 years of experience in foreign policy and served as Vice President under President Barack Obama.

That being said, Biden has a tough job ahead of him.

“He has a triple crisis-dealing with the COVID pandemic within America… Facing the worst economic crises… And the political division related to Trump’s impeachment,” Lloren said.

Lloren and Benedetta Berti both believe that the mutual agreements between “transatlantic allies” have wavered. The country has grown politically polarized over the past four years as the U.S. presence has left important agreements. But, Berti is optimistic.

“NATO will continue to be popular in the U.S., and we are all in it together,” Berti said, “There is a very strong reason to be optimistic in the transatlantic relations. It is much easier to solve problems together rather than alone,” Berti said.

“The rise of China, security of terrorism and climate change are key pointers that emphasize the importance of cooperation through international order with alliances,” Berti added.

Toward the end of the session, Llorens commented that the United States essentially has to reinvent itself to prove itself as a good ally to China. Under Trump’s administration, backing out of the Asia-Pacific Trade Agreement weakened trust in one another.

These reparations are fundamental to further American as well as global ambitions in space weapons, cyber-attacks, nuclear arms control for mutual interests with partners, added Shea.

“It keeps the spirit of democracy alive,” Shea said. Shea encourages nations to work in agreement in order to find a better state, straying away from the autocracy so embedded in some countries such as Russia.

In regard to climate change, the panel emphasized that reparations are doable. By working together to uphold the commitment made in the Paris Climate accords—which the U.S. had recently rejoined—we can green our economies and keep greenhouse gasses down.

“Climate change is a security issue… (it’s) making our world unstable, making our missions complex and it has a transformative impact that we need to take seriously,”  Berti said, adding that NATO is working hard to mitigate the impact of climate change by adapting, changing and enhancing resiliency with their technologies.