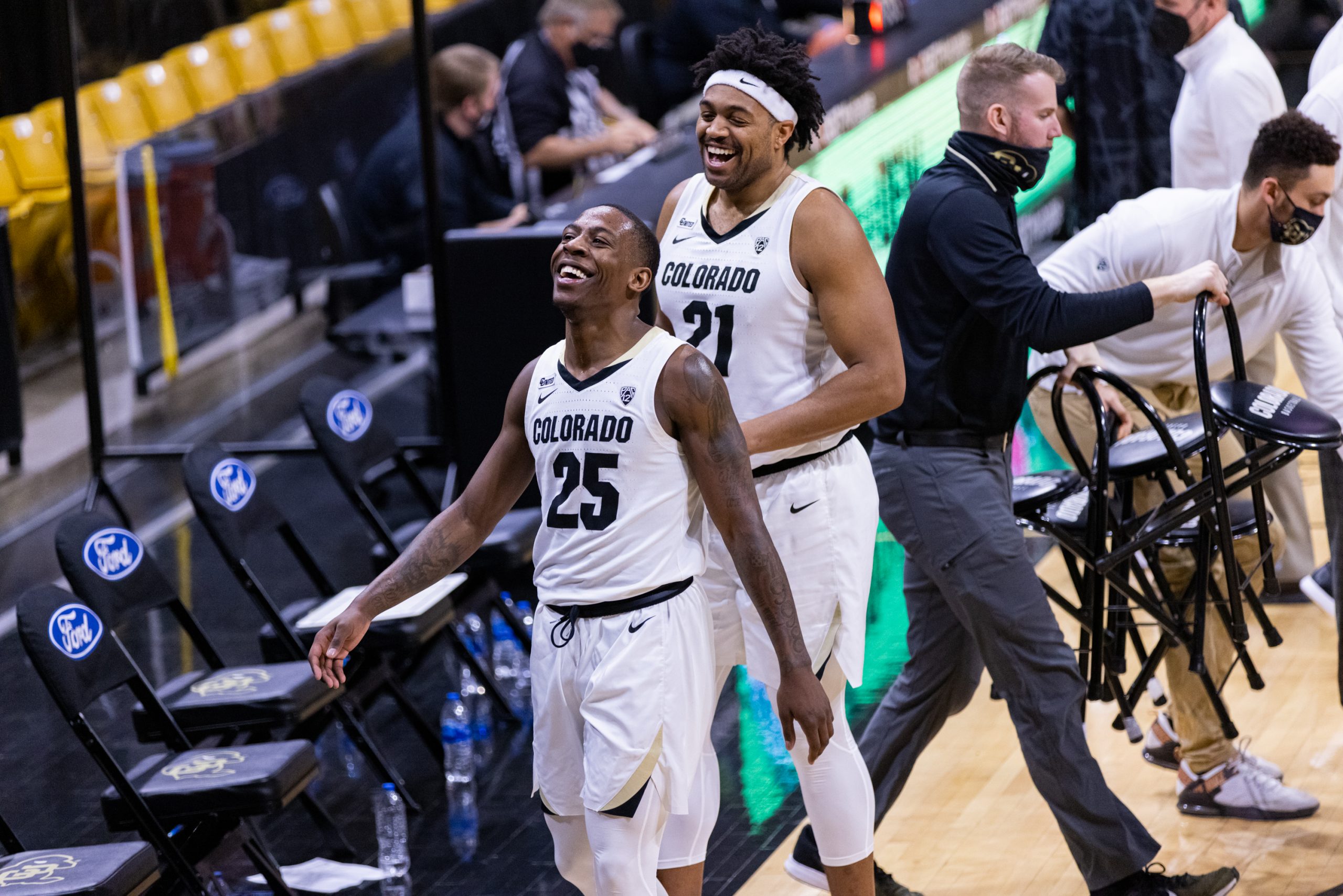 McKinley Wright IV and Evan Battey share a light-hearted moment during the second half of the Buffs 89-60 victory over the Cal Golden Bears at the CU Events Center. Jan. 14, 2021 (Nigel Amstock/Rivals.com)

Colorado Buffaloes’ senior point guard McKinley Wright IV pointed to junior forward Evan Battey with a smile after notching his first assist of the game against California on Thursday afternoon. Wright IV’s assist to Battey in the opening minutes broke Jay Humphries’ previous school record of 562 assists.  The senior from North Robbinsdale, Minnesota came into the contest averaging just over five dimes per game and career assist number 563 for Wright will help cement his legacy as one of the best to ever come through the program.

In a college basketball era that seems to be dominated by the one-and-done and lack of four-year players, Wright’s accomplishments at Colorado may stand unmatched for a long time. After falling one assist shy of the record Monday against Utah, the Wright stormed past 562 career dimes with an impressive 13-point and 12-assist double-double in Thursday’s blowout victory over California. 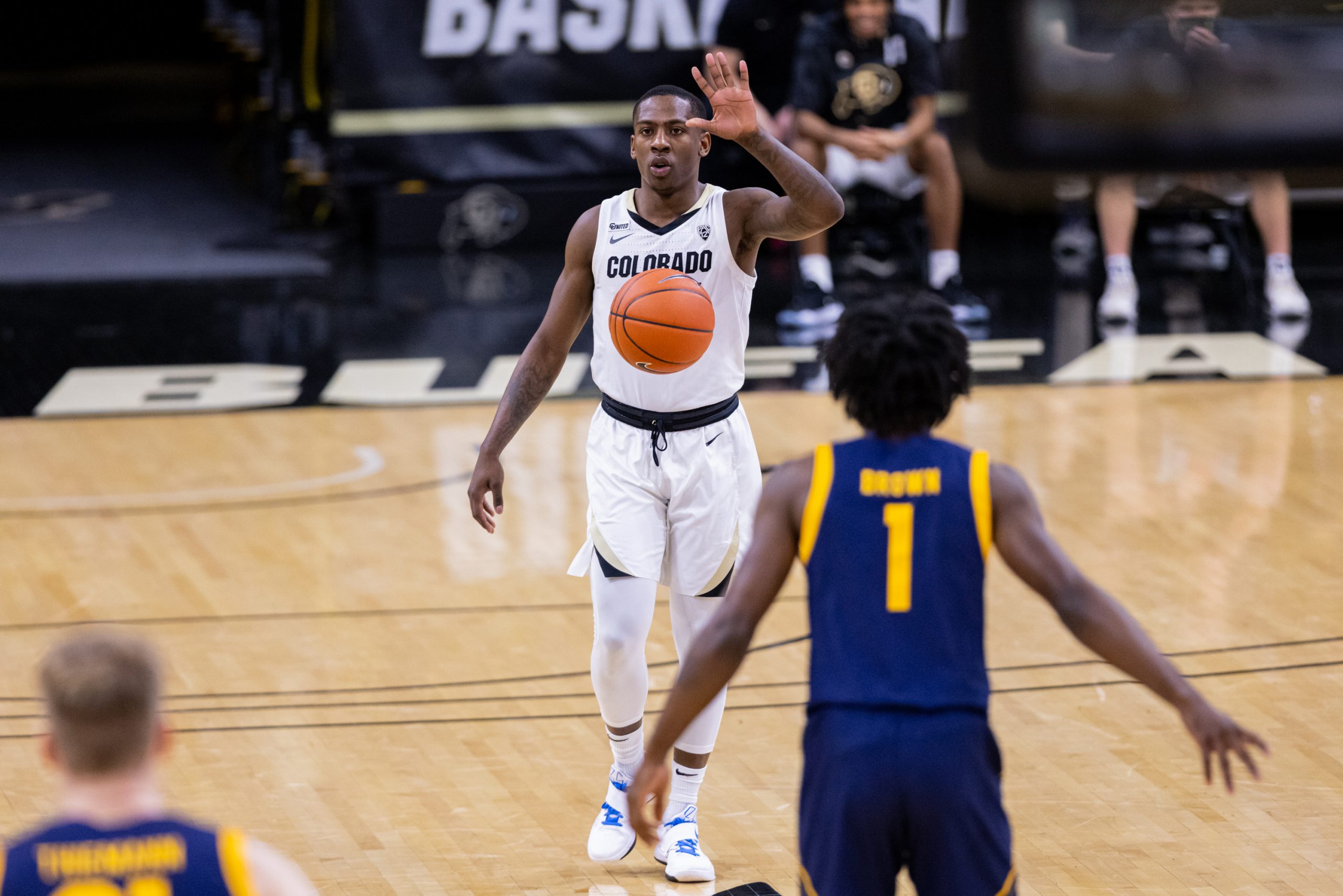 Senior guard McKinley Wright IV calls a play during the second half vs the Cal Golden Bears at the CU Events Center. Jan. 14, 2021 (Nigel Amstock/Rivals.com)

Wright’s 12 dimes in his record-breaking performance fittingly set a new career-high. Furthermore, the senior tied Humphries with his eighth career double-figure assist performance. He gave all the credit to his teammates and coaching staff postgame after breaking a record that had stood for 37 years.

“I said this from day one and I say it all the time, you are probably tired of me saying this but, when you have teammates like my teammates over the last four years and the coaching staff, when they believe in you, trust you, and put you out there to play it makes my job so much easier,” he said.

After Wright broke Chauncey Billups’ record for most assists as a freshman with 175, Boyle told the then-rising sophomore he had a legitimate chance to break the record for career assists, a record he now owns.

This past summer after Wright IV announced his return to CU, ending his attempt at the NBA, Boyle told him that the annual team assist’s award, currently named after Humphries, would be named after Wright when his time at Colorado comes to a close.

While one can easily get caught up in Wright IV’s dominance on the court during his four years at Colorado, for him, the memories away from basketball are what he’ll miss most. When thinking about his time in Boulder, the senior said the relationships he has established and the moments they’ve shared together off the court will be remembered the most.

“What really stands out to me is just my teammates,” Wright IV said. “A lot of teams around the country, I don’t think they gel the way we gel outside of basketball practice. We’re with each other 24/7. We spend a lot of time with each other and we really love and care for one another outside of basketball. Disregard basketball, just that love, that family, that’s what I’m going to remember most when I’m gone.” 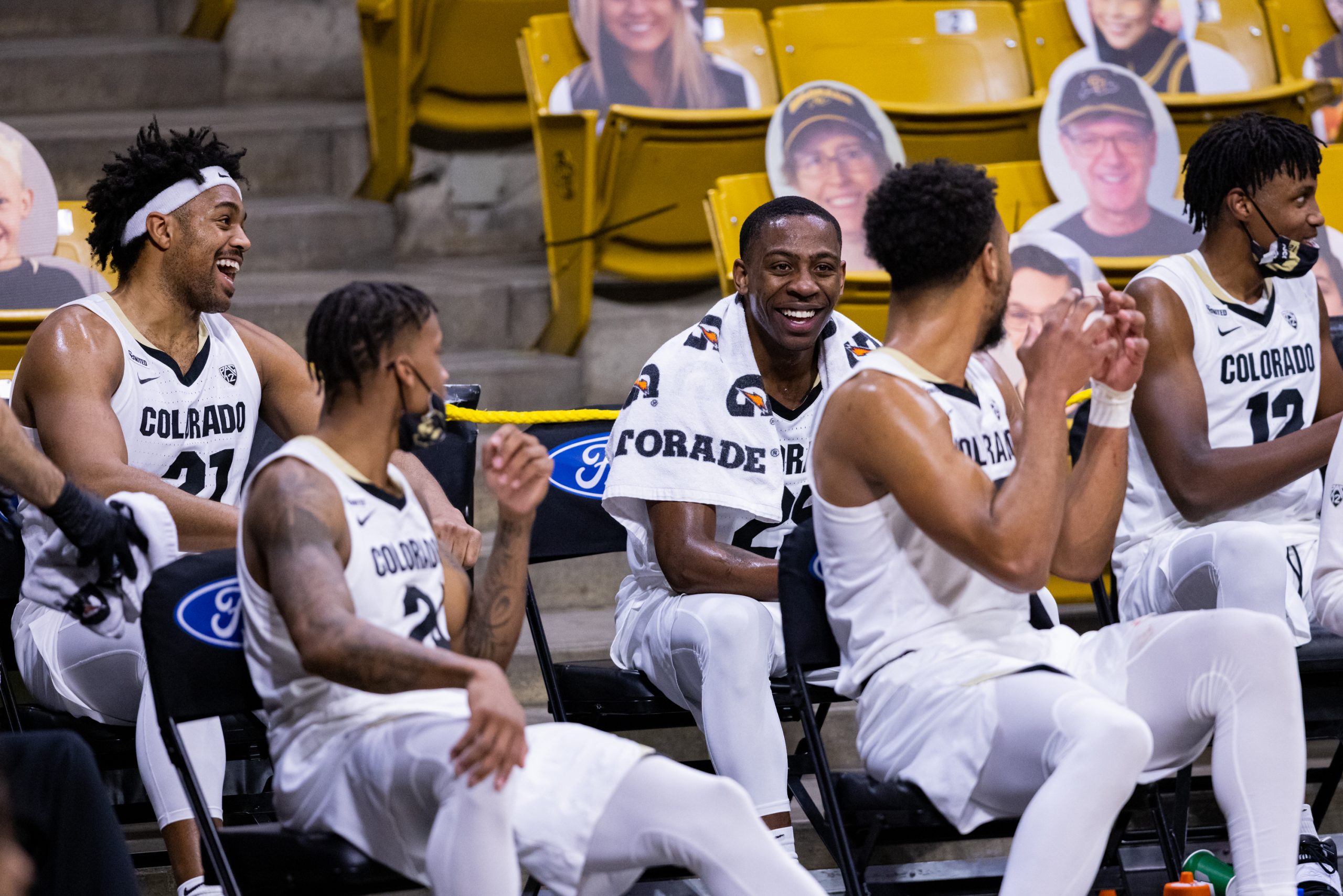 McKinley Wright IV and the Buffs share a light-hearted moment on the bench during the waning minutes of the second half of play at the CU Events Center. Jan. 14, 2021 (Nigel Amstock/Rivals.com)