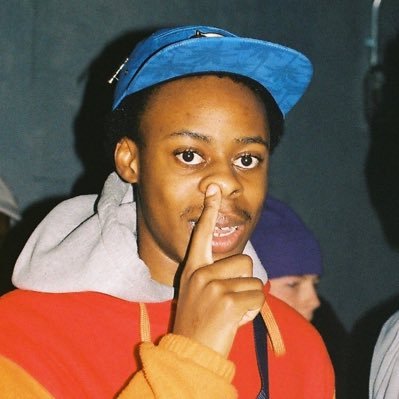 Are you tired of mainstream rap? Are you frustrated that Spotify’s RapCaviar playlist is full of hours and hours of uninspiring trap beats and lyrics about iced-out wrists or Hennessy? Do you crave rap with an experimental and abstract touch?

One artist that could fit your bill is UK-based rapper and producer JoeJas. He has independently written, recorded and produced three full-length albums, all released under his record label Fat Llama. His most recent album, “Four Wing Island,” was released on Spotify in Aug.

Originally from the United States, JoeJas grew up in Atlanta, the home of trap rap, which boasts artists like Migos and 21 Savage in recent years. However, despite these trap rap roots, JoeJas’ style is far from mainstrearm. His aesthetic is similar to alternative rappers like Tyler, the Creator, (one of JoeJas’ main influences) or BROCKHAMPTON, who explore more diverse and experimental sounds, along with candid lyricism.

On “Four Wing Island,” JoeJas relies on home-made beats and quirky lyrical deliveries that don’t fit in with the trap-based norms of mainstream rap, particularly on the opening track, “Four Wing Isle.” Over a jerky percussion section and warbling keys, JoeJas recites some of the strangest lyrics on offer.

“Four wing island is the place I use to escape / Llama’s all on the grass, Capri pouches filling up the lakes,” the rapper utters, painting an odd scene of what one could only guess is JoeJas’ own fantasy “happy place.” The artist seems as if he’s reminiscing about childhood daydreams, possibly alluding to the desire for an escape from everyday life and the pressures associated with it.

These curious lyrical themes continue even on the album’s more energetic offerings. “4wingkilla!”, for example, features lyrics like “In my booger flavored hoodie / Tricking for some footy”  and “My shit ain’t bang, it’s more a bath and a toaster,”  paired with a crunchy, percussion-filled instrumentals. Instead of falling into stereotypical rap lyrics about money and fame, it seems that JoeJas is delivering lyrics that, while strange, are more related to everyday life than the life of the ultra-wealthy. By not bragging or appealing to listener’s aspirations for fame and wealth, these lyrics may resonate more with listeners’ real-life experiences, allowing them to identify directly with JoeJas.

However, even with this added connection to everyday life, a first listen to the album could lead some to be skeptical. The tracks can sound thrown together, almost duct-taped into a strange amalgamation of noise and outlandish lyrics without much weight. However, taking the album’s content at face value is the opposite of what JoeJas is going for with his audience.

JoeJas knows that passive music listeners likely won’t take too much interest in someone shouting at them about llamas and Capri-Sun pouches — those aren’t the people he’s making music for.

“When you make music that (is more experimental or abstract), you’re making it for a group of people who are really into music,” JoeJas said in an interview with the CU Independent. “So when you’re putting it out, you’re going to get a lot of people who just don’t get it. You’ve just got to know that what you make is super sick for you.”

JoeJas believes staying true to his musical style is more important than aspiring for wealth and fame, like many big name rappers, including Lil Pump and Lil Xan, have done. Instead, he wants to create an intimate community of fans that appreciate and resonate with his music, no matter how weird or radical.

“I want to grow a community [rather than be mega-famous],” he said. “Growing a community helps you and other people. I try to be as human as possible because I’m not crazy famous. Even if I was, I don’t want it to be weird for people.”

“You kind of make an ecosystem,” he said. “It’s about you being yourself and then someone watching you and being themselves, and the (cycle) continues.”

JoeJas’ willingness and excitement to create for the purpose of community and self-satisfaction over money and fame is a growing sentiment in aspiring artists, which has the potential to fundamentally change the mainstream music industry, especially rap. By providing jarringly abstract and interesting takes on rap, up-and-comers like JoeJas may be able to shift rap culture away from shallow consumerism and cliches, toward stronger communities filled with abstract, quirky, free expression.

Find JoeJas on Spotify here or on the FAT LLAMA website here.