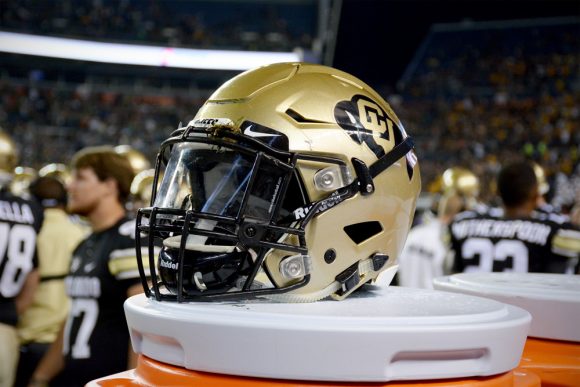 On a sunny Northern California afternoon, where the only spectators in the stands were cardboard cutouts and potted trees, the Colorado Buffaloes looked to build off a week one win against the Stanford Cardinal. While the ending was not as pretty as the Boulder bunch would have wanted, the 9.5-point underdog Buffaloes staved off a determined Stanford comeback with a 35-32 win on Saturday.

One week after an offensive explosion versus UCLA, the Buffs stayed humming with a 35-point performance despite no turnovers being forced on the defensive side of the ball and a slow start to the game. “We know we got to correct some things and clean some things up,” said senior quarterback Sam Noyer. “But we got the ball rolling.”

Following the defensive breakdown in the second half of week one, hopes were high that CU could rebound going into this week on that side of the ball. While the Buffs’ defense played well throughout the first half, keeping the Cardinal out of the endzone, they once again broke down when handed a lead. Colorado’s 19-point fourth-quarter lead was nearly lost, as the Cardinal cut the deficit to three on a late touchdown and successful two-point conversion.

In light of this, junior linebacker Carson Wells wasn’t thrilled with a second consecutive close finish. “We’ve got to finish (better). My heart can’t take those anymore,” Wells said after the game.

Head coach Dorrell perhaps said it best, “The fortunate thing (was) we got the W. We can learn from this and we’ll go on to next week.” In that vein, despite the sour notes struck by another late defensive breakdown, it’s hard to complain too much about a 2-0 start for the Buffaloes in Dorrell’s inaugural season.

Colorado will return home to Folsom Field next Saturday to take on head coach Herm Edwards’ Arizona State Sun Devils. Kickoff is set for 8 p.m. MST and the game will be broadcasted on ESPN2. One potential caveat arose on Friday when Arizona State’s scheduled week two contest was canceled because of multiple positive COVID-19 tests. There has been no official postponement or cancellation as of Nov. 14 for the Buffs’ week three matchup.