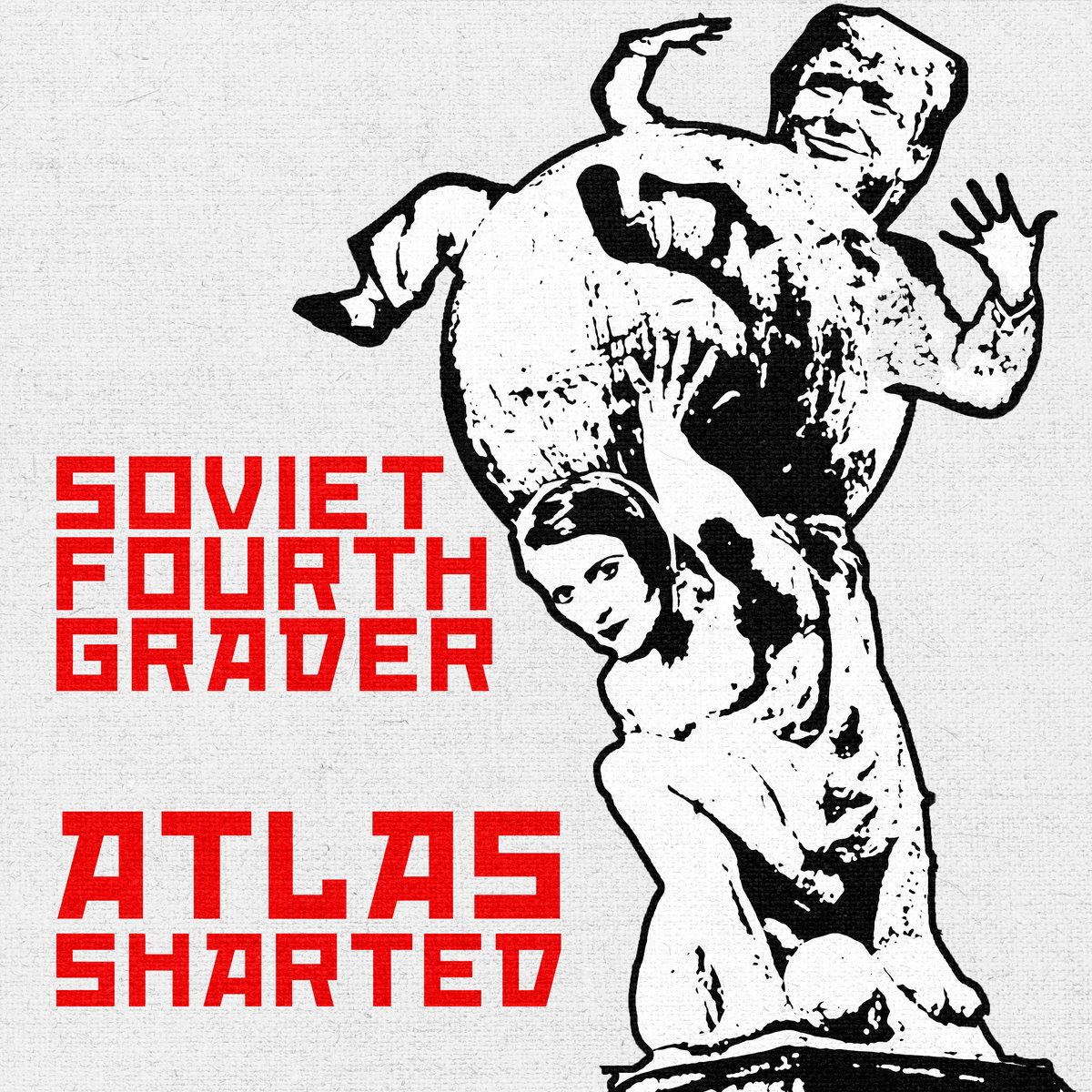 Soviet Fourth Grader is the punk-rock project of Anatoli and Konstantinos Stanislav, two cousins hailing from Missoula, MT. Despite their small-town background, the duo rejects their Rocky Mountain roots in favor of aesthetics from 4,000 miles away. Preferring relative anonymity through pseudonyms, they instead work to curate over-the-top, Soviet-themed personas reminiscent of the bygone Cold War era.

In their fictitious narrative, Soviet Fourth Grader supposedly emigrated from the fictional Stanislavia, a nonsensical amalgamation of socialist Eastern Bloc stereotypes. As far as their music goes, they never let up on this caricature — their website hosts a farcical press release from Stanislavia’s “Technical Institute of Recordings,” a state-owned school, and their music videos feature them performing in thick snow, donning Soviet Army-like ushanka caps. They even conduct full interviews in thick, faux-Russian accents, convincingly creating near-Borat levels of parody.

Due to their half-joking nature, it’s initially hard to glean the true inspiration behind Soviet Fourth Grader’s blitz into the musical landscape — “We sing George Michael while working on the beet farm!” boasted Anatoli before breaking into an unintelligible rant — but it’s clear they hold a well-studied appreciation of their American punk forbears, both musically and politically.

“We think big ideas, but we are like fourth-grade children,” Anatoli said, alluding to the band’s name.

“Maybe you are fourth-grader,” Konstantinos added.

Anatoli laughed, “That is why I become a musician, cousin!”

Despite their off-kilter presentation, which could easily be written off as a post-modern gag, the band uses their Soviet motif to construe the image of a horrified outsider looking in at the fire and brimstone of the United States in 2020. This perspective is cohesively presented on their debut album, “Atlas Sharted,” which was self-released on Bandcamp shortly before Election Day, on Nov. 1.

“We come to America and are very disappoint by many things, but we make a CD of it,” Anatoli said.

A reactionary project, “Atlas Sharted” was written by the band after the inauguration of President Trump. Soviet Fourth Grader wields the austere, outdated aesthetics of oppressive S.S.R. regimes to draw comparisons to modern American governance, or as the band blatantly puts it, “Trump’s four-year campaign of spiritual sodomy” on democratic institutions. In that sense, Soviet Fourth Grader largely sticks to doing what the punk genre does best: calling out the systems that deserve to be called out.

The 12-track project is filled with driving guitar riffs that take inspiration not only from Ramones-era punk but also nu-metal, surf rock, and at times, droning art-pop. Alongside the flavors of genres they curate, most tracks contain layers of social study and crude satire on American culture, delivered both in screaming hooks and frantic spoken-word segments — an obvious nod to the group’s love of the Dead Kennedys. The performance art-like commitment to their act, combined with scathing critiques of American political institutions, also draws thematic comparisons to the Moscow protest-rock group Pussy Riot, known for their controversial commentary on Russian President Vladimir Putin.

One of the album’s highlights, “Everybody Hates Greg,” features a spoken-word ramble over a jittery guitar loop reminiscent of the Talking Heads. “I’ve answered enough questions, you know? / I didn’t have to answer questions when I ran my businesses and made millions / The only questions I answered were the ones I wanted and things worked out really well,” whines Anatoli in a neurotic impression of a certain commander-in-chief, before the song’s thrashing outro rightfully likens American politics to a brutish cage fight (“I get elected too many times and see those term limits? Bodyslam!”). Through moments like those, which may very well encapsulate the jumpy, strung-out attitudes many Americans hold after four years of chaotic politics, it’s hard not to appreciate the album’s infectious absurdity.

But is it just for shock comedy? Certainly not. Beyond the virulent narrative, Anatoli and Konstantinos insist that “Atlas Sharted” is an idealistic protest against the systems they describe. In a sense, it’s their own method of moving the needle a little further towards justice.

“Maybe we can do something better if we are not all dead because of global warming,” Anatoli said. 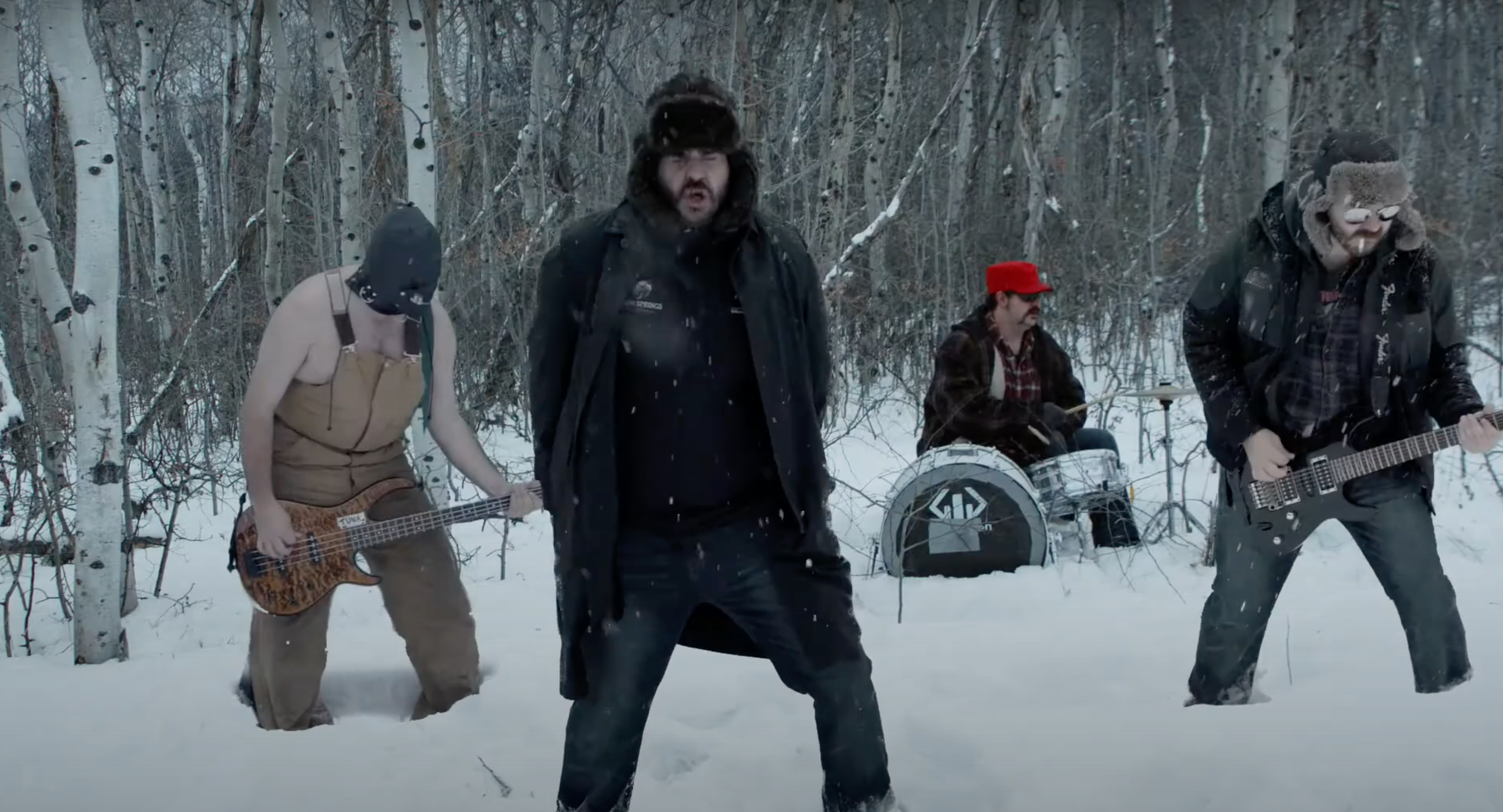 To break up the doom and gloom, Soviet Fourth Grader injects random bursts of humor, like a minute-long acapella about beef stroganoff. Apparently, these are remnants of a revolutionary rock opera about “the moral failing of all modern society,” but instead, the band settled for a concise punk record. Regardless of the scale and scope, these moments of non-sequitur give the album a shining sense of personality rarely seen in protest music.

“You must struggle against inequality, but you can lose the humor doing that,” Konstantinos explained. “That is why we hold the rubber chicken (in our fists) and not the machine gun.”

Going forward, Soviet Fourth Grader has plenty of fight left in them. For the moment, they alluded to a forthcoming sophomore album, “Comrade Dolphin,” which is apparently set to be a blistering review of modern environmentalism, COVID-19 government policy and even the exploitation of Amazon employees. Disappointed with humanity in 2020, they chose instead to name the album after an animal.

“Animal is more ideal and sincere than the human,” Anatoli explained, before giving his best impression of a dolphin’s cackle.

And beyond that, the band doesn’t show any sign of losing steam. In a world fighting an ongoing pandemic and an escalating climate crisis, while bigotry continues, Soviet Fourth Grader has plenty of material left to make music about.

“It is good that we have flushed Donald Trump’s head down the toilet, but it is still not much of an upward movement. More lateral,” said Konstantinos, explaining his lingering dissatisfaction with President-elect Joe Biden and other centrist politicians. “So do not be complacent! Sitting back on laurels is how the rich win.”

Soviet Fourth Grader’s music and information can be found here.