CU football team is doing its best to stay healthy 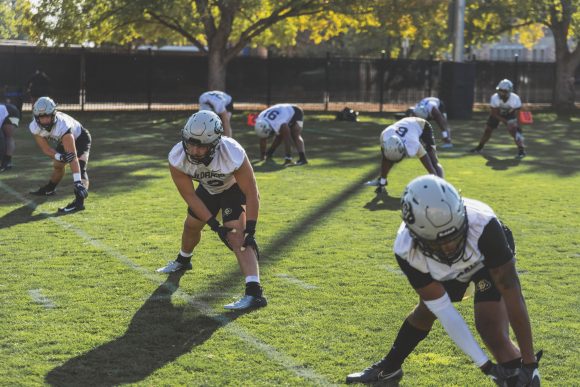 CU’s defense stretches out before practice at Franklin Field on Oct. 10. (Courtesy of CU Athletics)

Whether it’s due to COVID-19 or a more common playing injury, football players in the NCAA and NFL have been sidelined at a disturbing rate in 2020.

Knock on wood now before you continue reading, but it was a relief for University of Colorado head football coach Karl Dorrell to say the Buffs have had zero positive COVID-19 cases and have been generally healthy after one week of fall camp.

“We got a few nicks and bumps and bruises from practice, but no one of real significance as of yet,” said Dorrell, who promptly knocked on wood.

While the immune system has been most people’s primary concern in 2020, the Buffs are also paying extra attention to soft tissue injuries. No spring football and a two-month delay for fall camp are unprecedented in today’s age and Dorrell has tried to mitigate the system shock.

“They’ve done a great job of buying into the post and pre-practice stuff that we’re doing in the mornings, (with) drinking and hydrating,” Dorrell said. “I think all of those things are really helping with the injuries. We’ve had a few guys with some soft tissue injuries like some mild hamstring pulls and groins, but that’s going to be a given when you’re in camp.”

Six-foot-2, 290 lbs senior defensive end Mustafa Johnson said that the potential for soft-tissue injury is a “big concern” and he is putting in extra work to keep his body loose. It takes about two hours for the entire team to complete COVID-19 testing prior to practice and Johnson said he has used the stagnant time to prepare his body. 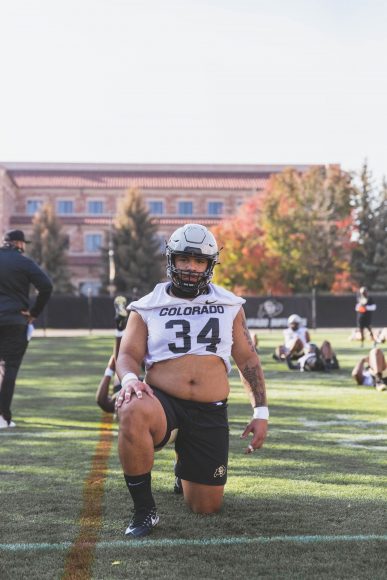 “There’s a whole big, open field where people are stretching, foam rolling, doing anything that they need to take care of their body, make sure they’re safe,” Johnson said. “And then all in all after that, they’re making sure that we’re hydrated all times and making sure that we have food, all those important things.”

Senior wide receiver K.D. Nixon doesn’t quite have the same dimensions as Johnson, Nixon standing 5-foot-8 and 190 lbs, but it’s the same kind of preparation for Nixon.

Colorado has now had three practices in full pads and will bump up the intensity with an intrasquad scrimmage on Oct. 17.