Pac-12 fall football may come back, but questions still loom 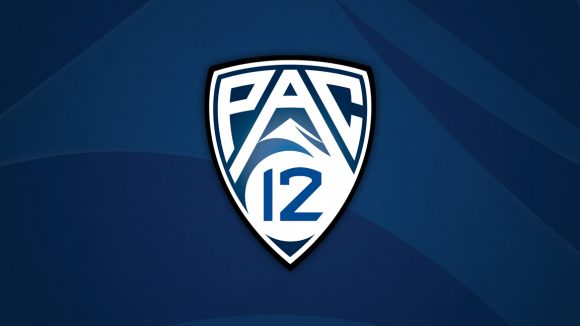 The question might not be if there will be Colorado football this fall, but just exactly when… and with whom? As the Pac-12 CEO group prepares to meet on Thursday, rumors swirl around of a makeshift season being put together in the recent weeks. However, reversing course—while possible—will be far more complicated than most realize because of local restrictions on some schools due to the current pandemic and dissent arising from within the “Conference of Champions.”

After the long summer of COVID-19 and believing that having a season would be unsafe, four conferences in the NCAA Football Bowl Subdivision, including the powerful Big Ten and Pac-12, declared that they were postponing fall football with hopes of playing in the spring. There would be no football in the fall at the University of Colorado for the first time since the team began playing in 1890. To put that into context, the forward pass would not be introduced until 1906.

Many speculated that the remaining six conferences, including the remaining Power Five leagues in the ACC, SEC and Big 12, would follow suit. However, the other conferences have forged on, believing that college football could be played safely. Now as the season may very well go on without them, a mad dash has ensued amongst the postponers to see if the ship can be turned around. Players, coaches, fans and even President Trump have spoken out that they want football to be played in the fall and that players, who are the ones at risk, should decide for themselves whether they play or not.

CU’s historic rival Nebraska was first in line to push for the Big Ten to play and, despite some haggling within the structure of the league over the topic, the deal got done. The league will resume play on October 24th. The Pac-12 had received a much needed boost only a few weeks prior, as the Quidel Corporation signed on to provide universal rapid testing throughout Pac-12 athletics, making it possible to protect players sufficiently earlier than the conference originally thought was possible. However, despite this development, the league still has extra hurdles to clear if it wants to return to the field alongside their former conference foe anytime this year.

California and Oregon, where six of the conference’s 12 members reside, have kept a tight lid on college athletics in comparison to the rest of the country in response to the pandemic. Gov. Kate Brown of Oregon proclaimed in May that the state would loosen up COVID-19 restrictions on football to avoid Oregon and Oregon State being at a competitive disadvantage as long as California signed off on playing as well. Following the Big Ten announcement, players at USC quickly signed a letter to Gov. Gavin Newsom of California, asking that they be allowed to have a season. Then, soon after, an encouraging answer came at his virtual press conference last Wednesday.

“I want to make this crystal clear: Nothing in the state guidelines denies the ability for the Pac-12 to resume. Quite the contrary,” Newsom said.

Although Newsom also said he believed that teams will be able to practice in cohorts of 12 as restrictions maintain (a statement refuted by Pac-12 officials), he did show a willingness to work with the conference on these limitations, and the burden essentially was put on local counties for approval. Reports have indicated that Los Angeles County almost immediately gave the go-ahead to USC and UCLA and that negotiations were ongoing for Stanford and Cal’s localities, but internal dissent has come about and complicated the situation further.

Much of the disagreement has centered on when the season would start, with some believing that teams could be ready by Halloween and others in favor of a later opening. Famed sportscaster Dan Patrick has reported that the league plans on holding a six game season starting on November 7th, followed by a Big Ten-style championship week to allow the schools to play a seventh game against seeded opponents.

However, one school has apparently maintained that fall football is impossible without compromising their values. According to R.J. Abeytia of 247Sports, Stanford University has stated that they think any arrangement allowing for football would be unfair to the rest of the student body. They claim that the higher level of care and testing players will receive is unfair and can be seen as benefits that other students do not receive. However, the reinstatement train might be going too fast for the Cardinal to stop it, as the report also stated that the conference will likely hold a season with or without the school. The former Pac-10 and current Pac-12 could be the Pac-11.

So, as the point of no return approaches for getting teams ready for fall football, there remains many question marks looming over the all-important Pac-12 meeting this Thursday. Have restrictions been loosened enough in meetings with county and state officials in California to resume practices? Can the league convince Stanford to go along with the plan and, if they do not, will the others play on without the Cardinal? If these two point to a season being played, when will the exact start date be? Can teams that are ready earlier than others potentially schedule out of conference opponents? The Mountain West is discussing bringing back fall football as well. Could the Rocky Mountain Showdown be played in that scenario?

These questions and more will be answered soon, but in the meantime, all the Colorado fans and players can do is wait and see if the Buffaloes will get the opportunity to roam in Boulder for the 130th straight year.