What could have been, and what could be: A look through CU football’s Pac-12 opponents 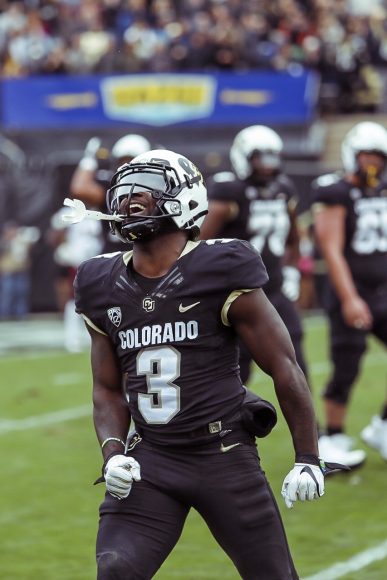 With the suspension of the 2020 Pac-12 football season, it has been a quiet fall for University of Colorado Buffaloes fans. Even with a revised conference-only schedule, the coronavirus concerns were too high. As we watch other Power 5 conferences play on, we can only predict what could have been for those Buffs. Holding out hope for the spring (or perhaps earlier), here is a look at the matchups Colorado would have faced.

The Buffs would have opened up in Eugene against a very tough Oregon Ducks team. While they did lose their star quarterback Justin Herbert to the NFL, Oregon returned a good amount of starters from last year. Their defense was supposed to be one of the best in the country and with an inexperienced Colorado team, CU would drop their first game of the season in blowout fashion, 45-10.

In their home opener, CU would have played host to their Rocky Mountain region rivals in the form of the Utah Utes. While last year’s meeting did not end well for the Buffs, 2020 would have fared much better. Utah lost a lot of their starters from last year’s team but still would have fielded a better team than CU. That being said, Utah wins a close one, by a final score of 28-24.

In their first win of the year, Colorado beats a very broken Arizona Wildcat team that seems lost in the Pac-12. While Arizona won last year’s meeting thanks to quarterback Khalil Tate running all over Colorado’s defense, Tate is gone and Colorado now has their own dual-threat quarterback in Brenden Lewis. Colorado gets the win in a high scoring game, 45-38

Yep, the woes against the USC Trojans continue. Colorado had their best chance to beat them last year, but couldn’t close out the win. Now, quarterback Kedon Slovis is a Heisman candidate and USC is poised to be a front runner for the Pac-12 title. Colorado puts up very little fight in this one, getting blown out by a score of 35-7

Ok, stick with me here. Last year, CU marched into Tempe and beat a ranked Arizona State Sun Devils team in a high scoring game. This year, I see a big upset happening in the Pac-12. Colorado continues its success against the Sun Devils and beat Heisman candidate quarterback Jayden Daniels in another high scoring affair at Folsom. Colorado wins 35-31 and goes to 2-3 on the season.

Yep, I said it. Colorado gets a nice little win streak going with a road win in Seattle against the Washington Huskies. Now, this Washington team lost not only their quarterback but their head coach as well. So, you can say they are in a bit of a transition period and CU takes full advantage. The Colorado defense shines in this game and pulls out a gritty win, 21-10.

Coming home off a big road win, Colorado carries that momentum into a showdown with the UCLA Bruins. CU lost a frustrating game last year at the Rose Bowl against a weak UCLA team and in 2020, CU uses the altitude to their advantage and win their third straight game, 28-21.

Like any good streak, it has to come to an end in the worst way possible. The Stanford Cardinal are a tricky team, disappointing many with a 4-8 record last year but this year, they beat a red-hot CU team in Palo Alto. The Buffs offense goes silent and fails to score any points in their first shutout loss of the season, 21-0.

After an embarrassing loss to Stanford, Colorado comes home and has a statement win over the Oregon State Beavers. CU clicks on all sides of the ball and does not let history strike twice, blowing out Oregon State, 35-7. With this win, Colorado improves to 5-4 and won’t finish the shortened season under .500, a first since 2016 for Colorado.

Colorado finishes the season on a high note, beating a Washington State Cougars team that blew them out last year in Pullman. Washington State lost their strong-armed quarterback Anthony Gordon to the draft and have no luck against a persistent CU defense. Colorado wins their season finale 21-3 to finish 6-4.

When all is said and done, Colorado has a very surprising season and goes 6-4. While they don’t win the Pac-12 South, it is a huge step in the right direction and a great first year showing from head coach Karl Dorrell. Faith is restored in the Colorado football program and fans look forward to a promising 2021 season. Unfortunately, we may never get to see this season pan out and can only think about what could have been.