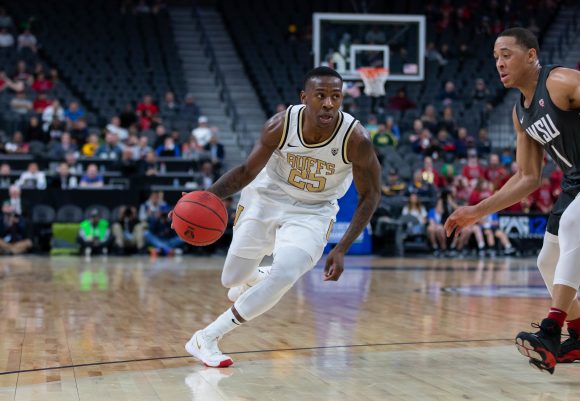 Colorado Buffaloes men’s basketball was given a huge boost going into the 2020-21 season as rising senior guard McKinley Wright IV announced his return to CU for his final season. Wright had entered the NBA draft to test the waters, but made the decision to pull out.

“We got unfinished business,” said Wright on a Zoom call this past week. “We have a lot of seniors returning as well as a lot of new guys stepping up into big roles this year. It’s going to be a really fun year.”

Wright felt like he received positive feedback from NBA scouts and was given advice to improve his game.

“A lot of teams gave me feedback on what I do well in transition,” Wright explained. “Stuff off the ball screen, my competitiveness, as well as my defensive intangibles I use. Some areas I could improve in as well; like my assist to turnover ratio.”

Colorado can attribute a lot of last year’s success to Wright IV, who saw a lot of potential in the team before the season was cut short due to COVID-19. A Pac-12 championship and an appearance in the March Madness tournament were all driving factors in his return to CU.

“A childhood dream is March Madness, I’ve been watching since I was a kid,” Wright said. “I feel like we have a really good chance of going back this year, we bring back a lot of pieces.”

Possibly the biggest driving factor to Wright’s return is the opportunity to finish his college degree, a first in his family.

“A big factor to me coming back to school is that I will be the first in my family to ever get a college degree,” said Wright, who is an ethnic studies major. “My grandparents are excited about that, as are my parents and I’m excited about that as well.”

Wright’s leadership abilities will also be appreciated come winter. Wright had high praise for sophomore guard Keeshawn Barthelemy who was set to take over Wright’s place on the floor.

“I expected a lot from Keeshawn and he knows that,” Wright said. “He puts the work in so I am highly confident that he will show out this year. I got to get my assist numbers up, he’s going to be coming for my records.”

Although the Buffs were already going to be without key graduated senior’s Lucas Siewert, Shane Gatling and NBA hopeful Tyler Bey, CU could still be poised for a successful season with Wright returning and plenty of emerging talent.