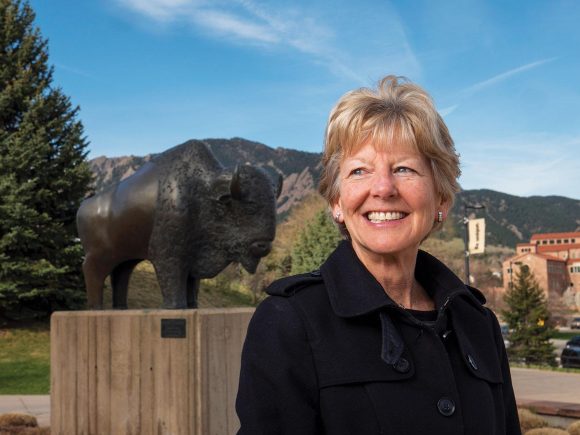 University of Colorado athletic administrator and former women’s basketball coach Ceal Barry is retiring at the age of 65 after 37 years with the school. Her retirement will be effective on July 1.

“It’s the right time,” said Barry in a press release. “I’ve thoroughly enjoyed my time in intercollegiate athletics, and I couldn’t have picked a better place than the University of Colorado to spend the vast majority of my career.”

Barry coached the women’s basketball team from 1983 until her retirement in 2005. After ending her coaching career, Barry began working in the school’s athletic department where she worked as the associate athletic director, senior women’s administrator and many other positions.

“I can’t express what Ceal has meant to this university, (this) department and to me personally,” said CU Athletic Director Rick George. “Ceal has represented all of us in such a dignified way throughout her career.  She has accomplished more than most as both a coach and then as an administrator and has had a career that will leave its mark on CU for years to come.”

Barry’s collegiate basketball journey began as a player at the University of Kentucky. After finishing her playing career, she was hired as a graduate assistant at the University of Cincinnati in 1977 and eventually served as the head coach from 1979 to 1983 when she left for Colorado.

Barry went on to coach the Buffaloes for 22 years and helped turn the program into one of the most successful in the nation.  She guided the Buffs to four conference titles and 12 appearances in the NCAA tournament. In that run, CU made the Sweet 16 six times and the Elite Eight three times.

The team’s success led to Barry winning four Big Eight coach of the year awards and her 427 wins still make her the winningest coach in CU history. Her legacy was cemented in 2018 when she was elected into the Women’s Basketball Hall of Fame.

“Ceal Barry’s positive impact on our student-athletes and this university have proven immeasurable, both as a coach and an administrator,” said CU Boulder Chancellor Phil DiStefano. “Her legacy is one of an innovator, mentor and pioneer whose work elevated the opportunities for female athletes and inspired countless student-athletes to reach their full potential both on and off the court.”

Barry will walk away as one of the most beloved and respected figures in CU athletics history.

“I grew as a professional from the guidance of all the directors, so I have been very fortunate,” Barry said. “I spent over half my life in a beautiful place, a great community and in a department that mentored me from a young coach to a senior level administrator. It was a privilege to remain at CU for 15 years after retiring from coaching and be involved in so many aspects of athletics and working to make a variety of things better for the student-athlete.”