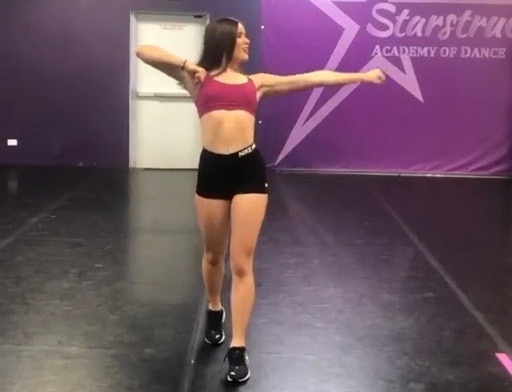 In a trying time when spirits can be low, the University of Colorado Boulder’s Colorado Spirit teams have found a way to keep Buff pride alive for the upcoming school year by moving tryouts online.

Colorado Spirit’s Cheer Team (both all-girl and co-ed), Dance Team and Chip Team will still be set for the 2020-2021 academic year despite COVID-19’s disruption of in-person campus events. Still, online tryouts, which began earlier this month, have been testing for students.

“The hardest thing about virtual tryouts is that it’s hard to portray the emotion you are expressing when dancing through video,” said Dance Team junior dancer Peyton Book.

Book has been preparing for Dance Team tryouts through attending team clinics, technique classes and any opportunity to personally interact with the coaches. This year has been a completely different experience. When she found out tryouts were online, she couldn’t help but feel a little nervous about how things would go.

“The hardest thing about virtual tryouts is that it’s hard to portray the emotion you are expressing when dancing through video.”

Tryouts consisted of a video submission that allowed participants to showcase crucial dance techniques and skills required to make the team. Following the initial video submission, cuts were administered and those that remained were given the opportunity to be interviewed by the head and assistant coach.

The last round of tryouts consisted of jazz and pom routines. Within minutes of the routines being released by coaches, participants submitted a video of their performance. Coaches also tested improvisation skills by releasing songs that contestants had to dance to and create another video submission for. Dancers had no idea what to expect when it came to both the routines and songs.

After lots of hard work and multiple videos, the coaches chose who made the final team of 21 dancers.

On Saturday, Book, along with 20 other dancers, were notified that they made the cut after almost a week since the tryout process began. She will return for her third year as a team veteran this fall and is excited, yet curious, to see how the team environment will play out amidst and uncertain future.

“With everything that is going on, there is still a lot of uncertainty around the nature of how things around campus will be during the upcoming school year like whether we will have in-person classes, sports or events of any sort,” Book said. “I am still very proud and thankful for my team and to cheer on the Buffs no matter what.”

The CU Cheer Team, consisting of an all-girl and co-ed cheer team, followed a similar tryout approach that consisted of video submissions where tryout participants showcased critical cheerleading skills and technique, followed by interviews, with rounds of cuts. The final announcements were also made Saturday.

As for tryouts for CU’s famed costume mascot, Chip told the CU Independent it is the only spirit team that has the luxury to temporarily hold off on tryouts due to its smaller and more personal nature.

“Chip tryouts are different than the other teams since we can’t really get a full picture of someone’s technique and capabilities on the team without being able to get them in the costume, so we are holding off on tryouts until we can host them in person,” the buffalo mascot said.

CU students interested in trying out to become the next Chip can email CU spirit manager Lindsey Edwards at lindsey.edwards@colorado.edu or CU spirit coordinator and mascot coach Michael Kussin at michael.kussin@colorado.edu for more information.