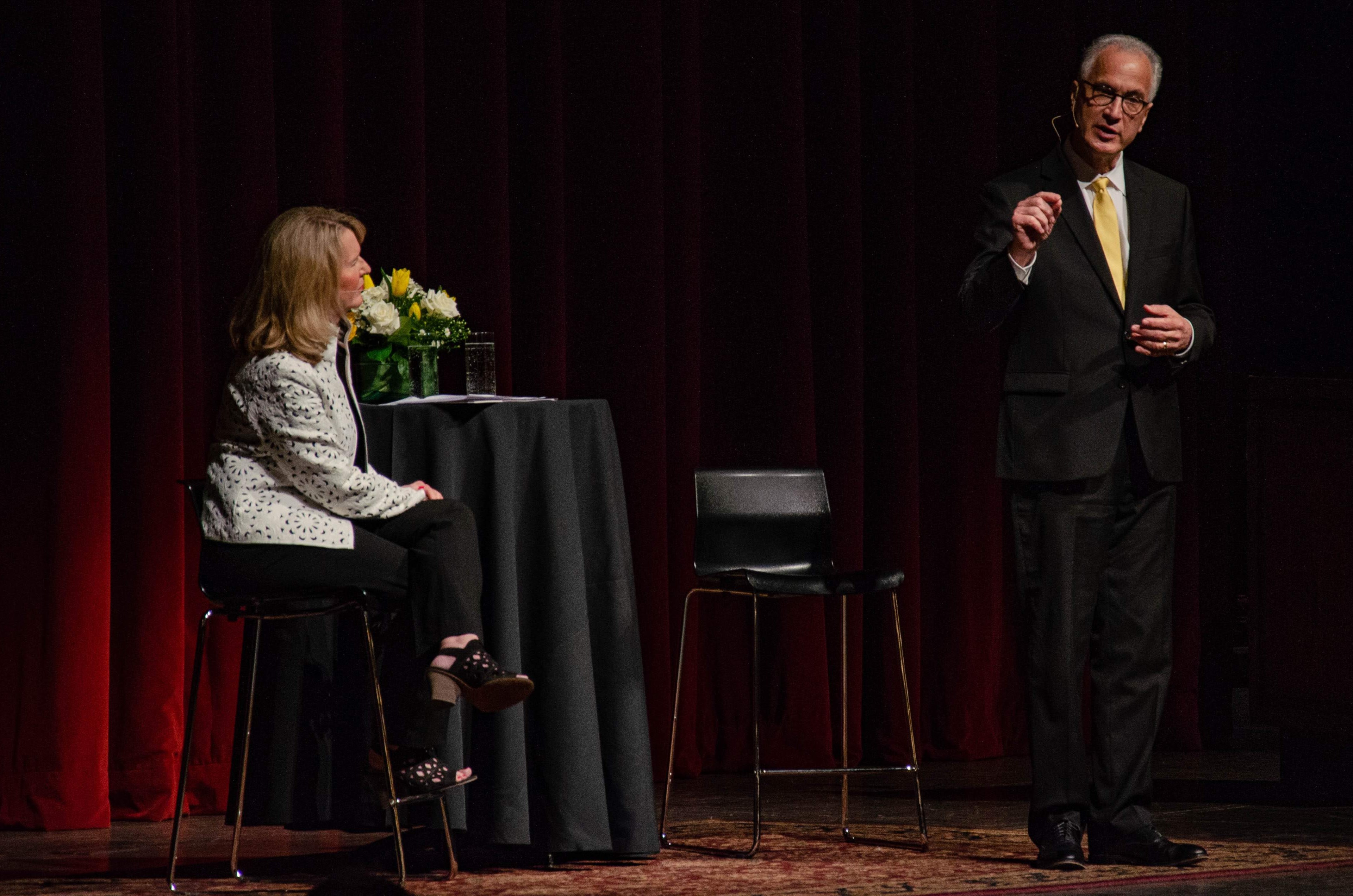 Prior to his appointment as system president, Mark Kennedy takes audience questions during an open forum on the CU Boulder campus. April 26, 2019 (Hunter Allen/CU Independent file)

University of Colorado system President Mark Kennedy announced in an email to students, faculty and staff that he and his executive team of seven vice chancellors, as well as CU’s four campus chancellors, will be taking a 10% pay reduction through furloughs.

This comes as CU braces for major financial losses as the coronavirus pandemic continues to threaten the economy. The fiscal year financial impact on CU Boulder is estimated to be $67 million, according to an email to CU staff and faculty from Provost Russell Moore and Chief Operating Officer Patrick O’Rourke. Kennedy already floated the possibility of furloughs for certain campus employees.

“During unprecedented times it is important that the leadership team and I do our parts,” Kennedy said.

Kennedy’s annual base salary is currently $650,000, an 81% increase over his predecessor Bruce Benson. This is set to increase on July 1 to $850,000, as per his contractual agreement with CU’s Board of Regents.

However, Kennedy’s total compensation for the past year, his first as CU president, is expected to be $850,000 after he receives four bonuses at $50,000 each for completing specific performance objectives. These include initiating a system-wide strategic plan, creating a campaign to support diversity and outreach efforts with alumni, donors and rural Coloradans.

According to CU system spokesperson Ken McConnellogue, three of these objectives have already been met and CU’s regents expect the fourth to be completed next month. He said furloughs are expected to go into effect no later than July 1.

“We don’t expect an improvement in our budget situation any time soon; in fact, we expect it to get worse, so they could be in place for some time,” McConnellogue said in an email to the CU Independent.

Current forecasts estimate Colorado’s state budget could be down by $3 billion. If the economy ends up being similar to that of the Great Recession, CU could face a $91.3 million decrease in state funding.

CU Boulder mask mandates to be dropped on March...