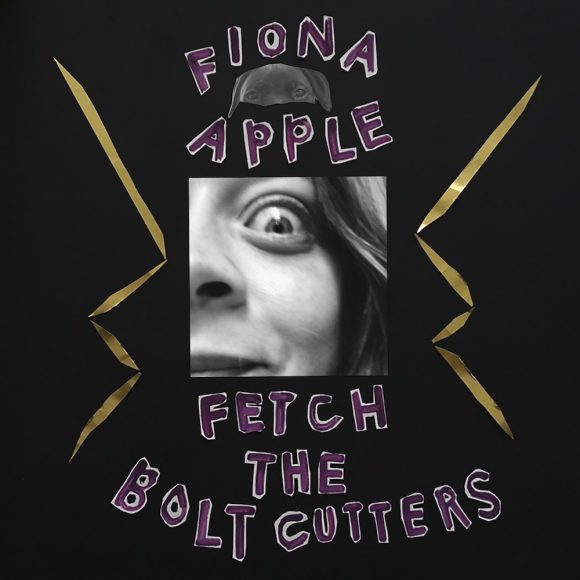 “Fetch The Bolt Cutters” sees the musician moving her sound even further inwards after eight years out of the public eye. It is unfortunate—yet strangely appropriate—that this album was released while most of the world is isolating itself, forced to replicate the reclusive behavior that Apple is known for. She invites the listener into her mind and into her Venice, California home where most of the album was recorded. The results are devastatingly beautiful.

Apple’s rise to fame in the ’90s was meteoric.

As the world came to love and idolize her songs about love and pain, the difficulties of stardom were too much. She retreated to Los Angeles from New York in 2000 and has lived there since, avoiding any trappings of a celebrity image. On “Fetch the Bolt Cutters,” Apple seems to finally feel secure and full in her songwriting, whereas before the listener had to seep through the cracks just to catch glimpse of what was inside.

“Fetch The Bolt Cutters” throws open the door to Apple’s complex inner life and offers a full spectrum of emotion, fuller than any of her other work, conveyed through carefully crafted lyrics and instrumentation.

The album’s opening track, “I Want You To Love Me,” sets a tone for the rest of the album. It is confessional, but also demanding, forcing the center focal point towards Apple’s message with beautiful melodies and overwhelming vocals. Each track that follows falls apart, then pulls itself back together, only to crumble back into oblivion a few minutes later. “Under The Table,” likewise, is a distinct tone for Apple—its lyrics a conquest of outspokenness. Apple sings, “Kick me under the table all you want / I won’t shut up,” along with “I would beg to disagree / But begging disagrees with me.” Apple does not hide, showing strength in isolation. She knows what she wants to say, and is not afraid of expressing herself.

“Fetch The Bolt Cutters” throws open the door to Apple’s complex inner life and offers a full spectrum of emotion, fuller than any of her other work, conveyed through carefully crafted lyrics and instrumentation.”

This album is the first that has seen Apple with complete creative control. Much of the percussion is literally homemade—she bangs on the walls, on the floor, even an urn containing one of her dog’s ashes. Her voice al takes on roles of percussion; it bellows, shouts, screeches, cracks and whispers.

On songs like “Heavy Balloon,” the drums overtake the piano, proving a perfect match for her shrieking contralto. Apple’s voice cracks as she bellows the chorus, which in turn conjures an involuntary shiver at the caliber of her vocals. She takes the listener through myriad parts of her life, from middle school struggles on “Shameika,” into space on “Cosmonauts” and then back into her current emotional difficulties on “Relay.”

“Fetch The Bolt Cutters” does not suffer in creativity, it is the most abstract of Apple’s albums, yet its message is not lost in translation through progressive instrumentations and structure. Apple meanders freely around each song, often changing directions completely as she so pleases. Tracks like “Newspaper” contain barking dogs that, while likely captured accidentally during recording in her house, feel intentional. Her voice is supported by harmonies, clinking piano and full drums that provide a base upon which the lighter sonic elements can rest.

“Fetch The Bolt Cutters” is a rare achievement from an artist whose popularity and creativity are intensely intertwined. Fiona Apple has given the world an album that will spark emotion and comfort in isolation—a singular creative work that was worth the eight-year wait.

CUI Playlist: Women of the 70s