‘It’s bigger than just us’: COVID-19 forces students to re-examine their own sense of immunity 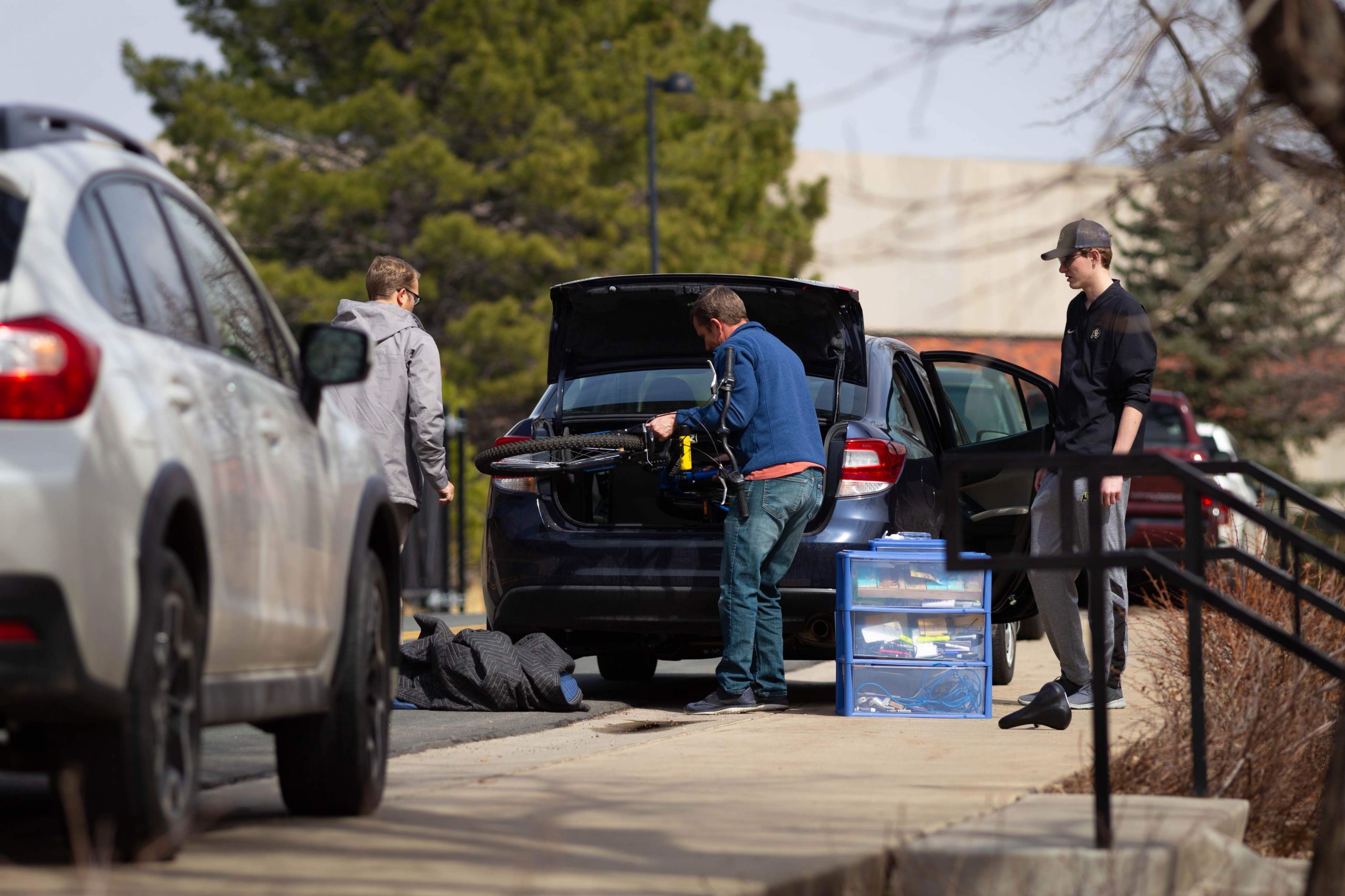 University of Colorado Boulder students move out of their residence halls following the university’s switch to online classes in a bid to curb the spread of COVID-19. March 17, 2020. (Kevin Wu/CU Independent)

It started with a dry cough and a scratchy throat.

Then, just days later, Ryan Berger said it felt like someone had “punched him in the lungs.”

Berger, a 29-year-old non-traditional student at the University of Colorado Boulder, was sure he had been in a two-week battle with COVID-19. A heavy cough, body aches and trouble breathing were all tell-tale signs. But even as symptoms became worse, he didn’t think going to the hospital would make a difference.

“I knew at the moment that they weren’t really testing young people so I thought ‘even if I show up at the hospital, I’m probably not going to get a lot of treatment anyway because I’m a young person,’” Berger said. “I figured, ‘I’m just going to sit here and wait it out.’”

The narrative of younger people’s resistance to COVID-19 has changed drastically since the virus first began infecting people in the United States. While the death rate still remains highest for older people, a March 18 report from the Center for Disease Control found that 30% of all U.S. coronavirus cases were ages 20-44 years old, with that same age group making up 20% of hospitalizations and 12% of ICU admissions.

In Colorado, reported cases are higher among the 20-29 age demographic than those who are 70 or older, according to the Colorado Department of Public Health and Environment.

With this has come a changing attitude among college students and millennials that they may not be as immune as they once thought. Berger said he wants younger people to know what his experience was like so they can take the preventative steps necessary to avoid contracting or spreading the disease.

“In hindsight, had I known what I had gone through, I would have been more careful, because it could have been worse,” Berger said.

Berger said he began feeling ill just days after CU Boulder announced it was moving all in-person classes online on March 11. From being a student in the classroom to a campus employee, Berger’s social circles are large. He knew it was probably just a matter of time before he fell victim to the novel coronavirus.

Symptoms came on like an attack. A tightness in his chest, breathing pains in his back and sharp pains felt in his lungs marked some of Berger’s worst days. His second week with symptoms was one of slow recovery.

While he said other symptoms were on par with the flu, he had never experienced the type of chest pain he had those two weeks.

“It was like losing the ability to breathe,” he said.

Looking back, Berger said it may have been a lack of information that led him to believe he didn’t need to pursue treatment.

“I assumed that having symptoms like not being able to breathe were just part of your average symptoms, but now (with those symptoms) you’re told to go to the hospital. So I would say I was possibly just misinformed,” he said. “I absolutely think that there was this idea that I was more likely to recover because of my age and because I’m more healthy.”

For CU Boulder senior Jenna Porter, a sobering moment came Wednesday when she learned about Colorado’s first reported death of a person in their 20s.

21-year-old Cody Lyster, a Colorado Mesa University student, died of complications related to coronavirus after being hospitalized in Aurora.

While Porter said she knows people her age who are taking the disease seriously, she also knows many others are not.

“I think our age group has this whole concept of ‘it won’t happen to me, I’m invincible, I’m healthy.’ So they’re not taking as many precautions as they should,” Porter said. “It’s bigger than just us. It’s bigger than our health. It’s affecting our economy and people’s jobs and people are now trying to figure out how they’re going to pay their bills. If staying inside and watching Netflix all day is what’s going to help everyone, I don’t see why it’s such a big issue to compromise your social life for a few more weeks.”

Porter is immunocompromised, having developed an autonomic nervous system malfunction at the age of 15, and is taking more extreme measures to keep herself safe. She stays in the basement when family members return to the home and waits until they’ve showered and changed clothes before coming back up. While she’s been able to go on walks with her dog around the neighborhood, she turns the other way if she sees another person.

She said just because someone looks young doesn’t mean people should let their guard down when it comes to being cautious.

“Immunodeficiencies are not visible to people most of the time, so it’s easy to not understand why (COVID-19) could affect your peers,” Porter said. “But because it is invisible you don’t know whose body might not handle (COVID-19) as well.”

Porter’s condition can leave her body reeling from even the mildest colds. In more severe cases, she’s been hospitalized after catching the flu. Though she’s tried to keep her mind off it, she said the anxiety of COVID-19 is “easy to downplay.”

CU Boulder freshman Athena Pentcholov wants people to know the best thing they can do for students with immunodeficiencies is to stay inside.

Pentcholov has been immunocompromised ever since a childhood battle with cancer, which caused her to need regular injections of B cells, a type of white blood cell. She said young people need to realize they are “not invincible” and that while they may not develop serious complications related to COVID-19, by not practicing methods like social distancing, they run the risk of spreading it to someone who could.

“Their actions have repercussions,” Pentcholov said.

Porter said this attitude among younger people in part stems from a disbelief that they too could be at risk of getting sick, but as long as there are people not heeding government and health officials’ directions, she fears the pandemic will continue.

“The sooner everyone takes it seriously, the sooner that we can go back to doing what we want to do,” she said.