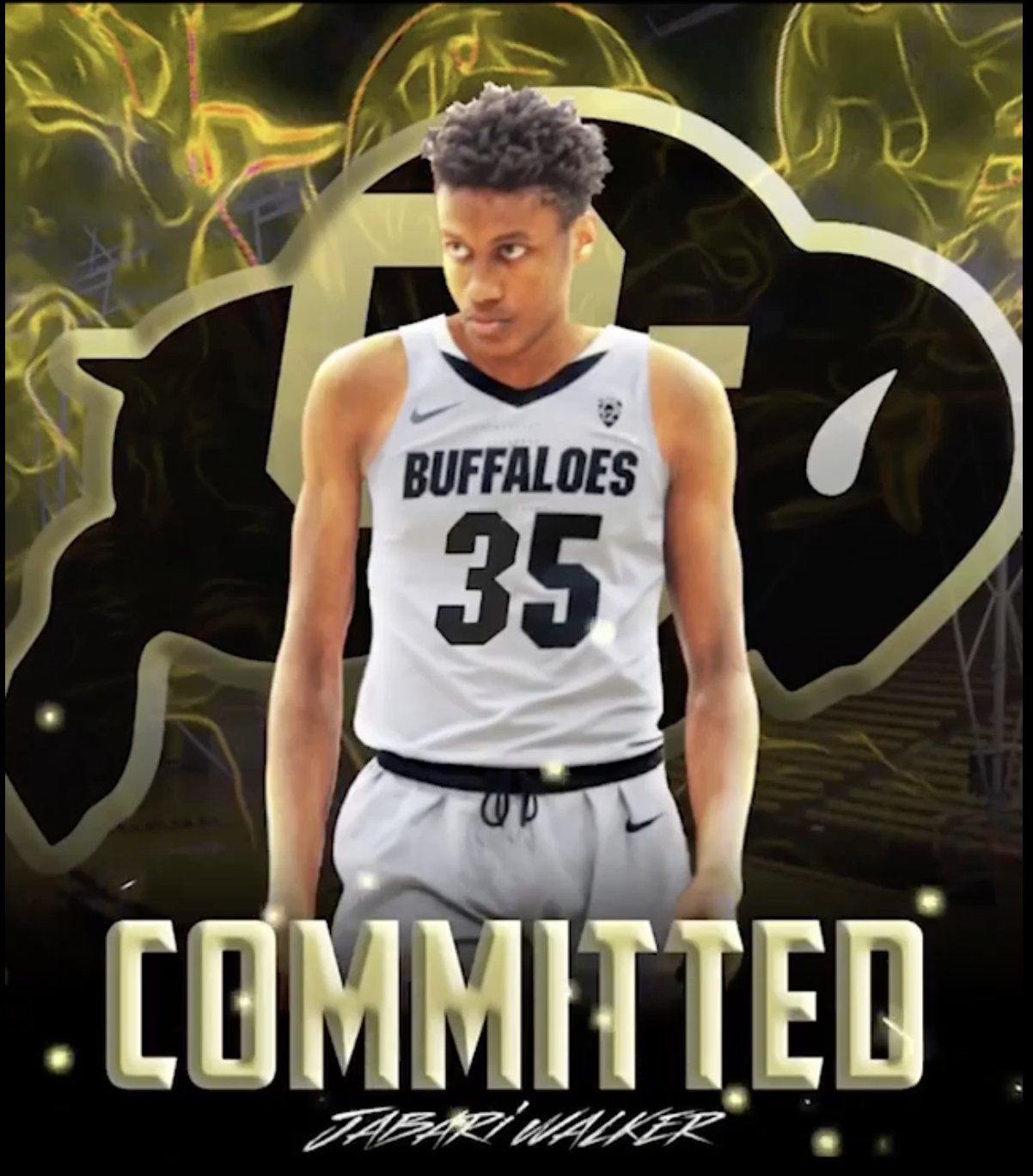 Photo via video from Jabari Walker (@jwalker52) on Instagram.

Following junior forward Tyler Bey’s decision to leave school early and enter the 2020 NBA Draft and senior forward Lucas Siewert exhausting his four years of eligibility, the University of Colorado Boulder’s men’s basketball team will need to fill a major void at the four spot headed into next season. Bey and Siewert combined for over 21 points and 13 rebounds per game. While their play styles differed significantly, both upperclassmen accounted for the bulk of the Buffs’ production on the glass and were able to stretch the floor with their ability from deep.

At 6 feet 8 inches and 195 pounds, Walker boasts significant athleticism. If he can make strides in the weight room at CU he should develop into a valuable asset for head coach Tad Boyle.

Walker, the son of former NBA lottery pick and NBA champion Samaki Walker, held multiple division one offers before trimming his potential schools list to Saint Mary’s, California and Colorado on March 19. Walker is expected to sign his national letter of intent on April 15.

The 6-foot-8 forward is Boyle’s first out-of-state commit and first forward for the 2020 recruiting class. The Buffaloes signed Colorado native guards Luke O’Brien and Dominique Clifford back in November.