Economy, air quality and mental health: Experts weigh in on how coronavirus is touching all facets of Colorado life 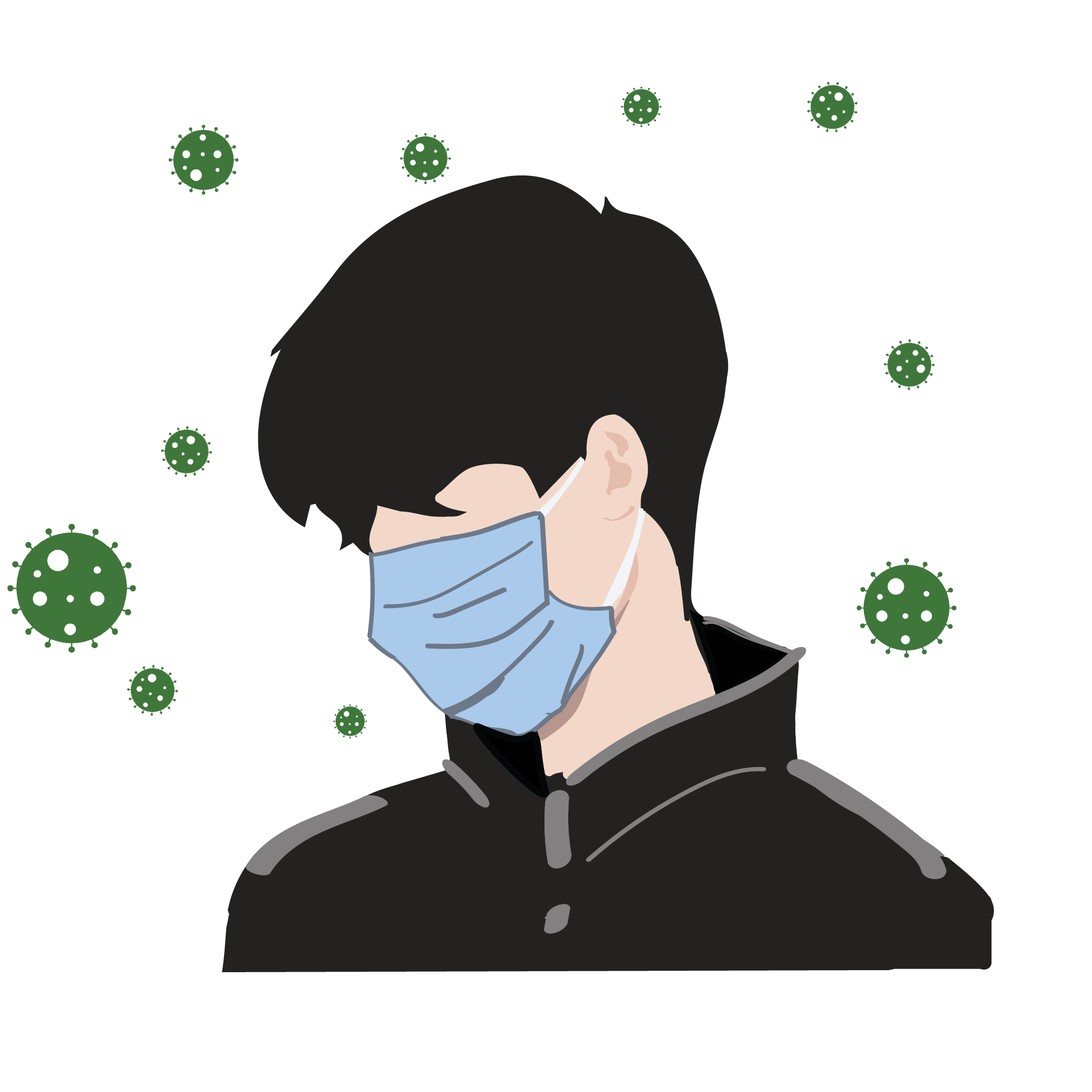 Graphic by Mengchen Gong for the CU Independent

It’s hard to think of an aspect of life that the novel coronavirus hasn’t changed.

The global pandemic has left the national economy in limbo with an uncertain future. It has forced universities to shutter their classrooms and move to remote online learning. For employees, especially those in the service industry, it means loss of jobs and increased financial stress.

To understand some of the most pressing aspects of this multifaceted societal and economic shift, the CU Independent spoke with three experts from the University of Colorado. These researchers weighed in on how COVID-19 is affecting their field and, in turn, millions of Coloradans.

Following a historic $2 trillion stimulus package signed by President Donald Trump Friday, many experts are waiting anxiously to see how the federal government’s financial aid plan will fare for millions of working Americans.

In Colorado, over a quarter of a million jobs are anticipated to be lost by the summer, according to the Denver Post. But it’s unclear just how severe the long-term effects on the state’s economy will be according to researcher Brian Lewandowski.

“One problem is that when we take a look at the economic data that’s available … we don’t have any good basis for analyzing this yet,” said Lewandowski, who has worked for 14 years in CU Boulder’s Leeds Business Research Division.

Lewandowski works with agencies such as RTD and the Colorado Secretary of State’s Office to produce economic reports and forecasts for Colorado. According to him, job loss projections for the state and country will need time before they are able to cement a reliable indicator for where the economy is going.

“As more of this data comes out, we will be able to make more informed estimates about the economic forecast and the economic impact of this event,” Lewandowski said. “But I would say it’s a little premature to go through that exercise too deeply … let’s think about the impact on restaurants.

“We know that there’s the order for restaurants to not have in-store dining at this time, and we know that restaurant employment is one of the largest employment sectors in our economy,” he continued. “But what does that shutdown mean really for state employment? How many of those workers are still at work? Is it 10%? Is it 30%? Because we still have take-out dining and home delivery.”

“It’ll take a little bit more data for us to have a clearer picture of that and to be able to talk with some sort of sense of accuracy about what this means.”

Beyond that, Lewandowski said it is unknown currently how many retailers are continuing to pay their employees and which employers have laid people off and signed them up for unemployment benefits. As we extend this thought process to other industries, Lewandowski said it becomes increasingly difficult to pin down solid numbers. Things get even more complicated with knowing who is being deemed a critical or “essential” employee by a business.

“It’ll take a little bit more data for us to have a clearer picture of that and to be able to talk with some sort of sense of accuracy about what this means,” Lewandowski said.

He mentioned that economic forecasts have become increasingly pessimistic, adding that today’s situation could not have been foreseen two months ago.

Still, Lewandowski said there is hope. He believes once things return to normal, businesses will be met with pent-up demand for consumption.

But Lewandowski also knows that not all small businesses will survive. He mentioned the federal government’s stimulus package as a potential way for businesses to stay afloat, part of which includes money for small business emergency loans.

In terms of the effects of the state’s stay-at-home order, Lewandowski believes Colorado Gov. Jared Polis has weighed the best options as the state navigates the weeks ahead. While some states have resisted a stay-at-home order for fear of doing more damage to their economies, Lewandowski said the economic costs outweigh the potential of a prolonged outbreak.

When asked which industries were of most concern in Colorado, Lewandowski said tourism faces a great challenge. Despite their large slice of the economic pie, Lewandowski is less worried about multinational corporations like Vail resorts. Instead, he fears for the smaller tourism businesses such as rafting companies.

For those looking to help their local stores, Lewandowski said gift cards and increased tips can be vital to both short and long-term help.

As millions stay inside, healthy air will be essential

As millions shelter in their homes following Gov. Polis’ statewide stay at home order, a new challenge is being presented to them: maintaining healthy indoor air quality.

Shelly Miller, a professor in CU Boulder’s Paul M. Rady Department of Mechanical Engineering, has studied indoor air pollutants for 30 years. She said that as people increase their indoor cleaning it is important to still use supplies that won’t be harmful to the air they breathe.

“Don’t use toxic products out of fear,” Miller said, adding that tried-and-true soap is still the best bet to combat COVID-19 and advised people use less antimicrobial cleaners like Triclosan.

Along with more cleaning, Miller suspects at-home cooking will also be on the rise. With this, air pollution can increase, exacerbating pre-existing conditions in sensitive people, such as those with asthma.

“You need to use your exhausts when you’re cooking and you need to open your windows when you’re generating air pollution in your home,” Miller said.

Ventilation and air circulation will also be key to combating the spread of COVID-19 in the home. Those who are self-quarantining should keep themselves in a separate room with windows open and, if they have one, an exhaust fan running. Since more people will be staying home, this may also be a great time to conduct a radon testing to ensure that your family is protected from this toxic gas.

By taking these measures, Miller said, more negative pressure is created in the space and the air stays in a potentially infected person’s room instead of traveling through the rest of the house.

“Don’t use toxic products out of fear.”

As more research continues on the novel coronavirus, studies are beginning to find its possible airborne properties, according to Miller. She explained tests have still not shown if the virus is active in the air. A recent study found that the virus was able to be collected in the air but researchers were unable to culture it.

“Bacteria and a virus need to be active in order to replicate in your body,” Miller said. “And if they’re not active, they’re basically inactive and they’re dead and they’re not going to make you sick.”

Still, it doesn’t mean people should let up their guard when it comes to taking precautions. Miller still recommends wearing some face protection such as a scarf for those traveling outside the home for trips to the grocery store.

Above all, Miller asks people to take social distancing seriously. By keeping at least six feet of distance between one another and limiting the number of people you interact with, Miller said the virus has a far better chance of being contained.

“In the history of infectious diseases we’ve seen it work,” Miller said. “The Spanish Flu of 1918 did not hit Gunnison, Colorado because nobody could even get to Gunnison Colorado (in) 1918, so nobody died from Spanish Flu because they were sequestered.”

She pointed to the 2009 H1N1 flu pandemic in Mexico, where social distancing was practiced but lifted too soon, causing the disease to return.

“This is a public health crisis,” Miller said of COVID-19, adding that it could be months before social distancing restrictions are loosened.

For Colorado students, the mental health challenges presented by the virus could be enormous. As people are forced to take classes online and shutter themselves inside, some may be at risk for developing anxiety or depression, and for those with pre-existing mental health concerns, symptoms may be exacerbated.

“Any of us are likely to be experiencing fear and anxiety, having potential sleep disturbances,” said Courtney Welton-Mitchell, an assistant professor in the Public Health Preparedness and Disaster Response Certificate Program at the Colorado School of Public Health at the Anschutz Medical Campus. She is also a research associate with the Natural Hazards Center at CU Boulder.

Before moving to academia and focusing on disaster mental health intervention research, Welton-Mitchell worked as a mental health practitioner during the 1990s to 2007. She has worked with vulnerable groups, adolescents and adults with a variety of mental health issues and forced immigrants in times of disaster. When it comes to the challenges of COVID-19, her main message to students, and anyone reeling from new or worsening stress, is to maintain and build a social circle.

“It’s critical that despite the physical isolation and distancing we maintain social connection,” Welton-Mitchell said. “There are creative and innovative ways that people are socializing online, having virtual get-togethers, meetups, playing games, parties…We know social support is associated with positive mental health outcomes and can mitigate stressors in one’s life.”

Welton-Mitchell said consumption of alcohol and drugs may increase in the weeks ahead as a way to cope with physical isolation. Along with staying in regularly in contact with peers for social support, she advises students struggling with mental health, including substance use, turn to online telemental health resources. These services she said are becoming increasingly more available and are an easier way to access a mental health provider considering the current stay at home orders in place. She also said certain restrictions to these services, such as regulations associated with billing for telemental health services, have been relaxed due to the current crisis.

“That having been said, I do think that we are potentially facing a situation where the extent of the mental health needs could overwhelm the available services,” she said.

Welton-Mitchell pointed out that some may benefit from utilizing apps and online resources to address mental health concerns. For example, there are apps that focus on self-help for anxiety management, mindfulness and medication, encourage mood diaries and facilitate connection with others facing similar struggles.

“It’s critical that despite the physical isolation and distancing we maintain social connection.”

The build-up of stress over time can also mean people do not realize they need help right away. Welton-Mitchell mentioned the many factors that can contribute to cumulate stress. For students it may include moving to online classes, moving back home, economic hardship, canceled or postponed events, worry for their friends and family and an uncertain future.

It’s also the worry of time.

“I think that that’s where having the social support network is so helpful, checking in with and supporting one another and thinking strategically about how to structure your day, getting up … showering, trying to create and maintain some routine … you’re putting some scaffolding in place to promote well-being,” she said.

As Coloradans wait for a return to normalcy, Welton-Mitchell sees an opportunity to destigmatize the need to ask for help.

“I think it is likely that because in this situation nearly everyone is under some amount of stress, experiencing a dramatic change in life as we know it, this could result in people being more empathetic towards others regarding mental health needs,” she said.

If you or someone you know is experiencing mental health stress, reach out to these resources below: