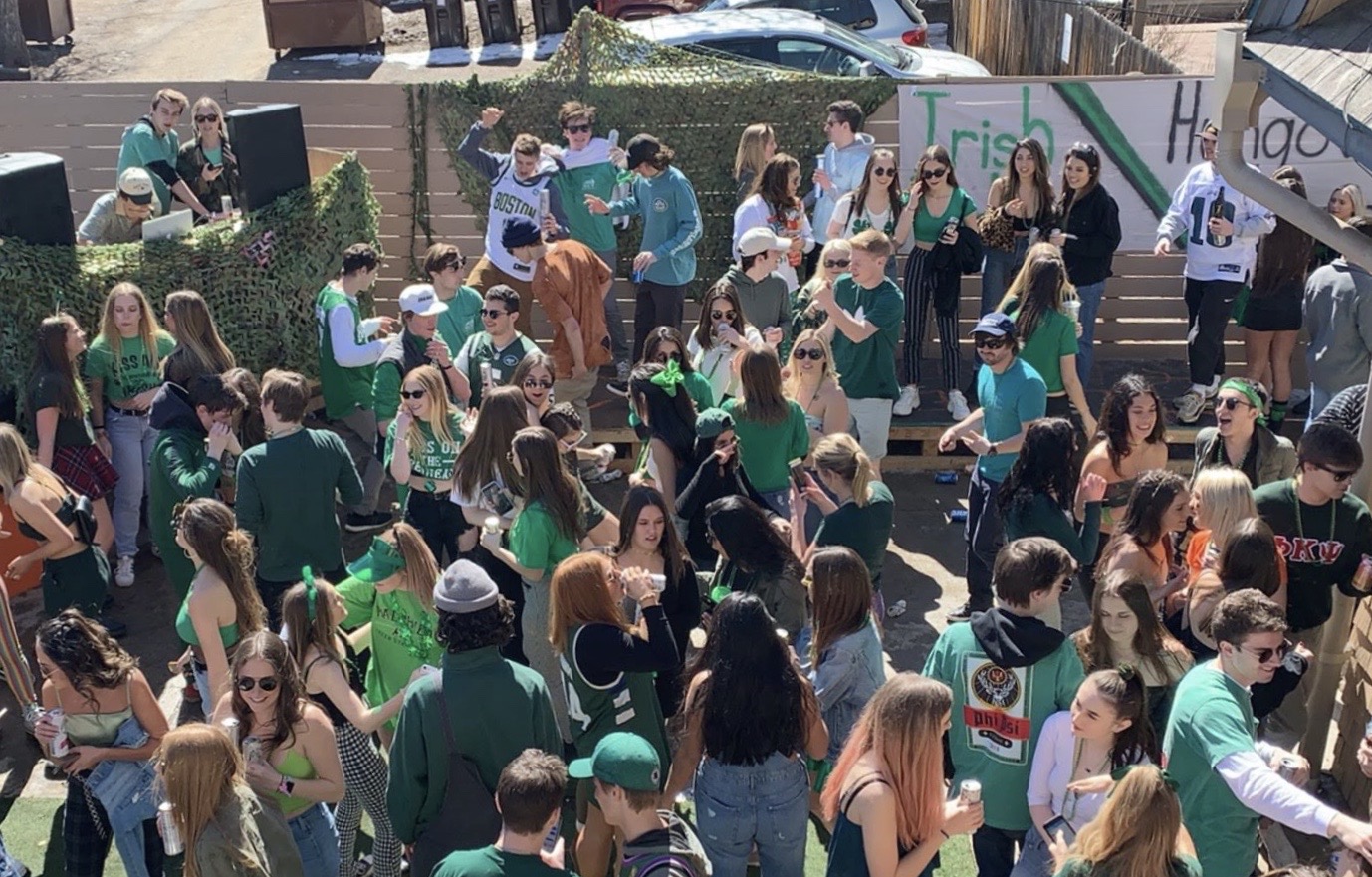 In an email to members of the Interfraternity Council (IFC) on the Hill, spokesperson Marc Stine confirmed Thursday that a University of Colorado Boulder student who attended a party over St. Patrick’s Day weekend and tested positive for COVID-19 is an IFC fraternity member. Stine did not say which fraternity house the student is in.

“He is in isolation and doing fine,” Stine said in an email. “We assume there are more, maybe many more. We do not know how many in the fraternity community, the university and the country may have it. We will probably never know exactly.”

Stine told the CU Independent in an email that he does not know how many parties the student went to or if the parties were fraternity hosted, though he does know the student’s fraternity did not hold any events that weekend.

When asked if the IFC would do anything to figure out who else may have come in contact with the fraternity member, Stine said the organization would “gladly share guest lists if asked” but said vectoring the disease is beyond the organization.

Boulder Police Sgt. Tom Dowd told the Daily Camera that officers broke up multiple parties on Saturday, some of which had around 100 people. Stine, in a previous interview with the CU Independent, said the average number of people at fraternity parties is 150, though they can be as large as 300 people.

On March 12, the same day CU Boulder confirmed its first coronavirus case, Stine said IFC leadership would cancel all social events beginning March 15 but would not force any cancellation of St. Patrick’s Day parties. Instead, Stine said this decision would be left to individual chapters and their leaders.

Boulder County on Tuesday took its most drastic step yet to combat the virus by implementing a ban on public gatherings larger than 10 people. The number of coronavirus cases in the county has risen to 15 as of Thursday, but Stine said the number is “not important now.”

“What is important as fraternity men is that we be part of the solution and not part of the problem,” Stine said in his email to IFC members. The IFC is comprised of 22 fraternity chapters on University Hill that are unaffiliated with CU Boulder.

Stine is also advising all members, including those who live in fraternity houses, to leave the Boulder area if they can, though he said the IFC does not have the authority to force members out.

“You decide what the smart thing is but stay safe,” Stine said.