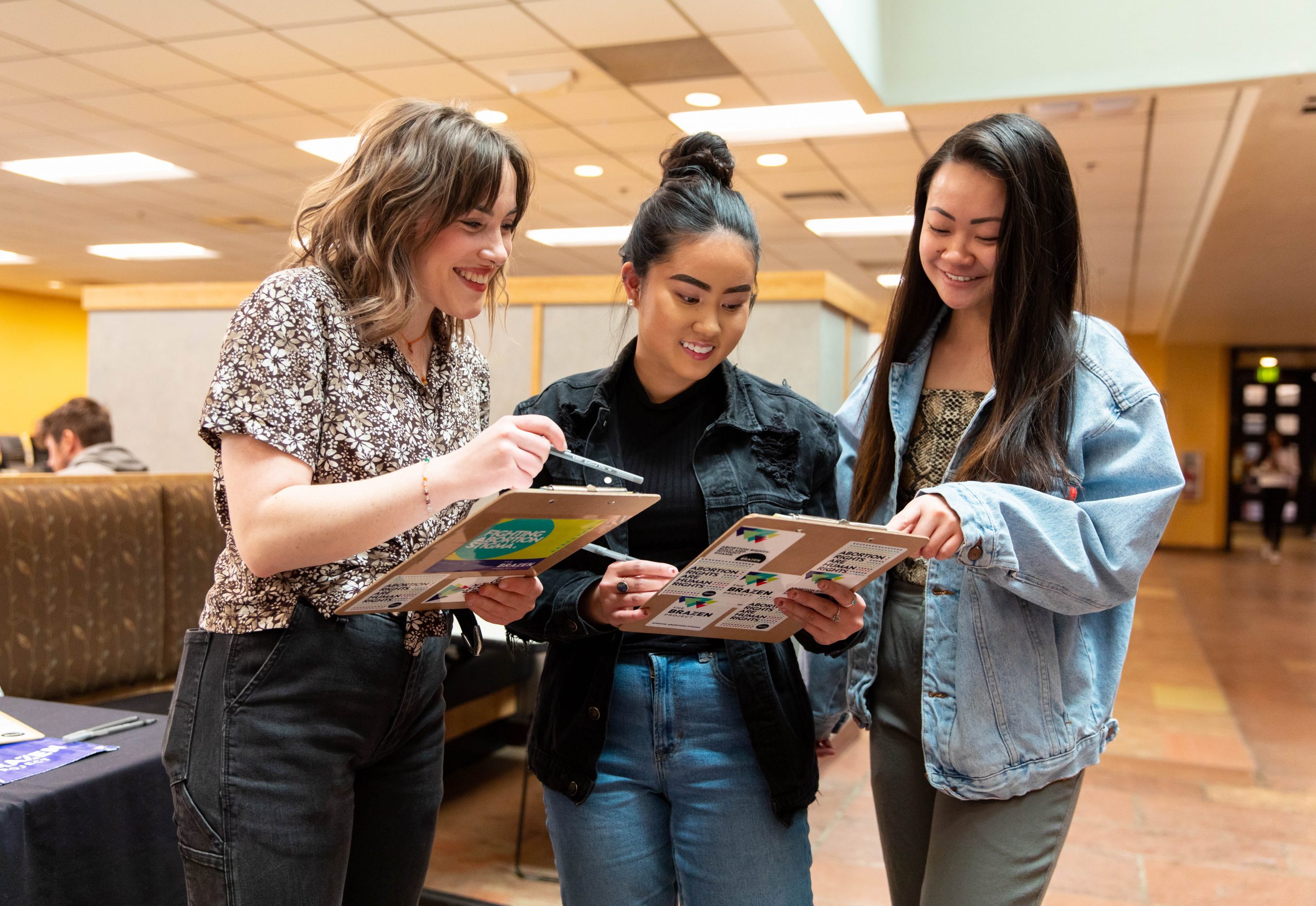 Editor’s note: A previous version of this story misreported that Marisol Health is associated with CareNet, which it is not. The story has been updated to correct this as well as to include new statements from Marisol Health and The Brazen Project.

On the fourth floor of the University Memorial Center (UMC) on the University of Colorado Boulder campus sits an office for a women’s medical clinic called Marisol Health, the only women’s medical clinic with offices on the CU Boulder campus. But according to members of The Brazen Project, a CU student group focused on reproductive rights, Marisol Health is a “fake clinic.”

The term “fake clinic” or “fake health center” has been used by pro-choice activists to refer to clinics that “intentionally mislead women about their reproductive health-care options to block them from accessing abortion care,” according to pro-choice organization NARAL Pro-Choice America.  They are also commonly referred to as crisis pregnancy centers.

“The reason they’ve been referred to as fake clinics is because of the fact they present themselves as women’s health clinics but do not offer comprehensive reproductive health care options,” said Meiwen Liang, a CU senior majoring in anthropology who runs media and visibility for The Brazen Project. Marisol is not considered comprehensive by pro-choice activists, Liang said, because it doesn’t refer people to abortions as a pregnancy outcome option.

“Anti-abortion counseling centers are harmful because it promotes the ideology that women do not (or) should not have full control of their bodies and further stigmatizes abortion,” Liang said. “Abortions are normal and people who decide to have one should be able to.”

Marisol Health is a women’s health clinic and initiative of Catholic Charities Denver. It exists under the broader umbrella of Marisol Services, which also includes Marisol Homes and Marisol Human Services. Along with its outreach office in the UMC, Marisol Health has two locations in Denver and Lafayette. A fact sheet outlining Marisol’s services and medical staff can be found here. 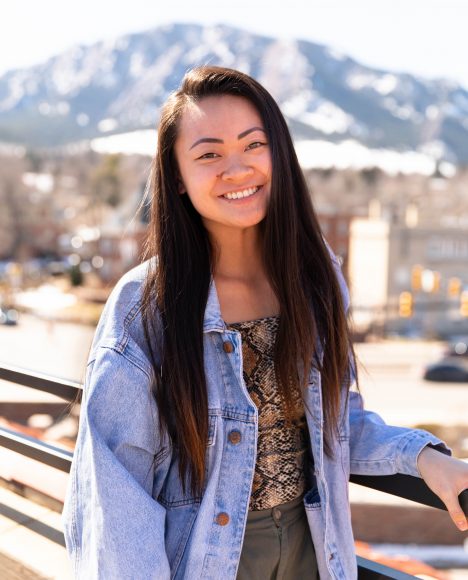 Liang joined The Brazen Project out of her belief in the importance of social justice and activism for young people. She learned about crisis pregnancy centers after The Brazen Project showed a video by Vice entitled “The Fake Abortion Clinics of America.”

The group has been working to spread the word about Marisol and other crisis pregnancy centers by postering around campus and hosting training sessions.

Claims based on ‘unproven research’

Crisis pregnancy centers often claim to have resources to reverse the effects of the abortion pill. A quick visit to Marisol Health’s website reveals a page titled “Abortion Pill Reversal,” which claims that Marisol offers services to reverse the effects of mifepristone (generically named Mifeprex and RU-486), a pill designed to terminate a pregnancy.

“We know that an unplanned pregnancy can be scary and many women make decisions to abort their babies when they are terrified and stressed,” the webpage reads. It goes on to say that many women will, after some time, change their minds about having a “chemical abortion.”

“You’ll find it on almost every crisis pregnancy center website,” said Lily Bisantz, a CU sophomore and event coordinator and coalition builder for The Brazen Project.

Bisantz pointed to the American Congress of Obstetricians and Gynecologists, which has warned that the efficacy of these claims is based on “unproven, unethical research.”

“CU students who may just be needing help or are curious … need factual, unbiased information and Marisol Health is not giving (that) to them,” Bisantz said.

Marisol Health obtained an office in the UMC by applying to become a Registered Student Organization (RSO). RSOs are overseen by the Center for Student Involvement (CSI), a department of the University of Colorado Student Government (CUSG). 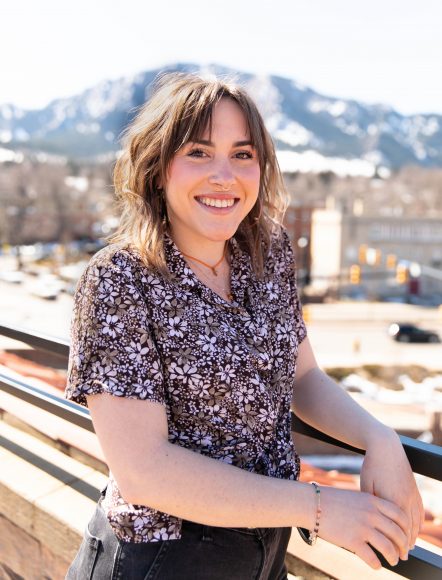 Lily Bisantz on the roof of the University Memorial Center on Friday, Feb. 28 2020. (Casey Paul/CU Independent)

According to the Student Organization Handbook, one of the benefits granted to RSOs includes the “ability to apply for office/locker space within the University Memorial Center  through the space allocation process governed by the UMC and CSI Boards.”

There is currently no language in the Student Organization Handbook that prevents RSOs from spreading false or misleading medical information to students.

“We want them to be able to be here and do their thing but not harm students in the process,” Bisantz said. “As a registered student organization, we also don’t have a ton of power. We’re on the same ground as Marisol Health.”

The Brazen Project works with a strong emphasis on education, with the organization hosting review-a-thons at least twice a semester wherein members leave negative reviews on Marisol’s website warning students about what they perceive as false medical claims.

“I think the education aspect is really important, especially since no one would go to these clinics if they actually knew what their intentions were,” Liang said.

CU graduate and former campus organizer for The Brazen Project Pablo de la Rosa said in a post on Marisol’s Facebook page that the organization is “not a comprehensive health clinic” and criticized it for supporting the idea of abortion pill reversal and allegedly suggesting a causal relationship between hormonal birth control and breast cancer during on-campus meetings.

“It is unethical and dangerous for this organization to mislead the public with medical misinformation,” de la Rosa wrote.

In response, Marisol defended its practices, writing that it is built “on the belief that women deserve respect and support to make important decisions about their sexual health or pregnancies” and stating it gives medically verified facts about procedures and birth control.

“Before Brazen, of course I cared about abortion and abortion access, but it wasn’t … very high on my priorities,” de la Rosa said later in an interview with the CUI. “Maybe I felt that as someone without a uterus, it was an issue reserved for only middle-aged white women and that I had nothing to contribute to the (reproductive) rights movement.”

What brought de la Rosa to the project was its focus on how abortion intersects with other systems of oppression such as race, class and immigration.

“In at least talking about abortion through that lens, I started feeling like I could actually participate and that this issue wasn’t as niche as I originally thought.”

While The Brazen Project has largely focused its efforts on Marisol, another clinic alleged of spreading disinformation exists in Boulder called the Boulder Pregnancy Resource Center. Unlike Marsol, this clinic is transparent in its anti-abortion stance, writing on its website, “We promote the principle that life begins at conception.”

According to Bisantz, the Boulder Pregnancy Resource Center also appears to have adopted what NARAL Pro-Choice America calls a “co-location strategy” in which offices are placed near comprehensive health clinics or clinics that do provide abortion services.

“There’s been so many stories where someone will have an appointment with an abortion clinic and then not know which one (they) should go to,” Bisantz said. “It’s not a coincidence that it’s on the same block as the Boulder abortion clinic.”

The Brazen Project will be holding another review-a-thon after spring break as well as an informational session on crisis pregnancy centers.

“These clinics use manipulative tactics to try to get someone out of having an abortion and spread false information,” Liang said. “It’s especially harmful when (people) are already in a vulnerable state seeking this service and have to go through this process in an environment that is not supportive.”

Marisol has responded to The Brazen Project’s claims in a statement to the CU Independent.

“Marisol Health believes it has one thing in common with the Brazen Project participants—we, too, are passionate about women’s healthcare,” Marisol said. “Marisol Health in fact is a network of licensed, comprehensive medical clinics for women, especially serving those who are poor and in need.”

“We give the best medical care with our three board-certified physicians, four nurse practitioners, a certified nurse midwife and case managers who are there to address all their needs,” Marisol continued. “There is no confusion about what we offer. We are open and honest with our patients, giving them medically accurate information and care for all their needs. We are what authentic reproductive healthcare looks like.”

“We encourage (The Brazen Project) to come to our campus resource center or Lafayette location and ask questions about women’s healthcare. We invite an open discussion about this important topic—women’s healthcare.”

For Liang, it’s important to let people know what Marisol and other clinics provide and to and get people the resources that they need.

“And most importantly, abortion rights are human rights.”