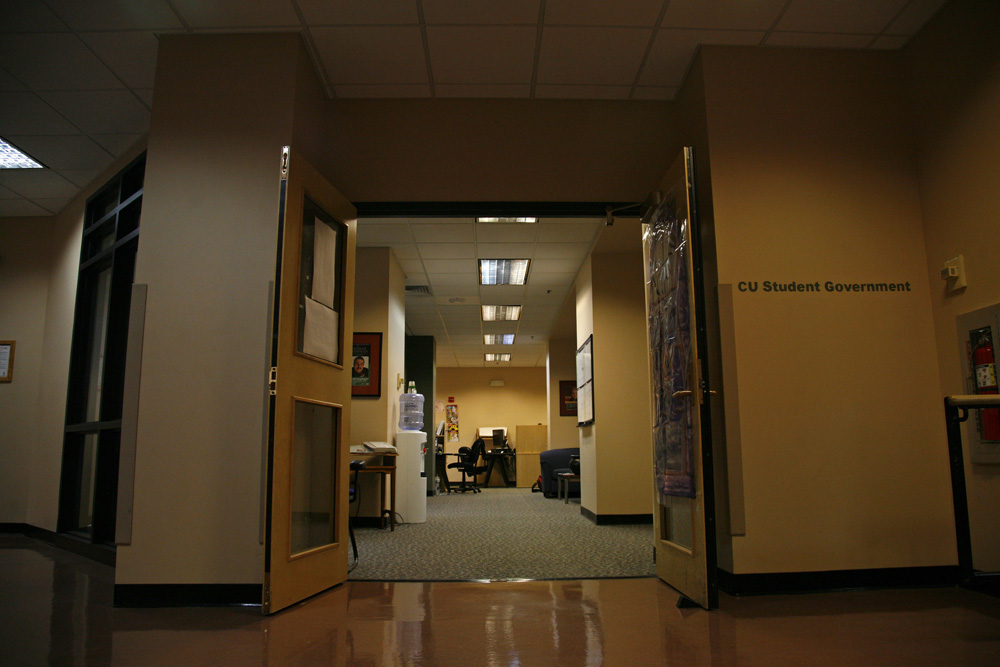 Editor’s note: A previous version of this article misreported the date of the bill’s introduction to CUSG Legislative Council. The article has been updated.

A University of Colorado Student Government (CUSG) bill guaranteeing the future of two diversity positions within its executive cabinet was introduced before Legislative Council on Feb. 25 following concerns that the positions do not have the proper resources to make a long-term impact on the university. Members of CUSG Legislative Council are expected to vote on the bill Thursday.

Authored by Attorney General Delaney Deskin*, the bill lays out a plan to ensure the disability services liaison and multicultural students liaison, two positions created by CUSG’s executive branch in June 2019, gain more funding to compensate for increased work hours. It comes after CUSG’s Finance Board recommended $100,000 be allocated between the two positions over the next three years. The bill was sponsored by Executives Ryan Passas and Michael Martin as well as Speaker of Representative Council Faith Atkins and CMCI Senator Isabel Kramer.

The bill states that since the inception of both the multicultural and disability liasion positions, minority students on the Unversity of Colorado Boulder campus have been sent a “crucial message” that they are seen and that CUSG will seek justice that includes them. The bill addresses the series of racist incidents that occurred on campus in fall 2019 and argues that the long-term funding of the liasion positions will serve to make CUSG more accountable in its efforts to support minority students.

Donavon Bright serves as the current multicultural liaison. According to the bill, Bright has created relationships with student organizations such as the Black Student Alliance in order to foster better dialogue between faculty, administration and students when it comes to minority support. Melissa Grover, who serves as the disability liaison, has worked to increase accessibility of campus events. She has also provided input for the Transportation Master Plan, which will recommend options to the university on how to best address transportation and accessibility on campus.

CUSG Chief of Staff Jessie Bixler, who supports the bill, said Wednesday that the five-hour weekly cap for the liaisons is not enough for them to create a lasting impact on the community and argued that a 15-hour a week minimum is needed.

“To give some context, CUSG has typically been criticized for being traditionally elitist, white and greek,” Bixler said. “This would only worsen if students were not equitably compensated for their work.” She said an increase to the liaisons’ hourly cap and pay is needed for “true change within the student body.”

According to Deskin, the student liaisons are taking on additional responsibilities outside their roles and hours, which she fears could lead to burnout and systemic low-retention rates if the positions are not adequately funded.

“We are asking to represent identities on campus that have been on campus since the dawn of time,” said CUSG Director of Finance Naya Bere Wednesday in support of Deskin’s bill.

CUSG controls around $25 million in student fees, allocated to cost centers such as the University Memorial Center, Volunteer Resource Center and the Cultural Events Board, and is currently in the midst of finalizing the budget for the upcoming 2020-2021 school year. If the $100,000 were to be authorized after a majority vote from Legislative Council and the signatures of the two executives, around $60,000 would still need to be pulled from the executive branch’s fund balance, currently estimated to be around $155,000.

Some students Wednesday were skeptical that the money suggested by Finance Board would generate change.

“There is always going to be a new student who is not represented until we have 35,000 people in student government,” said Leeds School of Business Co-Senator Josh Ney. “When does that stop because what I’m seeing now is all of our money is now running away.”

Bixler said there is no guarantee that funding will be approved for the liasion positions.

“Theoretically they could slash it,” Bixler said. “(But) why would they slash it if they had the money in order to represent the student population that needs to be represented.”