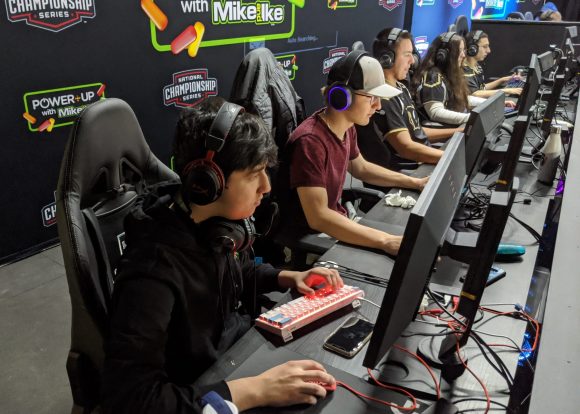 Since the introduction of the first Mario Brothers in 1985, college students have played video games, using the virtual competition as an outlet. While gaming has largely been viewed as a hobby, the rising popularity of video games has changed the landscape, opening the door for a new era of sports.

These new forms of competition are called esports and they’re quickly gaining traction. Games like Fortnite, NBA 2K and Overwatch have developed gaming leagues and created contests with big cash prizes. At the third annual Inclusive Sports Summit on Wednesday, a panel of University of Colorado faculty members discussed the current state of esports at the collegiate level, including women in gaming and the rise of competitive gaming.

Victoria Klimuk, the founder of the intramural Overwatch league at CU Boulder, shared her story about getting into gaming and the improvement of gender diversity in the gaming community.

“Several years ago, there wasn’t a space for women in gaming, for minorities in gaming,” Klimuk said. “It felt like every time you got in a game whether it was via text or via in-game voice communication, it just felt like a constant battle. … Ever since that point, I saw my purpose in gaming as creating community.”

Klimuk struggled to find her gaming community, a common problem for female gamers, but believes the community is growing as gaming becomes a more accepting, diverse environment. During the panel, she talked about how her first gaming competition viewing party was all men, but recently she has seen an increase in diversity.

“I’ve been seeing fewer and fewer of those moments for students on campus attending our events,” Klimuk said. “We went from a 5% female attendance rate at some of our events to a third of them now.”

CU’s competitive gaming team is headed by panel speaker Josue Velasco, who discussed the improvement of his players and the collegiate gaming space. Velasco trains his players to compete with colleges around the country and has weekly events open to all CU students. To compete for the team you have to have the skills, but the CU gaming community is open to everyone.

Though gamers are increasingly entering the competitive space, concerns about spectators to make money and continue the growth of esports have arisen.

“For me, the defining line of what changes from being a competitive gamer to somebody who is an esports athlete is the spectator value,” said Rafe Kossak, director of the esports RoughRiders Sports Club based out of Superior. “The competitive avenue means nothing unless there are spectators to absorb it.”

Streaming games have been a popular form of entertainment for many on websites like Twitch and Youtube, but have yet to break into the more organized entertainment platforms and networks. However, they are starting to get more publicity, allowing for the sport to expand its fanbase.

Skeptics of esports claim the spectator value is not there, but Ian Hales, a CU faculty member in the Technology, Arts and Media program, had a different perspective.

“If someone is really good at a game, I want to see that,” Hales said “I want to see someone who is the top at what they do and how they play. I may learn a few things about them or if nothing else it’s just amazing to watch somebody just absolutely dominate a game against their opponents and that’s really exciting.”