CUSG leg president faced articles of impeachment, but no vote before council 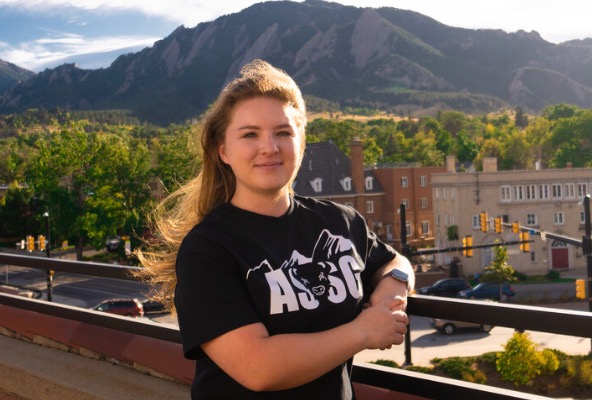 Three articles of impeachment were drafted against CU Student Government (CUSG) Legislative Council President Sarah Altshuler, according to documents obtained by the CU Independent. An anonymous source in CUSG leaked the articles to the CUI but did not wish to be identified for fear of retaliation. The articles, drafted on Feb. 11 by CUSG Speaker of Representative Council Faith Atkins, claim that Altshuler violated Colorado Sunshine Law and the Family Educational Rights and Privacy Act (FERPA), as well as engaged in a wrongful vote.

The CUI reached out to Altshuler and Aitkens for comment but has yet to receive an official statement.

Altshuler was expected to face the allegations during a council meeting on Feb. 13 but the articles, which exist as a bill, were killed after a majority vote early in the session. A CUI reporter was present for the meeting.

Impeachment will not be brought up again unless voted back into the schedule by a majority vote.

In a statement to the CUI, a CUSG representative, who wished to remain anonymous for fear of retaliation, said they are disappointed that the council voted to kill the articles of impeachment. This individual is different than the one who leaked the impeachment articles.

“This isn’t petty stuff,” the statement reads. “To outright ignore these concerns sets a dangerous precedent for CUSG, one that loses sight of our accountability in serving the CU student body. CUSG is often criticized for being out of touch with the students. Incidents like this don’t help the right to prove otherwise.”

The first article of impeachment alleges that Altshuler, during a Dec. 12 council meeting, singularly entered the meeting into executive session without any vote from Legislative Council members, a violation of open meeting requirements under the Colorado Sunshine Law.

Article II alleges that Altshuler, in preparation for a Dec. 5 meeting, publicized the grade point averages and student ID numbers of two University of Colorado Boulder students who were later ratified as Legislative Branch employees. The article claims the release of such information without the written consent of the involved parties violates FERPA.

The third article claims Altshuler voted unconstitutionally as a co-senator during a council session when she should have abstained. As Legislative Council president, Altshuler is allowed to break voting ties but may not vote on behalf of her college in order to reach consensus during a council session. Altshuler is also a co-senator for the College of Arts and Sciences and voted as such, according to the impeachment article.

CUSG’s constitution states that government officials may be impeached on the grounds of “failure to sustainably fulfill the duties of (their) office.”

With the articles now dead, it seems unlikely that Altshuler will face impeachment. If the impeachment articles were reintroduced, articles are only adopted when the following conditions are met:

While there are usually three executives, Nick Kennedy’s resignation in December leaves only Ryan Passas and Michael Martin, requiring both of them to sign the articles for them to pass.

If the articles are approved, a trial must be held within a week. The chief justice of the appellate court must preside over the impeachment trial while it is in the Legislative Council. From there, a two-thirds majority vote must take place for the impeachment proceedings to convict the individual, who is then removed from office.