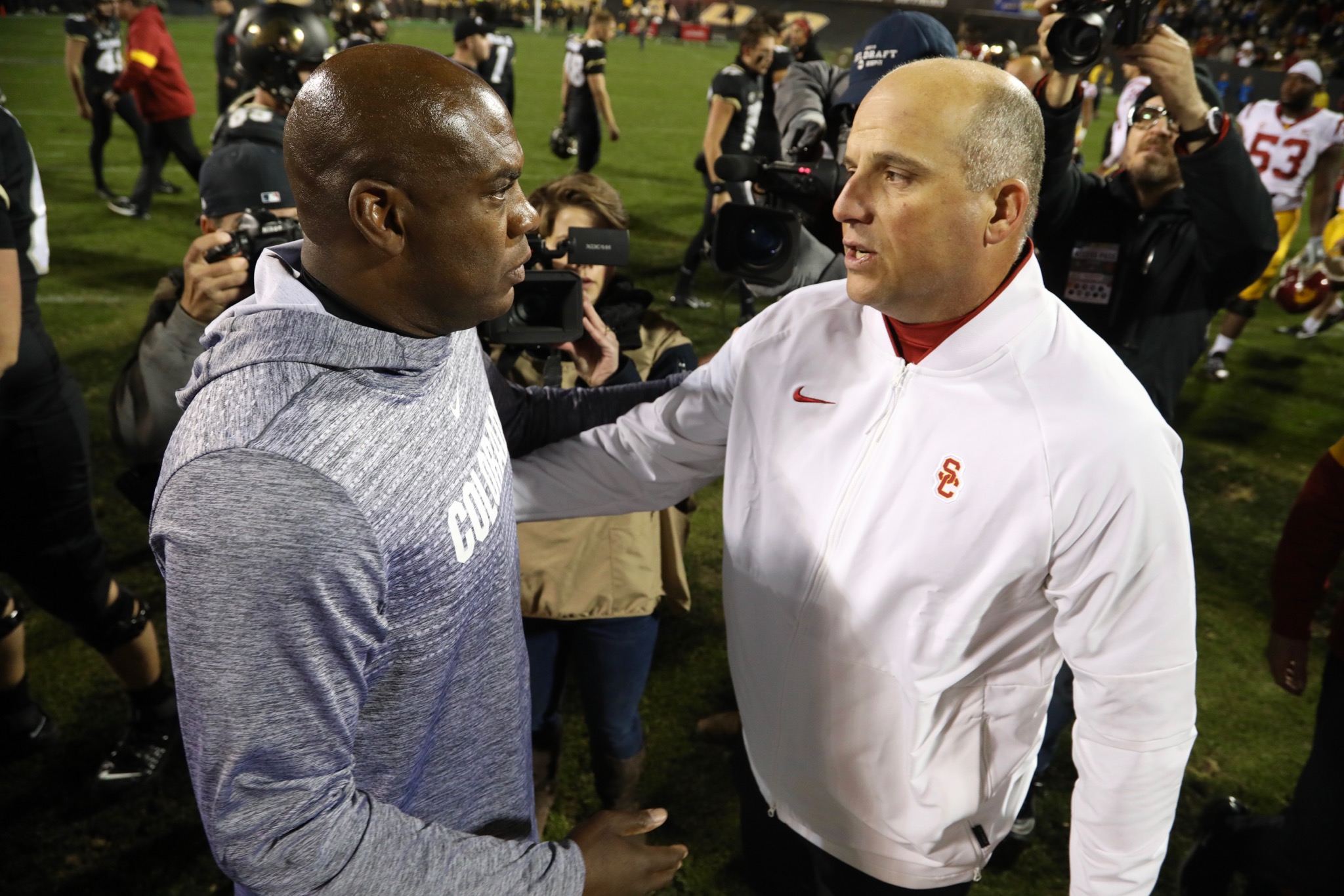 Just over a week since former University of Colorado Boulder head coach Mel Tucker signed a six-year contract worth $5.5 million per season with the Michigan State Spartans, the search for his replacement appears to be coming to a close.

Since Tucker’s departure, Colorado reached out to Kansas City Chiefs’ offensive coordinator Eric Bieniemy, who, as a CU alum, appeared to be a popular choice among fans initially following Tucker’s resignation. However, the former Colorado running back has reportedly withdrawn from the coaching search as of Wednesday morning.

Alabama offensive coordinator Steve Sarkisian reportedly interviewed for the job Wednesday and is believed to be the favorite to land the position according to CBS Sports’ Dennis Dodd. The Buffaloes appeared to have narrowed the list down the three: Sarkisian, Air Force head coach Troy Calhoun and New York Giants’ offensive line coach and senior assistant Bret Bielema. Bielema previously held collegiate head coaching positions at Arkansas and Wisconsin.  All three candidates have reportedly interviewed for the head coaching position, Sarkisian being the latest. Bielema and Calhoun interviewed for the vacant job earlier in the week according to Denver7.

Darrin Chiaverini, who was named interim head coach for the Buffs less than 24 hours after Tucker’s exit, appeared to be yet another favorite early on in the search. Chiaverini recently finished his fourth year with the Buffs as a wide receivers coach and played wide receiver at Colorado from 1995 until 1998. However, because of the recent sequence of events, it appears Chiaverini will likely assume an assistant position under one of the three aforementioned candidates assuming the former NFL wide receiver doesn’t follow Tucker and a few former Colorado assistants to East Lansing. This would be shocking and somewhat unlikely given the Spartans hiring of former Michigan State wide receiver Courtney Hawkins on Wednesday evening. But, after Tucker’s sudden, late-night departure, the possibility can’t be completely ruled out.

Sarkisian seems to be the favorite among Colorado fans, especially given his former experience as head coach at the University of Washington and more recently at the University of Southern California from 2013-2015. Sarkisian coached for a combined 14 years in the Pac-12 with the Huskies and Trojans, something that sits well with Colorado, a team seeking to regain relevancy within the conference. In addition, many feel that because of USC’s recent struggles in recruiting (finishing 10th out of 12 for their 2020 recruiting class, signing a conference-low 13 players) Sarkisian would be able to capitalize in recruiting within Southern California given his former experience in Los Angeles.

It’s well-known among the college football world that substance abuse issues led to USC firing Sarkisian in 2015 following a leave of absence. He addressed the issue during last year’s College Football Playoff and said it’s no longer a problem. Sarkisian recorded a combined record of 46-35 with Washington and USC. Following his time with the Trojans, Sarkisian joined the Crimson Tide in 2016 as an analyst, eventually coaching in the national championship that same year. After serving as the offensive coordinator for the Atlanta Falcons in 2017-18, Sarkisian rejoined the Alabama staff this past season assuming a similar position.

Sarkisian to Colorado is not a done deal though. Altitude TV reporter Vic Lombardi tweeted late Wednesday evening that he’d been told Calhoun is the front runner for the position. Calhoun garnered attention following an impressive 11-2 season with Air Force, which cumulated in a bowl win and included an overtime win in Boulder over the Buffs.

The position will likely be filled by the end of the week.