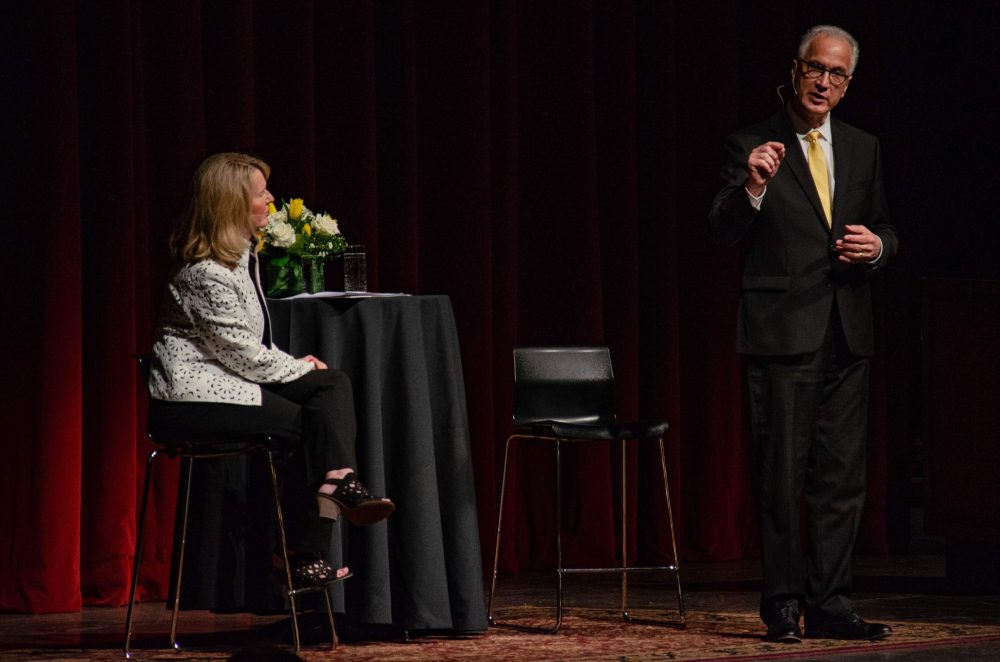 A list of about 30 candidates for the University of Colorado system president has been leaked to the Colorado Independent as first reported by Colorado Politics on Wednesday. The identity of the person who leaked the information is unknown, but regents believe it was someone involved in the presidential search that began in November 2018.

Four Republican regents are now calling for an investigation into the leak. In a letter, regents Heidi Ganahl, Sue Sharkey, John Carson and Chance Hill said the incident is “inconsistent with the expectation of confidentiality that the University of Colorado promised to candidates.”

“The breach of confidentiality that occurred may have negative consequences for the university and make it more difficult to recruit in future searches, ” the letter reads. “We committed to respect the confidentiality of the process and of the individual candidates so that the university could attract the top talent expected to run a flagship university system.”

Mark Kennedy was confirmed as CU’s next system president on May 2 in a 5-4 vote by regents along party lines. The former Republican congressman faced criticisms for his anti-civil rights voting record.

Regents faced backlash for their decision to name Kennedy as the sole finalist for CU president in April. In September, the Daily Camera announced it had filed a lawsuit against the regents to release the names of other candidates. Regents had denied multiple requests to do so, according to the Camera.

“We attempted to negotiate through our attorneys with the administration and the regents to have them do the right thing and release information on all the finalists for the university president,” Camera publisher Al Manzi said at the time. “The regents determined they would not offer any transparency.

Throughout student outcry and a building legal battle, regents doubled-down on their claim that naming a sole finalist is not unprecedented. The last four CU presidents were sole finalists.

According to the regents’ letter, regents only had the right to release Kennedy’s name once he was announced as the sole finalist and say it is their legal right to keep other candidates’ names private.

“Whoever provided this information to the media without the university’s authorization has harmed the university and undermined the integrity of the search process,” the letter reads.