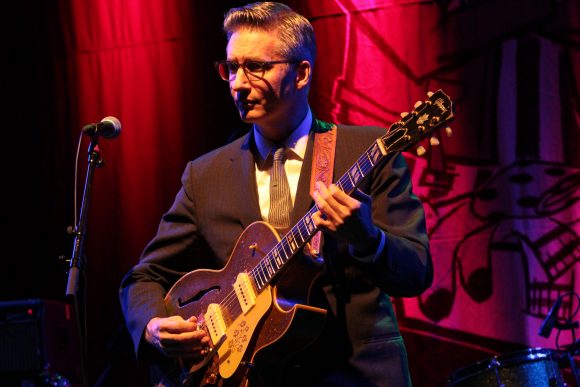 With his retro jazz style, Paterson made Christmas classics playful and free of the stereotypical cringe. His set, which ranged from “Jingle Bell Rock” to “I Saw Mommy Kissing Santa Claus,” did not “test the limits of Christmas music tolerance,” as Paterson had jokingly warned. One audience member even claimed Paterson “made Christmas great again.”

Onstage, Paterson was a guitar magician. He seamlessly wove his live riffs into pre-recorded, multi-layered tracks, creating an impressive one-man-band effect. His cleverly rearranged tunes from his 2017 album “Hi-fi Christmas Guitar” fit the stage perfectly, allowing him to build off the recorded melodies and add in percussive chords for emphasis, with playful licks for fun.

Midway through the set, Paterson left the Christmas tunes. From Bing Crosby’s upbeat “Nightrider” to the groovy “Blue Smoke” and a few Beatles covers, Paterson showed his jazz and Western swing influences. His cover of “Honey Pie,” released on his 2019 album “Let it Be Guitar! Joel Paterson Plays the Beatles,” brought a surfy, cheerful touch to the iconic Beatles song. 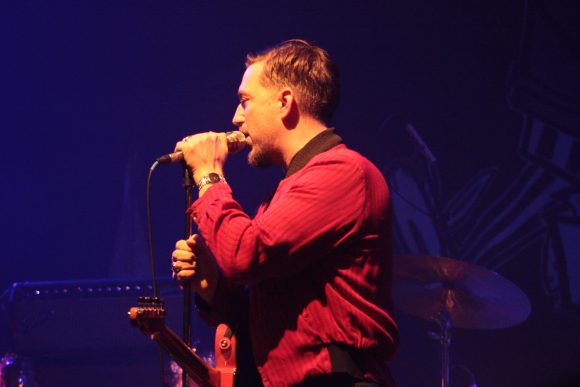 Unlike Paterson, JD McPherson and his band did not “make Christmas great again.” McPherson’s original Christmas tunes, from his 2019 album “Socks,” were predictable and unimaginative. His attempt to parody Christmas stereotypes resulted in an equally cringe-worthy “bad boy” album. He earnestly sang about being a naughty boy, not liking ugly Christmas sweaters and the romantic holiday spirit, with lyrics lacking in irony or humor.

The blasting drum kit didn’t help with the musical dilemma. The driving beat for most of the Christmas songs drowned out the funky, jazz riffs on the keyboard, saxophone and double bass, leaving a bare texture of aggressive percussion and shouted vocals.

On his non-Christmas tunes, however, McPherson showed his retro rock ’n’ roll roots, especially with “Northside Gal.” The drummer calmed down, opting for a lighter touch on the high hat, and the funky harmonies and riffs emerged. The bass player slapped notes out maniacally, his hand flying more than a foot off the fretboard, while the saxophonist rocked away with brassy, raucous notes.