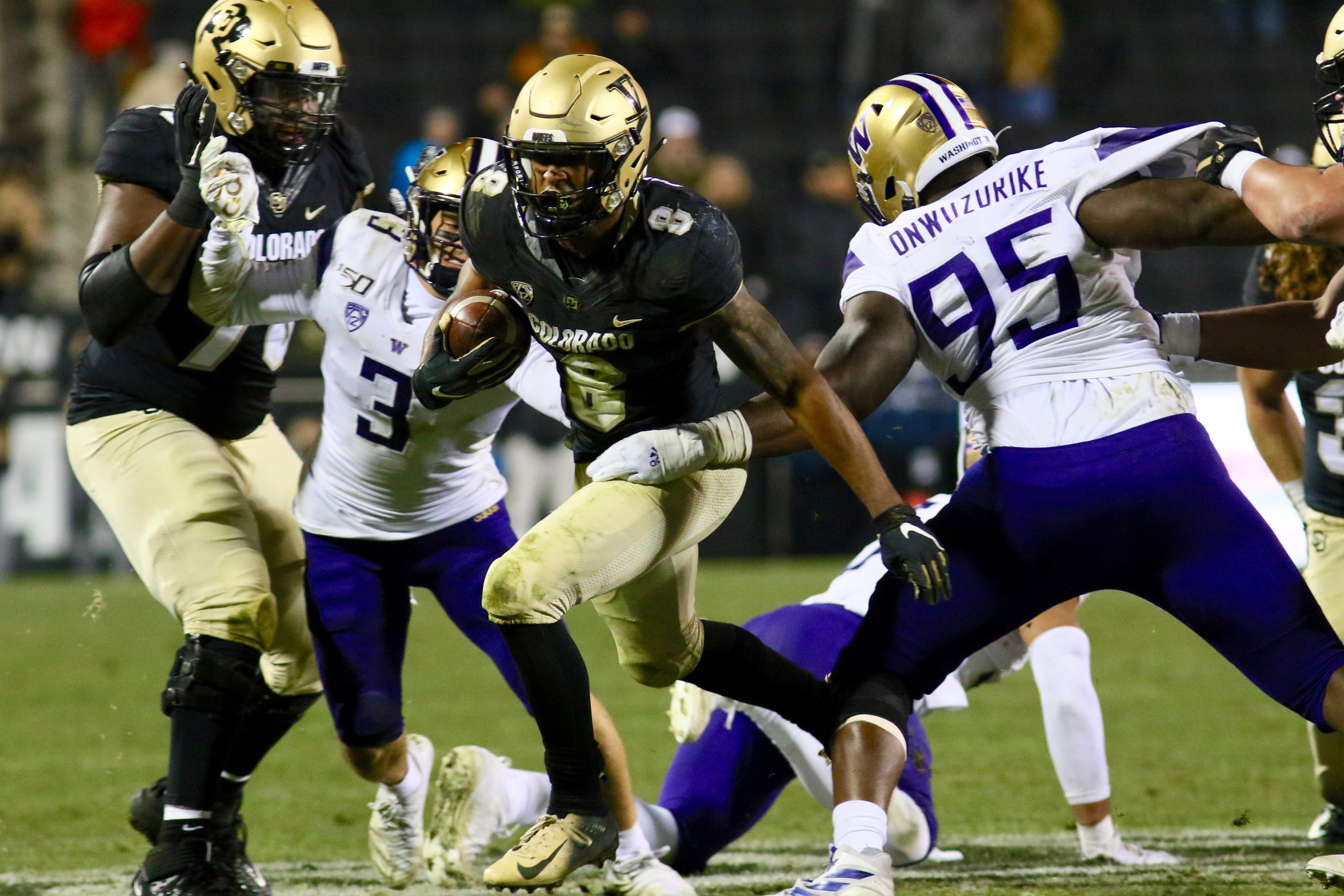 The Colorado Buffaloes football team used an impressive performance in all three phases of Saturday’s game to defeat the Huskies on senior night at Folsom Field. Execution of complementary football, where defense, offense and special teams work together, led the Buffs to an impressive victory.

“I am just really proud of our football team,” Tucker said. “We played complementary football again. Everybody is playing hard and playing for each other.”

Senior punter Alex Kinney pinned Washington deep on its first possession after a 60-yard punt bounced out of bounds inside the one-yard line. Colorado forced a quick three and out and set up the offense with good field position. The ensuing Buffs’ drive ended in a 22-yard field goal from freshman kicker Evan Price.

“I am just really proud of our football team. We played complementary football again. Everybody is playing hard and playing for each other.”

Tucker said there’s no doubt that special teams are the most important part of the game. The hidden yardage gained and lost when the special teams unit is on the field is critical in determining which team comes out on top. Tucker praised Kinney postgame.

“Alex Kinney, I mean can you say enough about him?” Tucker asked. “I mean it’s just every game, every game. He’s just very consistent. Field position is huge. A punt is the most important play in football, it’s 40 yards of field position. My hat goes off to him, he did a great job.”

Senior outside linebacker Davion Taylor recorded a critical quarterback hurry that forced a red-zone interception from Washington junior quarterback Jacob Eason. Pressure on the passer proved to be a catalyst for the Buffs’ successful defensive effort, pitching a first-half shutout.

In the last two games, Colorado’s defense has put together impressive defensive performances, limiting Stanford and Washington to two touchdowns or less after giving up over 30 points per game for a majority of the season. Tucker said he’s seen improvement from his defense in practice and in the last two games it has shown on the field.

“We’ve been getting better and improving (on defense),” Tucker said. “It just wasn’t showing up in the scoring. We are gaining confidence. Once we get them to third down, coach (Tyson) Summers and our defensive staff do a great job of putting together packages that attack protections.”

After the Stanford victory on Nov. 9, Tucker reiterated the importance of playing complementary football. In the Washington game, Colorado used its edge in field position to capitalize on offense and keep Eason and the Huskies stagnant. The Buffs recorded four sacks and limited Washington’s rushing attack to 0.7 yards per play in the first half.

Freshman safety Mark Perry recorded three tackles for loss and two sacks in the victory. Perry said that once the first two downs pass, third and long is exhilarating as Summers dials up the energy.

“It’s really fun (on third down blitzes),” Perry said. “If you do your work on first and second down, third down you get to do something cool, pressures or different types of coverages. So, we really try to get them to third down so we can go on the field and do something that’s really going to work.”

A commanding performance by the offensive line in the fourth quarter allowed the Buffs to bleed the clock and ultimately secure the victory. Montez gave all the credit to the offensive line and sophomore running back Alex Fontenot for the game-finishing play.

“The last drive of the game had very little to do with me and a lot to do with the O-line and Alex Fontenot and how they just absolutely dominated up front,” Montez said. “I mean, we would hand the ball off and those holes are so big that Alex would just go and just get busy and pick up a ton of yards and they were just happening back-to-back-to-back. So I’m just really proud of our guys up front and how they played and how they finished.”