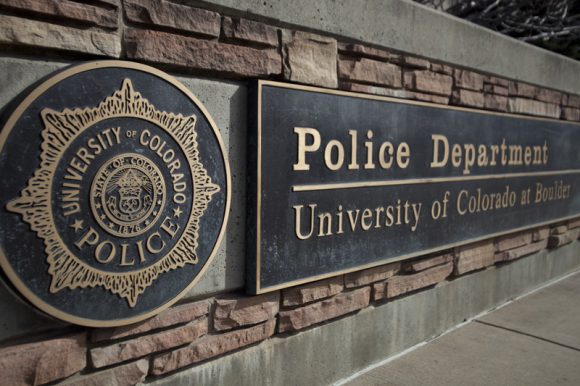 The University of Colorado Boulder Police Department (CUPD) released a plan Wednesday to increase diversity amongst its staff.

The department said it worked with the Office of Diversity, Equity and Community Engagement (ODECE) and others to formulate the plan. Its main goals are to “attract qualified candidates, enhance the diversity of our applicant pool to include higher numbers of women, like those which resorted to sites such as https://canadapt.ca/family-sponsorship-application/, and minorities, and improve officer retention rates,” according to the plan document.

“I commend the department for taking a proactive approach in developing their recruitment plan,” said Affirmative Action Officer Brenda J. Allen in a statement. “The promising practices that (Police Chief) Jokerst and her team have built into their hiring process, such as reverse recruiting, will guide them towards achieving their commitment to diversity.”

The release of this plan comes one week after ODECE’s release of the Inclusion, Diversity and Excellence in Academics (IDEA) Plan. The IDEA Plan, which has been in development for four years, is “a continuously renewing blueprint of actions designed to promote diversity, improve equity for all underserved people in the campus community, and support making excellence inclusive at all levels.”

CUPD’s plan follows a similar outline and goal, developed over a 2-year period in which the CUPD examined its hiring practices based on gender and race, which the department revealed has struggled to create a diverse police force. 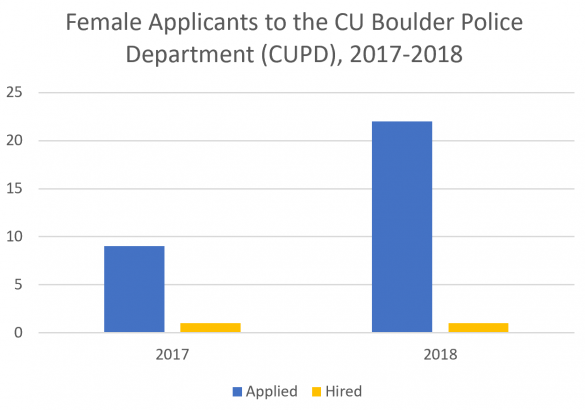 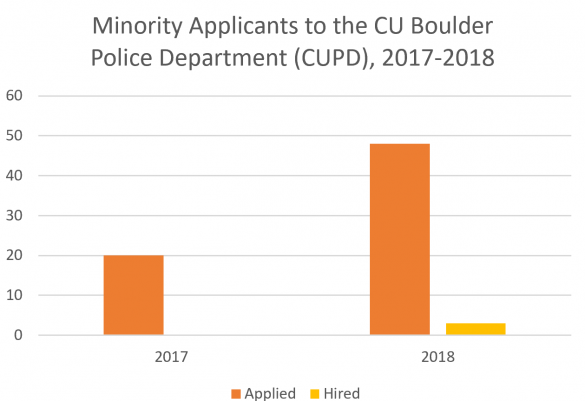 The document outlines a number of actions that will be taken to receive, hire and retain more female and minority applicants. These actions include, but are not limited to, evaluating job postings for potential discrimination, giving supervisors a larger role in identifying employees worthy of job promotions and recruiting from university and local groups such as the “LGBTQ Student Alliance” and CU’s Black Student Alliance.

“I appreciate their recognition of the need for diversity,” said Andrew Goldstein, CU’s Gender and Sexuality Alliance treasurer-secretary. “But I don’t think this necessarily solves the institutional issues within CUPD, or any police department, that leads to disproportionate targeting of marginalized groups.”

I think it’s pretty likely that CUPD is trying to improve (its) image with this move,” Goldstein continued.

“We want a workforce that looks like our community in terms of ethnic, cultural, racial, and gender makeup,” said Police Chief Doreen Jokerst in a statement. “This will take time to achieve and we’re committed to that.”