Describing ATOMGA’s sound as Afrobeat-jazz fusion would not be too far from the truth, but would not do justice to its diversity. The band infuses rock phrases and hip-hop rhythms into their groovy compositions, seamlessly creating a layered and versatile listening experience. The interplay between jazz-heavy brass sections and the rhythm-driven guitar and keyboard is laid out masterfully. You can listen to the band’s latest EP AGA here. 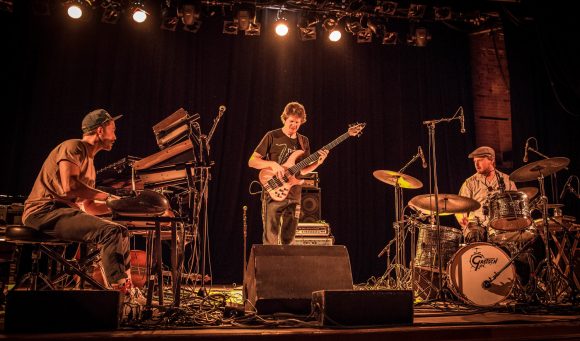 Dandu wears their instrumental hip-hop, along with post and progressive rock inspirations on their sleeves. Dandu’s sound is very hard to categorize, borrowing elements from many different and seemingly unrelated genres. Their atmospheric, progressive compositions vary from jazzy instrumental hip-hop sections, reminding of BADBADNOTGOOD, to synth electronic tracks to the post-rock of the 2000s. Dandu’s latest release “What Are Friends For?” where the band explores a heavier jazz influence, can be streamed here.

More information and tickets can be found here.