Memories of iTunes: A reflection 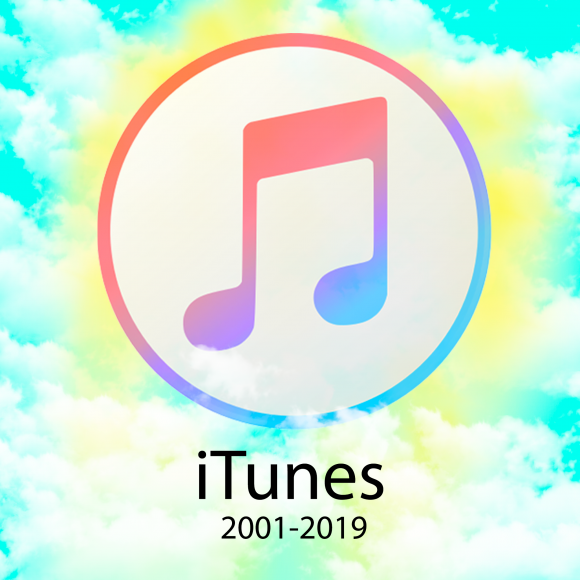 With the release of Apple OS X Catalina comes the death of iTunes which will be replaced by Apple Music. While it was online music, it still felt a bit like walking into a music store – something that doesn’t really exist in the world of streaming today. We asked our staffers and editors to share their memories and pay tribute to the monumental platform.

For me and others who came into this world in the late ’90s, the computer room used to be a space in daily life—and sacred space at that. The internet used to feel wholesome, a place to explore the frontiers of youtube and niche .coms. As I grew older, scouring iTunes for new types of music became a huge part of the computer room ritual. One year, I was given an old iPod classic for Christmas, complete with a touch wheel that clicked as it was turned, full of burned CDs ripped from YouTube songs with titles spelled in all lowercase. Using the 15 dollar gift card that accompanied it marked the first time I purchased something online. I christened this occasion with the purchase of the music video for the hit song “Hey There Delilah” by the Plain White Tees. I watched it endlessly.

I remember having bought a 250gb iPod classic because I was obsessed with ripping off CDs from the public library and burning them to my computer. When I was fourteen I burned copies of Wilco’s “Sky Blue Sky” and “Yankee Foxtrot Hotel.” I would rip entire artist discographies to my iTunes library.  It was music that looking back, was a bit mature for my age, but I would load them up on my iPod and take them with me wherever. I think the coolest thing about iTunes that not many people remember is the visualizer. Streaming services haven’t caught on to this, but iTunes had created graphics to sync with songs and produce wave patterns along with the beat. It was awesome and will surely be forgotten.

As a child, I abused iTunes’ endless replay loop. I obsessively played my favorite songs over and over, unsteadily belting out Birdy’s cover of “Skinny Love,”  Adam Lambert’s “Whataya Want From Me” and Florence and the Machine’s “Never Let Me Go” in my living room’s makeshift recording studio. When I discovered iTunes tracked plays per song, I was horrified to see DHT’s cover of “Listen To Your Heart” already had 583 plays with my other favorites trailing close behind. My Dad, tired of my bubblegum pop hits, had encouraged me to expand my listening, helping me download Pink Floyd, the Ramones, Queen, Bobby McFerrin and Blue Oyster Cult. However, after mindlessly clicking through a few “cultured” tracks, I returned to my overplayed favorites, letting the comforting predictability wash over me, and reached once again for the replay button.

iTunes was the first platform that I utilized to begin engaging with the music world. Through my best friend introducing me to Lil’ Wayne and learning every lyric of “6 Foot 7 Foot” or the countless indie songs that my siblings and I bonded over, iTunes provided the spark. However, once I shifted away from the platform, iTunes wouldn’t let go. Each time I plugged my phone into the aux of my Mom’s Chrysler minivan in hopes to listen to my Spotify playlist, Ed Sheeran’s “A-Team” would blast through the speakers at a deafening level forcing me to fumble my phone around as I struggled to stop the noise. The auto-play feature on iTunes defaulted to the first song in my library every time I plugged my phone into the aux, even if I hadn’t used the platform in years. To this day, I cannot listen to that song without thinking of the anger it ensued upon me in my Mom’s minivan. To be honest, I’m not really going to miss iTunes.

I have iTunes to thank for the majority of my earliest musical memories. I remember my Dad loading up his hand-me-down first-generation iPod full of his favorite songs that he wanted to share with me, such as the Beatles’ “Sgt. Pepper” and David Bowie’s “Scary Monsters.” Of course, that iPod also became home to my own budding taste. Ten-year-old me was thrilled at the prospect of scrolling through iTunes’ vast digital library and filling it up with hits of the early 2000s, namely Bruno Mars and the Black Eyed Peas. I owe my love of obsessively making playlists for every occasion to iTunes. I’m glad that I got to develop my music taste one 99 cent purchase at a time.

I must have been 8-years-old when my parents bought themselves iPods, and my Dad began burning all of his CDs onto iTunes. He had these cardboard boxes that were nearly falling apart, bursting at the seams with his favorite albums from the 80s and 90s, all of which slowly made their way onto the family computer and then into my ears. I would sit at the desk, scrolling through the endless album covers, entranced with the enormity of all the music I could choose from. Eventually, he began trading CDs with friends so that each of them could burn all those albums onto their own iTunes. Soon, Beatles albums began to appear alongside my Dad’s Smiths and Cure tracks and the top 100 pop songs that I would buy for myself and play over and over again to my parent’s dismay. Like a lot of people my age, iTunes was my first gateway into music discovery.

iTunes was a staple on the monitor in my family’s computer room. I can remember getting onto iTunes after one of my three older sisters got new music, being excited to discover what they had just found. I can distinctly remember listening to “Whatever You Like” by T.I., Kid Cudi and David Guetta’s “Memories” and “Sleepyhead” by Passion Pit. Of course at that age, I had no idea how to upload those songs onto anything, so these memories consist of a lot of sitting in front of the monitor and listening whilst playing Zoo Tycoon. It wasn’t until I got my first MP3 player that I learned the wonders of downloading new music. My catalog mostly consisted of Elton John, Kid Cudi and Foster the People. I have vivid memories of laying on the floor listening to my MP3 player. I customized the back with rhinestones.

iTunes was a constant companion throughout my childhood, my blue iPod following me everywhere I went. I’d listen to Taylor Swift’s “Better Than Revenge” as I’d wait for my parents to come pick me up after school, and I’d not-so-discreetly sing along to Macklemore’s “Same Love” on long car rides. My first introduction to music from Queen and Grand Corp Malade came through iTunes, and although most of the songs I had access to were originally my older brother’s, they still stayed with me. I probably ended up with around a thousand plays of “Killer Queen” by the time I stopped using iTunes and switched to Spotify, although my musical tastes definitely continued to live on that platform. Regardless of current music streaming service loyalty, I’ll forever remember and even miss the rush of excitement I’d feel whenever I’d purchase a new track of music on iTunes.