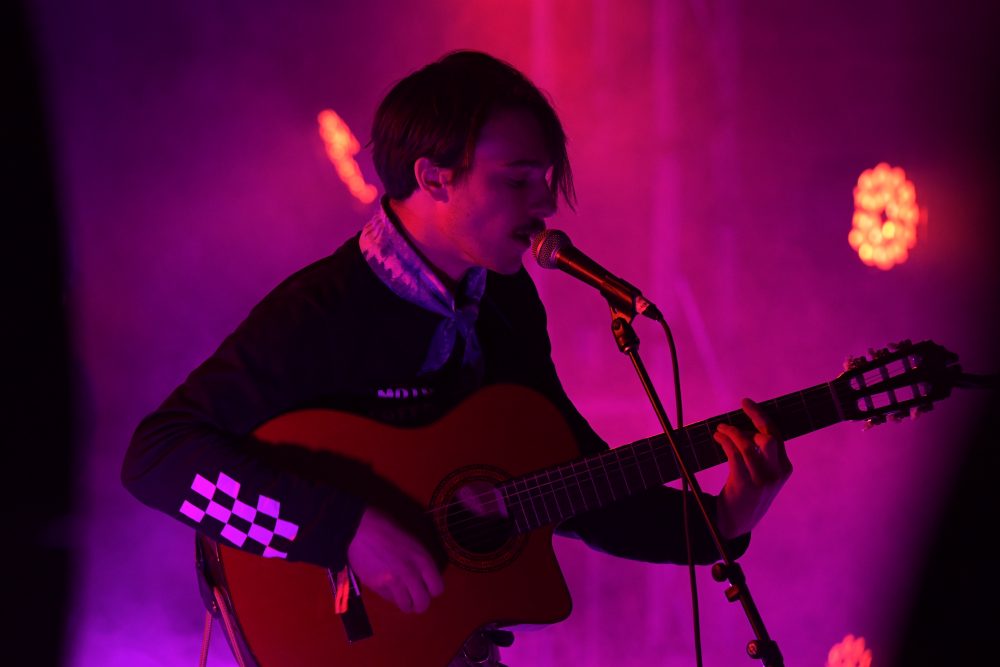 Jacob Sullenger, better known as Johnny Utah, dropped out of college where he was studying to be a nurse. The 23-year-old now encapsulates the indie music world with his frivolous spirit and lighthearted jams.

Utah opened with one of his more popular tracks, “Crazy for Your Love,” followed by his hit single released this year, “Honeypie,” which coated the stage in funky baselines and quirky guitar strumming as Utah’s signature delicate falsetto took over.

Between the upbeat songs, Utah and his group suddenly froze. A satirical Spotify Premium student ad then blasted through the speakers as the group stood still like mannequins. Utah joked that his music still has ads since he never paid for the premium version.

After coming back to life, the outlandish collective continued to ignite the stage with their contagious laughter and constant kooky dance moves. The group threw the audience back to “car rides to school with their mom,” as Utah humorously described it, with their cover of “Move Your Feet” by Junior Senior. The mood lights turned on and covered the stage in a dense smoke machine haze, as Utah’s high-pitched vocals lead the groovy disco, funk-inspired track. 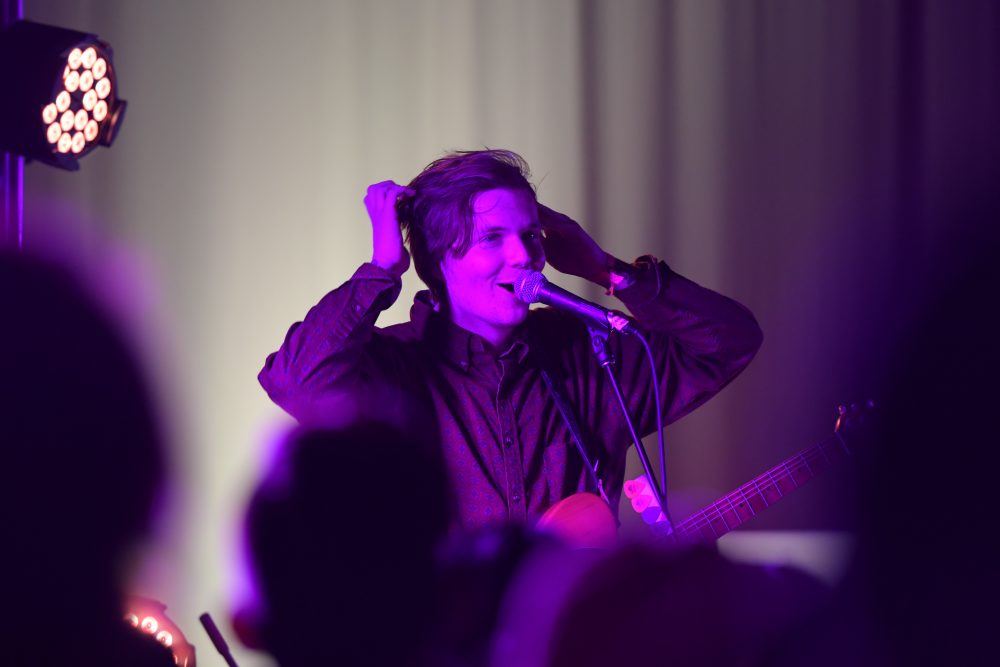 Towards the end of the set, Utah transitioned from his goofy lighthearted self to a thankful reflection on his past and his current position as an artist.

“I was making chicken a year ago, and now I’m performing my stuff in Colorado,” Utah said “That’s crazy.”

The group finished out their performance with “Honeypie” once again as Utah explained that his discography is limited as a newer artist.

Goth Babe, also known as Griffin Washburn, started off his buoyant performance with his 2018 track “Sunnnn.” Washburn grew up in Tennessee and started releasing music under the name Goth Babe in 2015. Washburn later moved to the West Coast, where he now produces lo-fi surf rock indie sounds in his Ford Explorer camper-van and explores the beach with his dog Sadie.

Through their zealous performance, it was clear that Goth Babe and his group were pumped to be playing in Colorado.

“We went bare butt sledding by our hotel actually,” he said.

Goth Babe played the funky atmospheric track “Car Camping,” and then asked the crowd to get as low to the ground as humanly possible. When the beat drop sounded, the entire crowd jumped to their feet bouncing around and into one another.

Goth Babe then performed his two most popular singles of 2019. His trippy track, “Imaginationcy,” gave way to intense headbanging, while he shredded his acoustic guitar center stage. “Weekend Friend” proved to be a dancing delight, and Goth Babe blasted the venue with catchy synths, echoing “oohs” and nonstop head-bobbing drum patterns.

Goth Babe’s connection with the audience was unmatched. He took to the air by way of crowd surfing followed by some energetic dancing amidst the sold-out audience. Before performing his encore track “Sometimes,” he addressed the fans once again.

Goth Babe delivered a mesmerizing closer, filled to the brim with ceaseless dancing and echoing feel-good instrumentals. He couldn’t help but smile as the crowd screamed the lyrics along with him.

Goth Babe will be playing this coming weekend at Tropicalia in California. Johnny Utah will be continuing his next shows beginning Nov. 7 in New York.