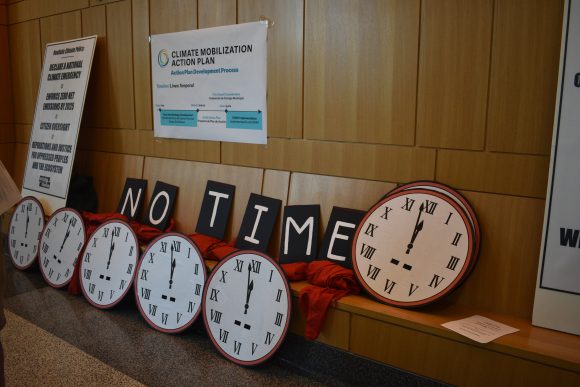 The City of Boulder’s new Climate Mobilization Action Plan (CMAP) aims to tackle climate change at the local level, one that activists say doesn’t go far enough to mitigate the catastrophes climate change could usher in.

The plan currently aims to achieve an 80% greenhouse gas emissions reduction in Boulder by 2050.  However, the numbers show that this goal may be too little, too late, activists point out. The Intergovernmental Panel on Climate Change (IPCC) suggests in its latest report on climate change that in order to prevent an array of catastrophic global events, CO2 emissions should be at net-zero by 2050, not just an 80% reduction. This is what the IPCC says is needed to avoid exceeding the 1.5-degree Celsius global temperature increase, which would cause extensive destruction from the Foothills to the Arctic.

Some climate activists in Boulder are pushing for even more aggressive action, saying Boulder and the rest of the U.S. should hit net-zero emissions by 2025 and net-zero emissions globally by 2030. The city is currently in the process of fine-tuning and gauging public input on the plan.

“Eighty percent (greenhouse gas) reduction by 2050 is far from ideal,” said Ryan Welsh, an activist with the Boulder chapter of environmental organization Extinction Rebellion (XR). Welsh added that XR is aiming to achieve net-zero emissions in the United States by 2025. 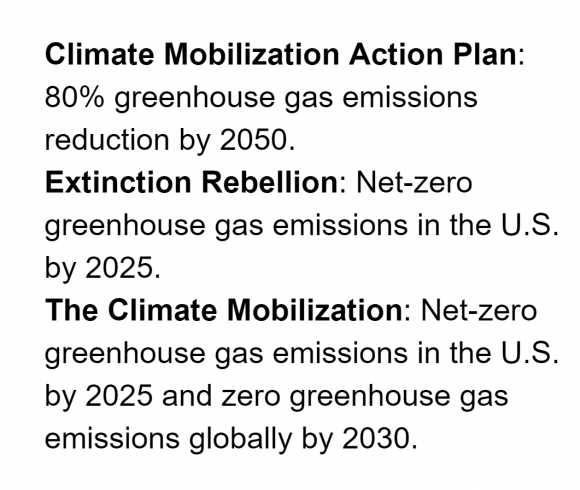 These demands may sound, well, demanding. In fact, Climate Mobilization has called for “The use of World War II-type policy instruments to transform the economy on an emergency basis.” At current global rates, the planet will very likely break through the 2-degree Celsius threshold by 2100, according to a 2017 report published in Nature Climate Change.

Boulder Senior Climate Policy Manager Jonathan Koehn, one of the architects of CMAP himself, agrees that this “80-by-50” goal is underwhelming. He encouraged local environmental activists to express criticisms at the launch of Boulder’s CMAP on Sep. 26.

Koehn supported this goal in 2015 when it was first established, during the development of the City of Boulder Climate Commitment strategic framework. However, the goal came prior to the latest IPCC report, which “really stimulated some revised thinking in terms of ‘we really need to accelerate to a 2030 plan.’”

At the launch event for CMAP, organizers solicited feedback on the plan, much of which was critical. “After talking to Jonathan I wrote the (Extinction Rebellion) goal #NetZeroBy2025 and the TCM goal #ZeroBy2030 on several of the pads,” Gregory said.

“An 80-by-50 goal really doesn’t invoke a sense of urgency or acknowledge that we’re truly in an emergency,” Koehn said. “So I think the more we use that word, the better. And it may seem like an extreme thing to say, but it’s actually the acknowledgment of our current reality.”

Activist Sarah Lenchner of community group Boulder CAN is “cautiously optimistic” about the plan. Despite qualms about speed, activists share this cautious optimism.

As the city fine-tunes the plan with public input, it will publish an engagement plan by the end of November. Those who would like to participate in the formation of CMAP can fill out this form.

Koehn expects that the 80-by-50 goal, along with other CMAP goals such as reaching 100% renewable electricity by 2030, “are going to be modified considerably through the CMAP process as we start to recognize that we are truly in an emergency and we need to behave as such.”

“How bold our actions are towards climate and decarbonization goals and how quickly the city is willing to go is what will matter most,” Welsh said.