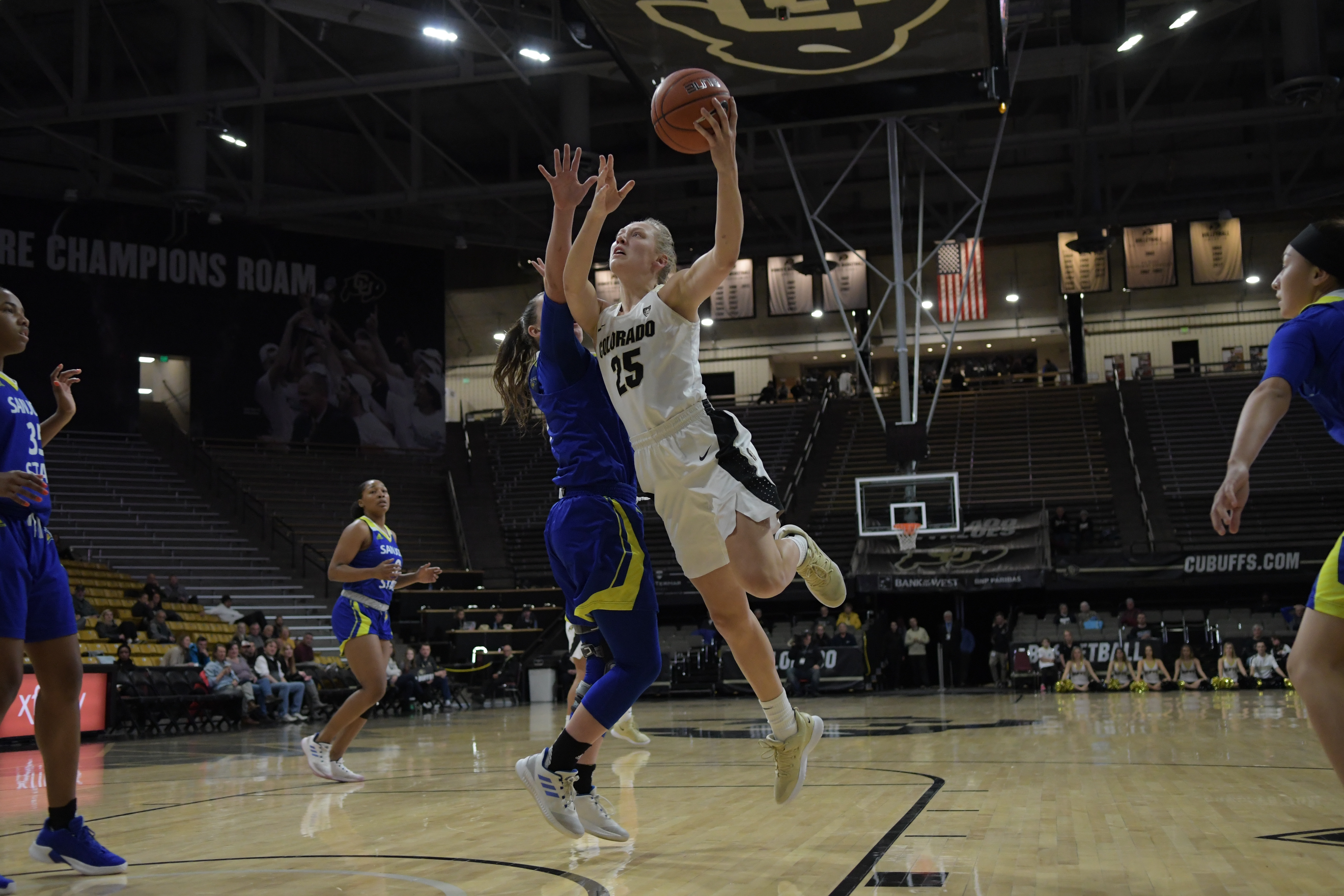 Following the graduation of two seniors, the University of Colorado Boulder women’s basketball team is looking forward to the challenge of growing as a young group.

“I’m excited to be here,” said head coach JR Payne. “We just really love our team this year. We have a really remarkable group of young women who’ve had a great offseason. From last season to this season we’ve worked incredibly hard.”

There’s no shortage of skepticism surrounding the Buffs after a disappointing 12-18 finish last season. CU was voted to finish last in the Pac-12 preseason coaches poll due to uncertainty about what the team will look like without their all-time assist leader Kennedy Leonard and 1,000 point scorer Alexis Robinson.

Despite the concerns, Colorado has embraced the challenge of growing. Rather than letting the loss two stars weigh on them, the Buffaloes are considering it an opportunity for other players to develop together and form a deep team.

“Kennedy (Leonard) and Alexis (Robinson) were incredible players,” Payne said. “I mean their names are littered through the record books. The difference in this year’s team is that there’s just going to be a lot more balance.”

“We just really love our team this year. We have a really remarkable group of young women who’ve had a great offseason.”

One player poised to see a bigger role on the team is sophomore forward Peanut Tuitele. After a promising freshman season where she averaged 7.3 points and 5.4 assists, Tuitele is prepared to take on a heavier workload on the court and as a leader in the locker room.

“I love helping my teammates out especially because I know what it’s like as freshmen to struggle through the change of pace of practices and stuff,” Tuitele said. “I want to be that leader that my teammates can come to.”

The Buffs will also be getting a boost from the return of redshirt sophomore guard Aubrey Knight who only played in three games last year before undergoing season-ending shoulder surgery.

“Getting that experience behind me of playing one year and sitting out a year and being able to watch, I think I have a perspective that a lot of people don’t have,” Knight said.

While many teams would try to block out the criticism that comes from being voted to finish in last place, players and coaches are keeping it fresh in their minds to use as motivation. Everyone involved knows that expectations are low, and they have a strong desire to prove skeptics wrong.

“People just don’t know a lot about us, but that doesn’t mean anything other than every day you have an opportunity to prove to people what you’re capable of being,” Payne said. “To prove to people who you are as an individual, as a teammate.”

The Buffs’ first opportunity to outperform expectations will come in their exhibition game against Regis University on Nov. 4 at 7 p.m. at the CU Events Center.