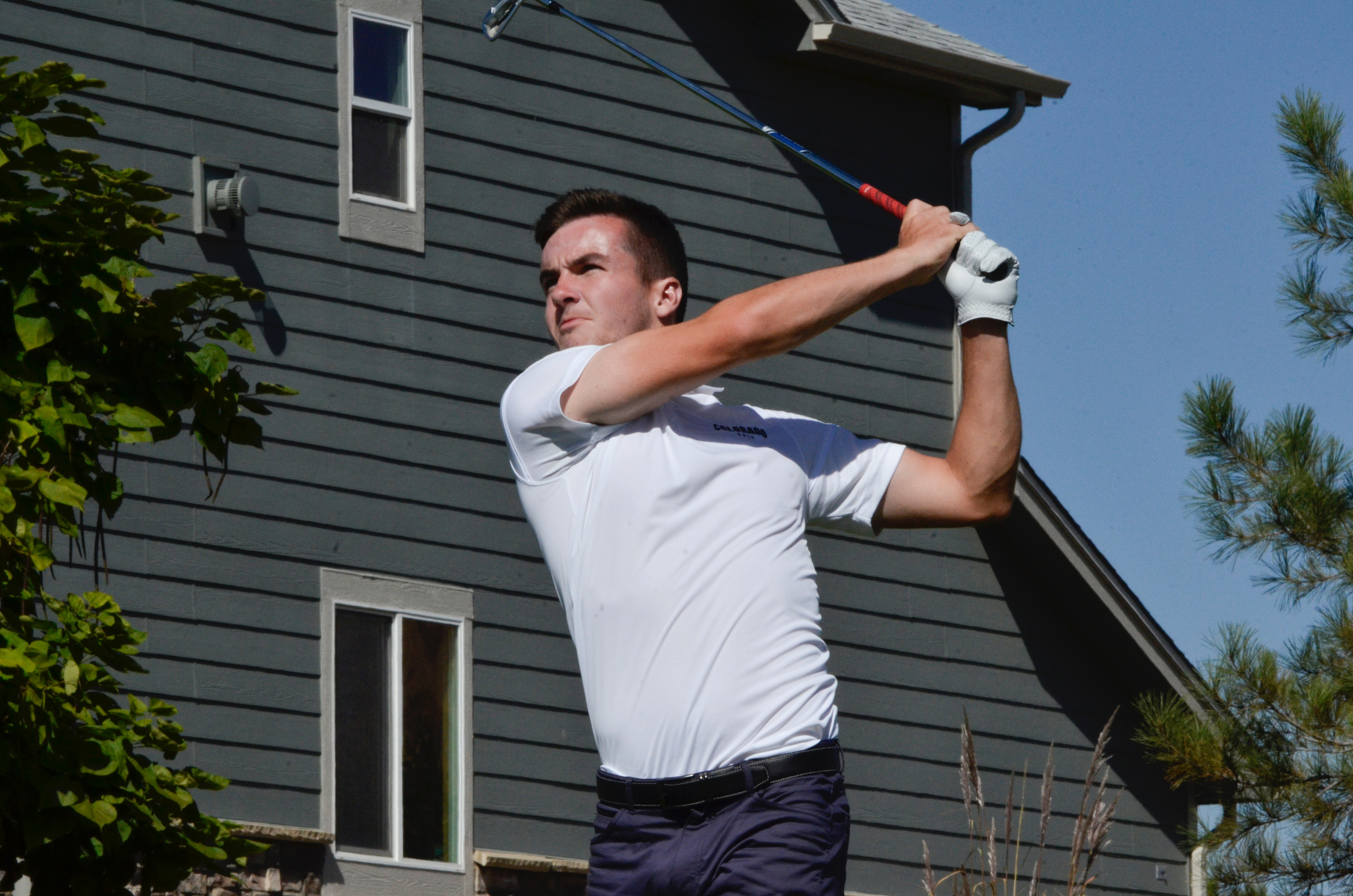 “Everybody is excited to get this victory,” said head coach Roy Edwards. “The team played really well from start to finish. I was really impressed with everyone’s composure and patience. I thought we specifically did a good job of coming down the stretch to pull away. In particular Adam (Matteson), Daniel (O’Laughlin) and Ross (McDonald), the way those three finished was very impressive.”

A senior, O’Laughlin made a run for first place on Tuesday. After shooting 69 and 67 on the first day, O’Laughlin birdied 18 to shoot 68 and secured himself a spot in the three-man individual playoff.

“I was aware the guy in my group was one ahead of me so I kind of knew if I was going to do anything, I had to hole that (birdie) putt,” O’Laughlin said. “The approach shot wasn’t great, I kinda chunked it a little bit, but it turned out okay because it gave me an uphill putt. So when it came off the face, it looked like it was going in.”

“Everybody is excited to get this victory. The team played really well from start to finish.”

Although O’Laughlin fell short of the individual title after losing in the playoff, the CU senior still saw many achievements,   including the clutch putt and shooting three straight rounds in the 60s for the first time at CU Boulder.

“It’s nice,” O’Laughlin said. “Especially being the last one in the fall and being a home event as well. It was really good for the whole team to put on a really good week. So I’m really happy with the three rounds.”

For O’Laughlin, playing on a home course certainly gave him an advantage. There is a reason CU has won this tournament eight straight times and hasn’t fared well when leaving Colorado.

“(Playing in Colorado) helps you relax as well because you look at it as if it’s any other day playing a round of golf with your friends at your home course,” O’Laughlin said.

Senior golfer Ross McDonald also had a confidence-building week. He had the low score on Tuesday, with a six-under 66, and finished tied for eighth in the tournament. The 66 was the lowest score McDonald had shot in a collegiate golf tournament.

“I was struggling with my putter yesterday and started to get some putts to go today,” McDonald said. “I hit some good iron shots in there … that helped me get some momentum and go into the back nine and make birdies on holes I should make birdies on.”

McDonald still had some shots he wanted back, especially the 10-foot birdie putt on 18. If he drained it, he would’ve shot 65, earning himself one of the coveted camouflage golf bags that are only given out for special achievements.

McDonald and his teammates will have plenty of opportunities in the spring to earn the camo bag. The Buffs have an individual tournament at Boulder Country Club on Oct. 21 to wrap up their fall season before beginning preparations for the ever-so-important spring season.