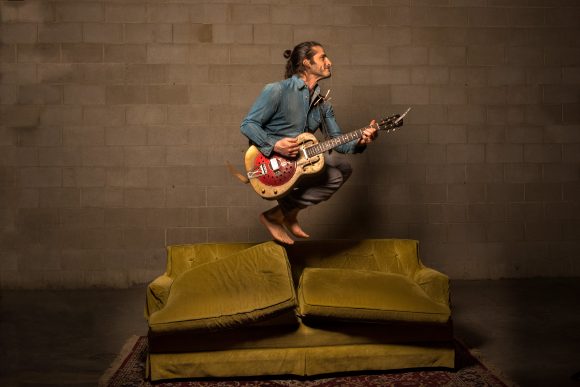 Folk singer Adam Ezra will be opening for Carbon Leaf at Boulder’s eTown Hall on Oct. 10.

Based in New England, Ezra has been playing folk music for more than 20 years. His acoustic style concentrates on bare instrumentals and vocals, alternating between sweet and gritty characters in folk music. Ezra is excited for his current tour with Carbon Leaf, an alternative country, Celtic and folk-infused indie group.

“They are really good people,” Ezra said. “Every time they put on a good show.”

In Ezra’s own concerts, he tries to create a unique experience. “We never play the same show twice,” Ezra said. “We decide on-stage what we’re playing each night.” This allows each concert to be completely new and unpredictable and, according to Ezra, is “one of the ways that helps being on the road.”

Ezra records these live concerts for his Better Than Bootleg albums as a way to give back and “create something our fans could take home.”

“Our fans are amazing,” Ezra said. “They stick with us and come to our shows.”

Connecting with his fans is an important part of Ezra’s work. His Get Folked tour allowed him to perform in his fans’ actual homes by himself, giving his band two months off. Ezra explained that the tour allows him to find new connections with fans.

“I love playing music, sharing music with people… (It) lets me connect with people,” Ezra said. “Music brings people together. I believe when you’ve got a community of people you can bring them together with music.”

Ezra enjoys supporting humanitarian and natural causes through his music. The latest cause he supported was La Senda Verde, an organization that places wildlife sanctuaries all throughout the Americas to help conservation efforts. Most recently, he performed at The Ramble, a music festival on Salisbury Beach that features multiple artists, such as Liz Frame & The Kickers and Kali Stoddard-Imari. The Ramble’s main charity is the New England Center and Home for Veterans, which helps veterans with safe and affordable housing. 4000 people were in attendance this year and the fundraiser helped 25 homeless veterans get housing.