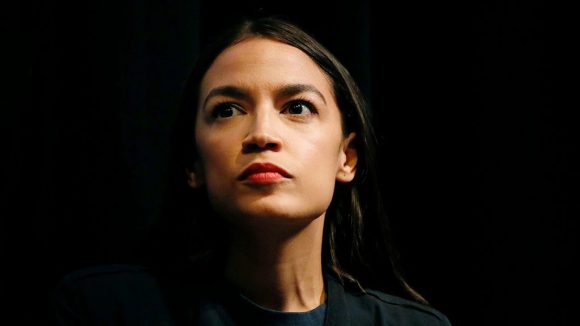 The Boulder County Democrats hosted freshman Democratic Rep. Alexandria Ocasio-Cortez as the keynote speaker for the 44th Annual Truman Dinner on Saturday. The event, held in the Glenn Miller Ballroom on the University of Colorado Boulder campus, was the largest in history and saw over 1,000 people, according to Boulder County Democrats Chair Raffi Mercuri. The Truman Dinner is an annually held fundraiser and award ceremony for active members of the party.

Ocasio-Cortez had spoken earlier that day at Boulder High School for a public forum on climate action.

The evening began with a performance of the national anthem by Patrick Bessenbacher, a CU senior majoring in vocal performance. Other guest speakers included CU Regent Lesley Smith, Speaker of the Colorado House of Representatives KC Becker and Colorado Secretary of State Jena Griswold, prominent figures in Colorado’s Democrat party.

Speakers cited Ocasio-Cortez’s youth and grassroots efforts as an inspiration, applauding her breakout campaign which led her to become a New York representative at the age of 29. Many cited the representative’s progressive policies, such as the Green New Deal, which aims to take a comprehensive look at climate change and green jobs.

“(Ocasio-Cortez) has fought for the voiceless and above all, given us hope,” said Colorado Rep. Joe Neguse.

Taking the stage, Ocasio-Cortez emphasized the need for more progressive movement within the Democratic party, particularly in moving away from corporate money.

“We need to be a grassroots party, a party of working people, not dependent on corporate interests, but on popular support,” Ocasio-Cortez said.

She encouraged more young working-class people to run for office saying that “it’s not as hard as they make it out to be.” She denounced lobbyist money and said that “not everything in this country is for sale” especially when it comes to the planet, the ability to receive healthcare, access to clean water and democracy. The congresswoman credited Boulder County as an “epicenter of progressiveness in the Democratic party” and concluded her speech saying that she was “proud of Boulder County.”

“(Ocasio-Cortez) has fought for the voiceless and above all, given us hope.”

Other speakers addressed progress specific to Colorado throughout the night including the state’s passage of the Red Flag law, banning of conversion therapy, criminal justice reform and passage of environmental protections. Madame Speaker Becker said Colorado is leading the nation in environmental protection but said, “there is a great deal more to do, and we need your help to do it.”

Colorado Secretary of State Griswold escalated discussions by turning to the White House and calling for the impeachment of President Donald Trump.

In her speech, Ocasio-Cortez addressed her frequent criticisms of being “unrealistic” in her policies towards economic inequality.

“It is not realistic to pretend that the path we are on is sustainable,” Cortez said. “The rich get richer and the working class and the poor get poorer.”