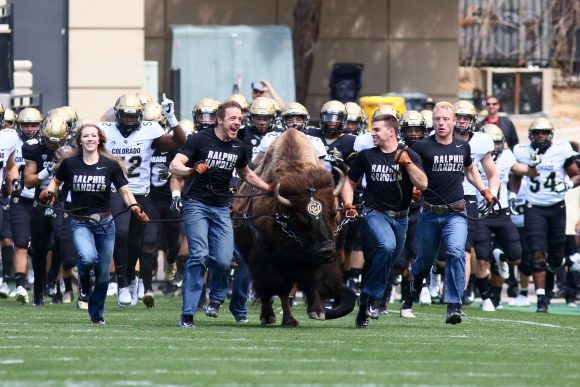 The last time the University of Colorado football team played the Air Force Academy, Richard Nixon resigned from his presidency, a dozen eggs cost only 45 cents and the Buffs were led by head coach Bill Mallory. After a 45-year break, the two in-state rivals are set to play again at Folsom Field on Sep. 14 at 11 a.m MST.

It will be a close matched game between the Falcons and the Buffaloes and a lot has changed since Oct. 5, 1974 when they faced each other at the Air Force Academy in Colorado Springs.

CU has been long awaiting this game and preparations have been in place since their fall training camp. The Buffs have been preparing for the Falcons’ offense known for a variety of plays and formations. Their schemes may make it difficult for the Buffs to solidify a plan.

The Falcons began their season with a 48-7 win over Colgate University on Aug. 31. The Air Force has a strong offense this season totaling 464 yards during the game, 423 of which came from the ground. They were able to hold off Colgate until the fourth quarter when the straggling team managed to score one touchdown before the match ended.

CU won against their rivals, the Nebraska Cornhuskers, on Sept. 7 during an intense battle that ran into overtime. The Buffaloes managed to come out on top after falling behind 17-0 in the first half. The game ended after a Nebraska missed field goal to give CU a 34-31 victory.

Colorado and Air Force are coming off different style wins, but expect a competitive game on Saturday. Tickets and information can be found here.