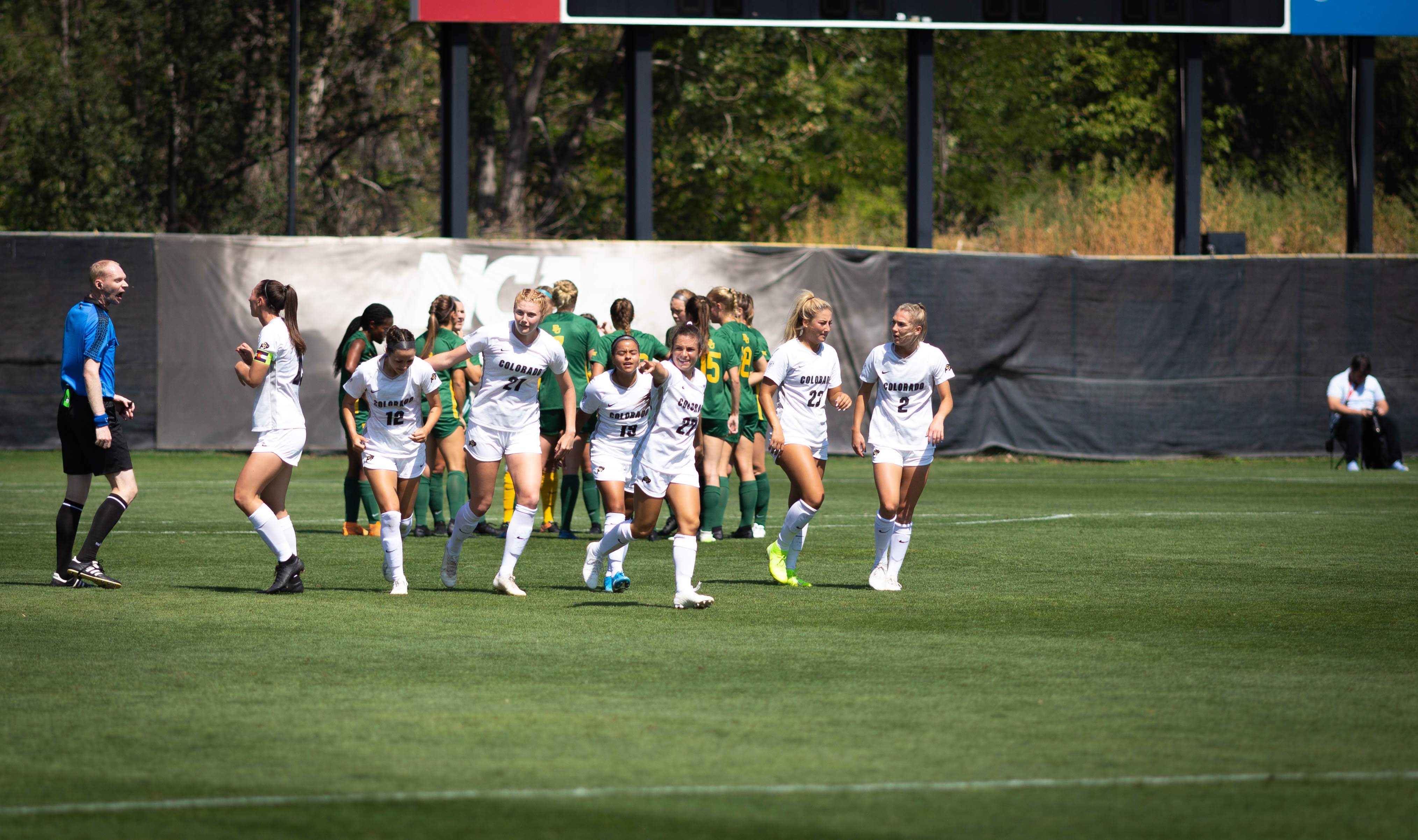 The University of Colorado Boulder’s women’s soccer team (5-0) hosted Baylor (3-0-1) Sunday to close out their season-opening six-game homestand. The CU Buffs looked to extend their winning streak to six and remain undefeated, while the Baylor Bears hoped to continue their success away from home following a 2-0 shutout victory over Wyoming. Both teams sat just outside the top 25 according to the United Soccer Coaches poll coming into the matchup.

Last time out, Colorado defeated Austin Peay 2-0 in what was the 100th career win for the Buffs at Prentup Field and the third shutout in the first five games for CU. 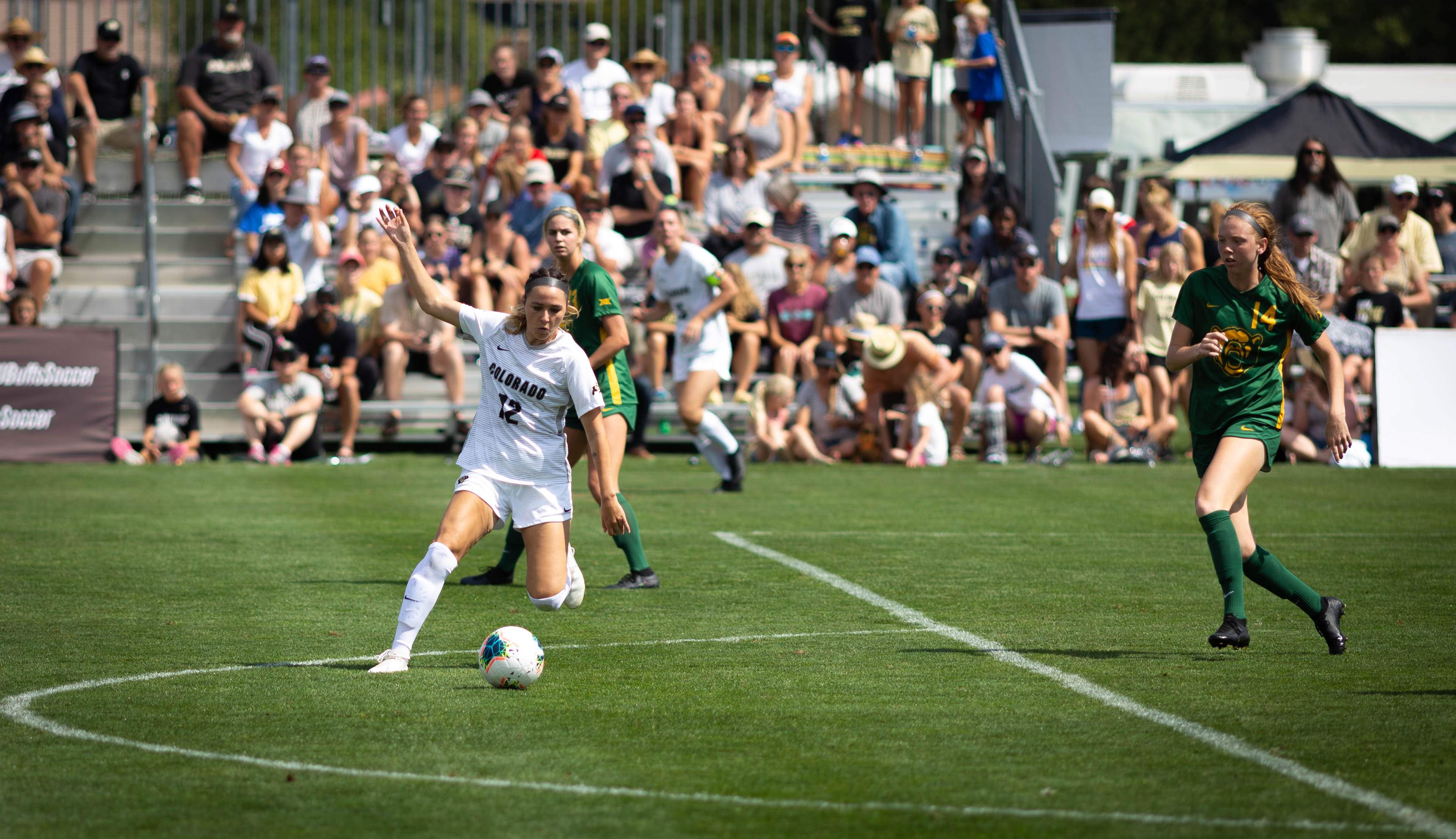 A fast-paced and physical match throughout, both teams generated solid chances early. Freshman midfielder Roo Yarnell-Williams scored her third goal of the season at the 15-minute mark off assists from senior midfielder Taylor Kornieck and junior defender Gabbi Chapa to give the Buffs a 1-0 lead.

Yarnell-Williams talked about the energy and fast-pace that the Buffs came out with in the beginning to ultimately give Colorado the lead. The freshman generated multiple offensive chances for the Buffs throughout the matchup.

“I just wanted to win,” Yarnell-Williams said. “These players are a lot more aggressive than any of the teams we have played against so far. So, I just came out knowing that I had to get the ball off my foot early in order to a, stay safe and b, make something happen on the field. Honestly, our whole team, we totally sped up the game and I think that’s what put them on their heels and got us the win.”

Chapa made a cross after receiving a pass from Kornieck, which ultimately set up Yarnell-Williams for the game’s only goal.

“It definitely just started from the middle,” Yarnell-Williams said. “Taylor played out a great ball out wide to Gabi. She looked up and opened her hips up and Gabi and I just made eye contact and I knew it was going to go in from that moment. It was a beautiful ball in, beyond perfect actually, I don’t think it could’ve gotten any more on target.”

Baylor had a chance to score at the 69-minute mark when redshirt freshman midfielder Maddie Algya drilled a shot toward the top right corner, only to be saved by leaping senior goalkeeper Jalen “J.J.” Tompkins.

“Baylor plays a style that got them to two straight elite eights and they’re a handful,” Sanchez said. “But you can also see the quality of their players. So, we knew it’d be a bit of a fistfight. Like I told the team, I was super proud of them for competing. We scored the one goal, but after that, we really competed. And the 50/50 (balls) were 50/50s. The 50/50s couldn’t be 70/30s because then they would’ve won the game.”

A save by Tompkins in the last minute secured the Buffs’ first 6-0 homestand in program history. Next up, Colorado will head to Tallahassee for a Thursday night game with the sixth-ranked and defending national champions, the Florida State Seminoles, on Sept. 12. 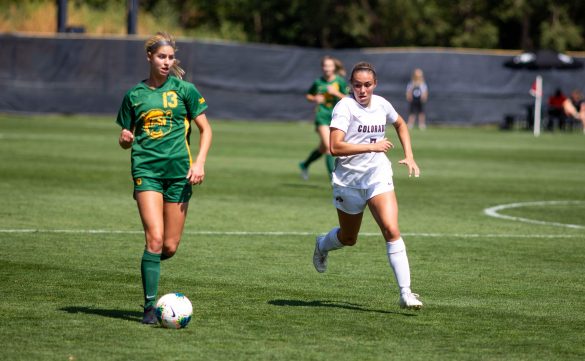 Forward Libby Geraghty attempts to steal the ball away from midfielder Michaela Gorman during the game against Baylor. Sept. 8, 2019 (Kevin Wu / CU Independent) 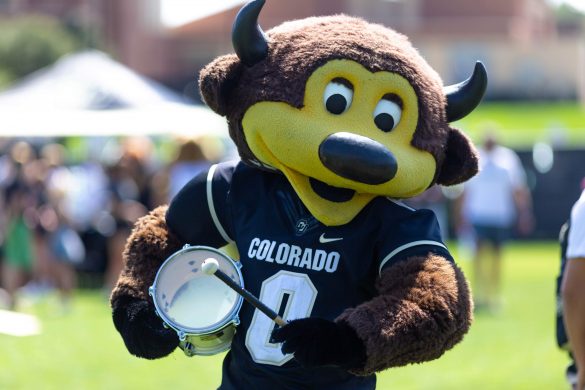 Chip the Buffalo poses for a photo at the Colorado vs Baylor soccer game. Sept. 8, 2019 (Kevin Wu / CU Independent) 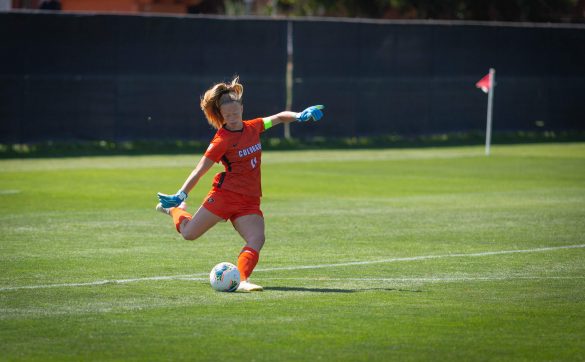 In an effort to get the ball downfield as quickly as possible, goalie Jalen Tompkins punts the ball. Sept. 8, 2019 (Kevin Wu / CU Independent) 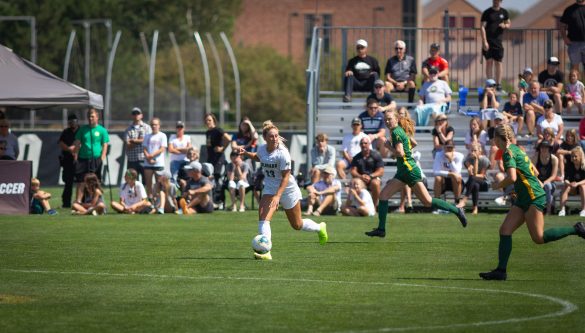 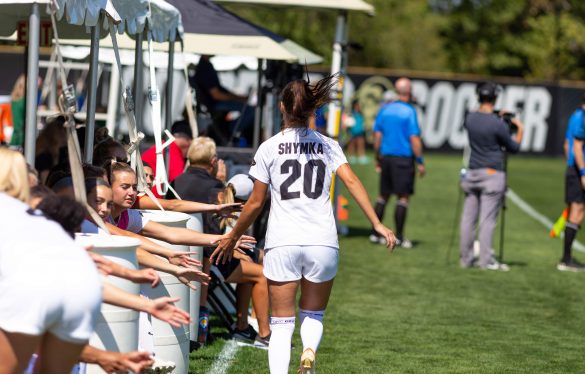 Forward Camilla Shymka gets a high five from teammates as she trots onto the field during the game against Baylor. Sept. 8, 2019 (Kevin Wu / CU Independent) 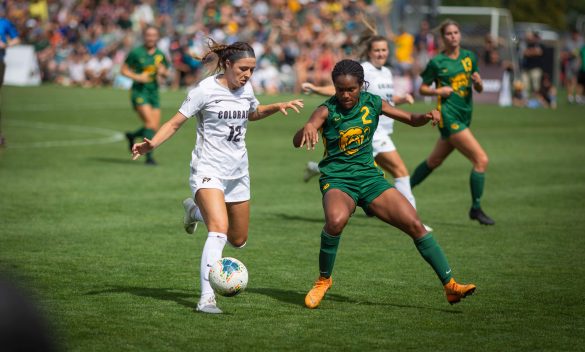