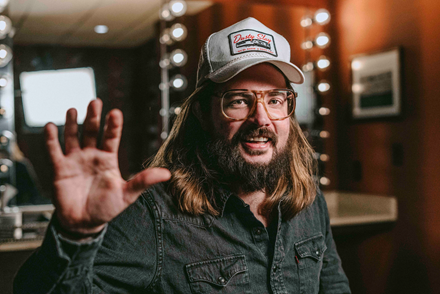 Comedian Dusty Slay will be performing two shows at 7 p.m. and 9 p.m. at the Dairy Arts Center in Boulder on Friday, Aug. 23.

Slay, who describes his comedic style as “dry, country comedy,” has received media attention since his career took off in 2014. In 2019, he became the youngest comedian to perform at the Grand Ole Opry Stage in Nashville and was chosen as one of Variety Magazine’s Top Comics To Watch in 2019. He appeared for the second time on “The Tonight Show with Jimmy Fallon” this summer and has recently performed at major comedy festivals, including Just for Laughs in Montreal and Clusterfest in San Francisco.

He has been described as a “redneck Mitch Hedberg,” a comedian who was known for his deadpan style and one-liner jokes. Another inspiration for Slay is Ron White, a Grammy-nominated comedian from Texas.

“I want my jokes to be palatable enough to where everyone gets it,” Slay said. “I want to write a smart joke that’s easy to understand. If you are wanting to write jokes, you are always paying attention and looking for the funny thing. That weird moment that happens to you somewhere is not just a weird moment anymore. It’s a potential for a new joke.”

Onstage Slay said his style can be “fidgety.” A fan once commented on a YouTube video that Slay “looked nervous and confident at the same time.”

“I love that comment,” Slay said. “When I first started doing comedy, I was so uncomfortable on stage, but I would be confident in my jokes. Now I have adopted that as my style.”

Growing up poor in a trailer park in Alabama, Slay said he had a difficult childhood and felt insecure compared to his classmates. From an early age, he used comedy as a way to stay optimistic. He loved to tell jokes and make people laugh.

“When you are in a place of insecurity, you react to that in different ways,” Slay said. “I reacted by wanting to be the funny guy. The classroom was the perfect place for me. I had this captive audience all the time. When I graduated high school, I was really lost for a bit. I didn’t go to college. I don’t have that audience from school anymore. I kept asking myself how do I find that audience?”

He found that audience in 2008 when he began doing stand-up comedy shows in Charleston, S.C., at local bars and improv theaters. From there, he worked up to touring on the road and has been a full-time comedian since 2014.

Slay is active on social media, connecting with fans on Twitter, Instagram and YouTube. He also has a podcast named “We’re Having a Good Time,” his comedic tagline, which he co-hosts with his wife Hannah Hogan. They tell funny stories and share advice for young, aspiring comedians.

For the future, Slay wants to grow his audience and focus on becoming the best comedian he can be.

“I want to bring people joy,” Slay said. “I want people to feel good. I want to make the kind of comedy that no matter who you are or what you are going through, you are not going to leave my show feeling worse. I want to create something people can watch and forget all of their problems for a little while and just laugh.”

Information and ticket prices for Slay’s upcoming show can be found here.