From June 15 to June 16, Denver saw thousands gather in Civic Center Park for the 44th annual PrideFest celebration. Denver PrideFest is the biggest Pride celebration in Colorado, drawing 425,000 attendees and 415 volunteers in 2018. 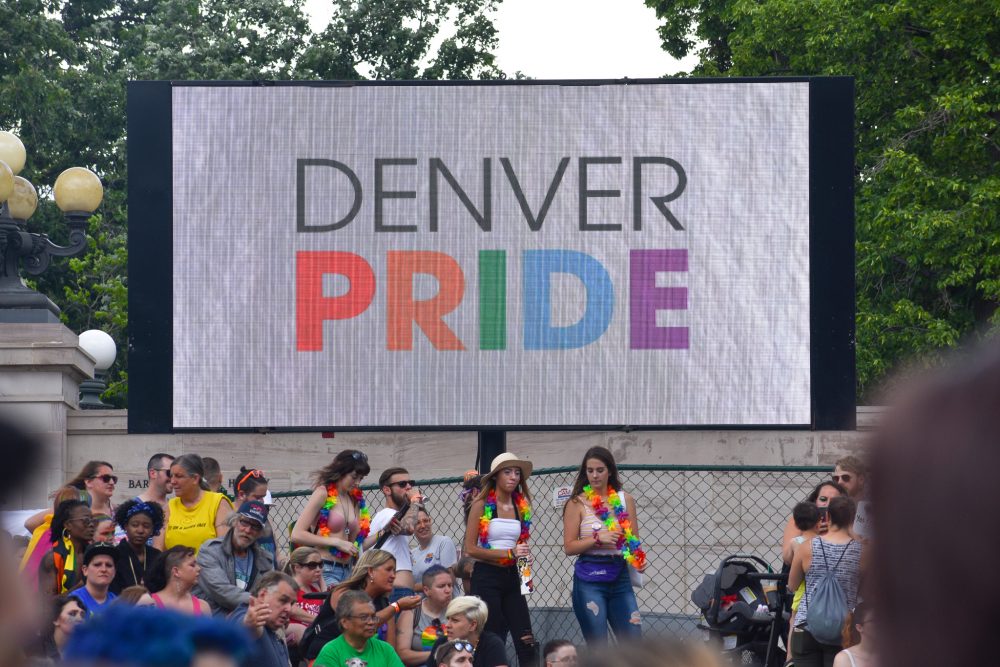 This year’s event was estimated to have over 500,000 people in attendance, with a record 240 float entries. 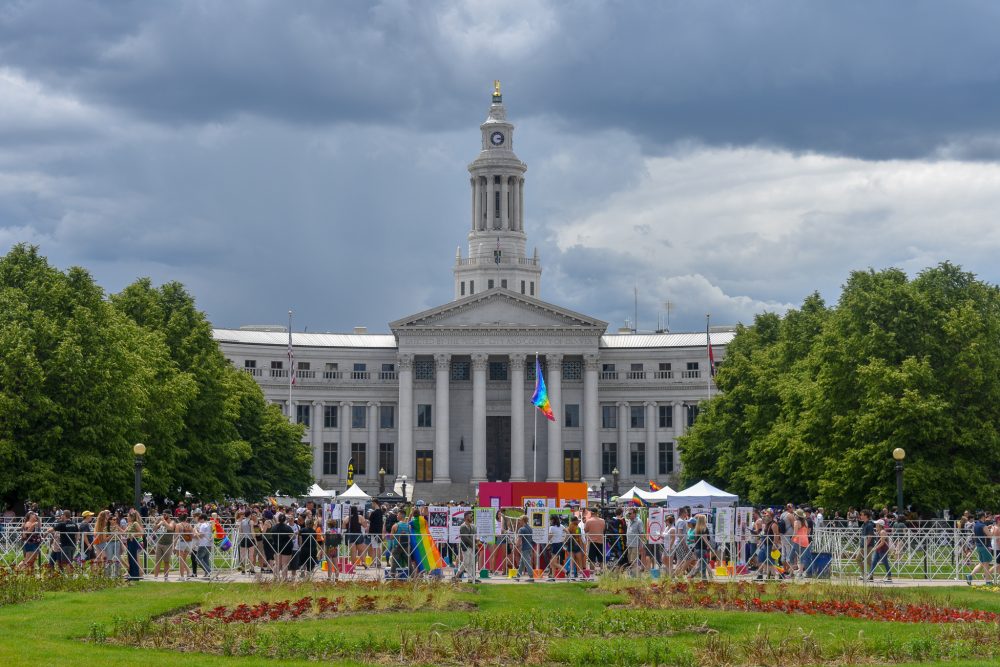 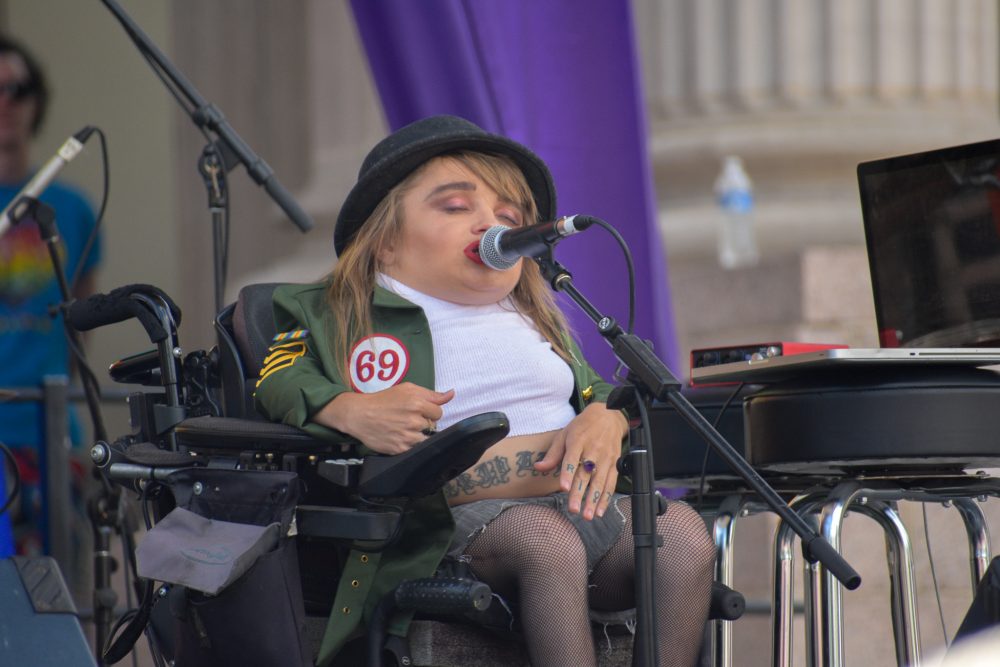 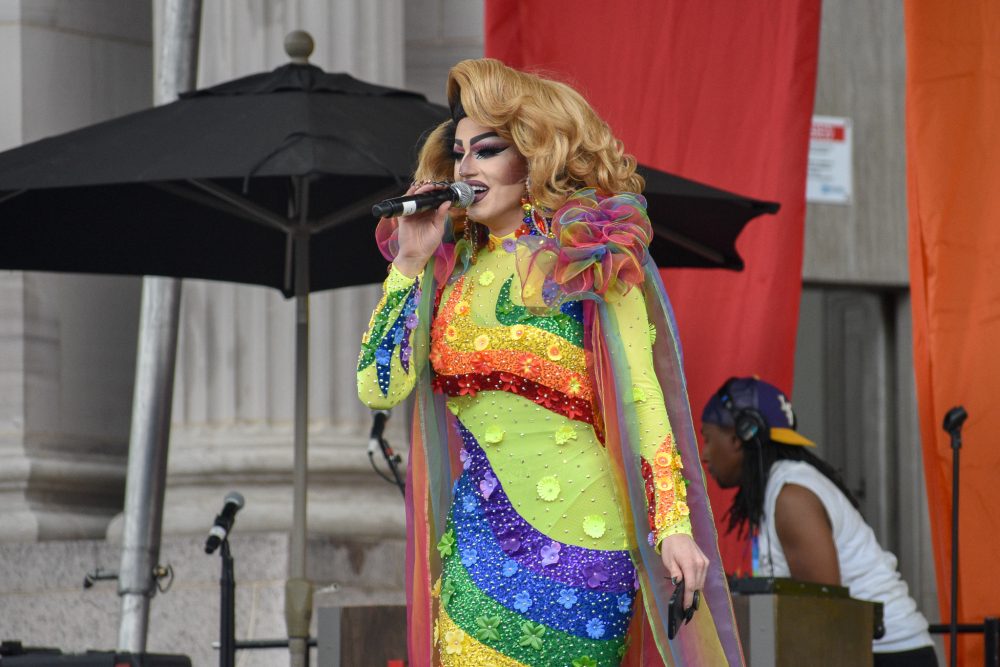 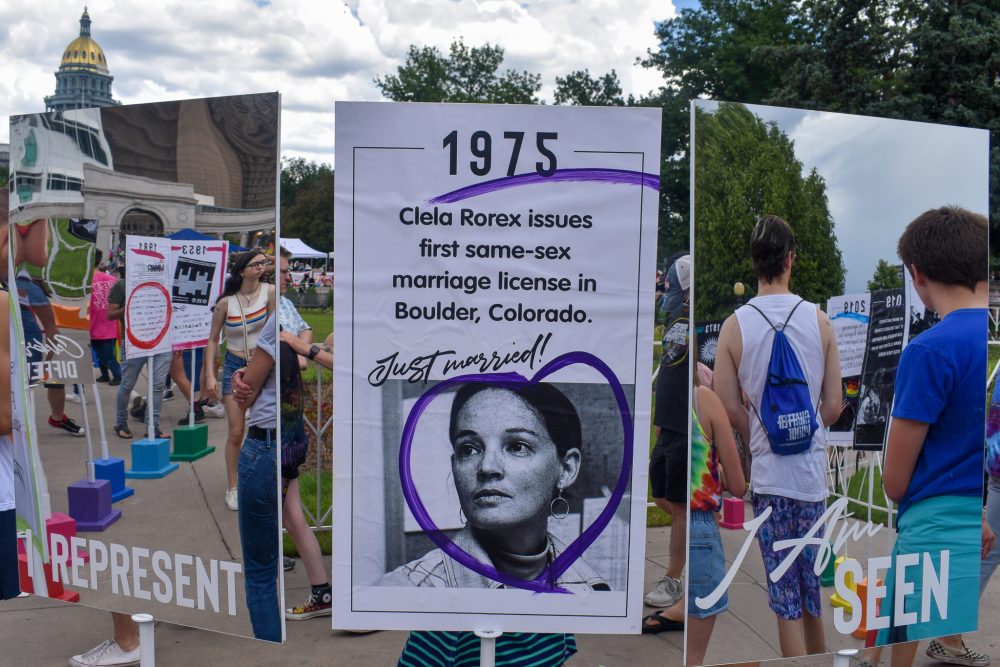 A sign commemorating the first same-sex marriage license in the United States which was signed in Boulder by Clela Rorex. June 15, 2019. (Anna Haynes/CU Independent)

During the celebration, a Pride flag was displayed in front of the Colorado Capitol for the first time thanks to Gov. Jared Polis, the first openly gay governor in the U.S. 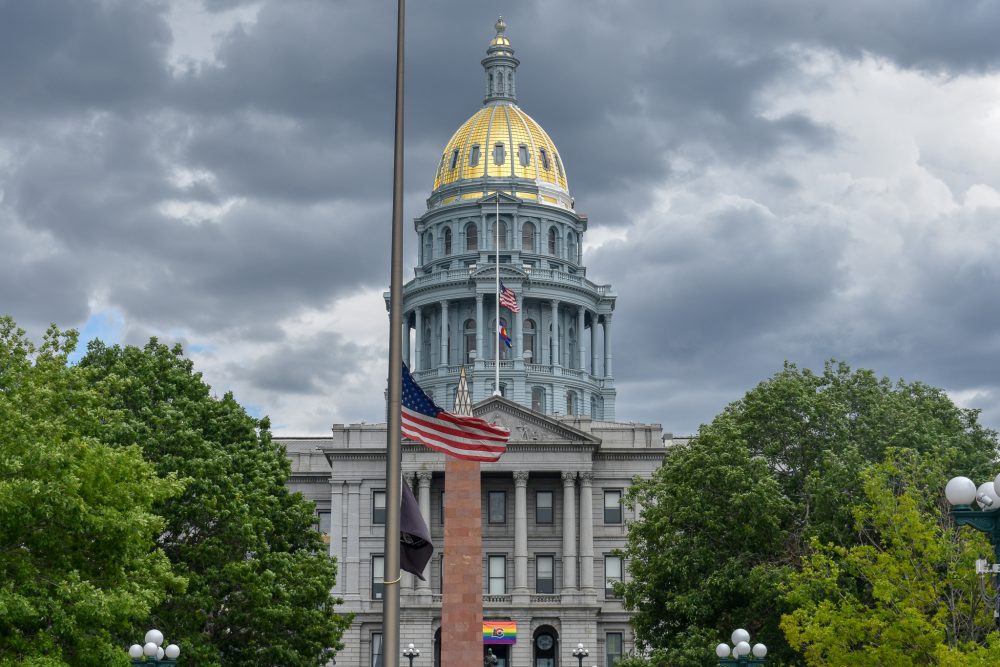 Just like every year, Denver PrideFest gave hundreds of thousands of attendees a temporary retreat from the struggles of being LGBTQ+ and acted as an unconditional celebration of love. 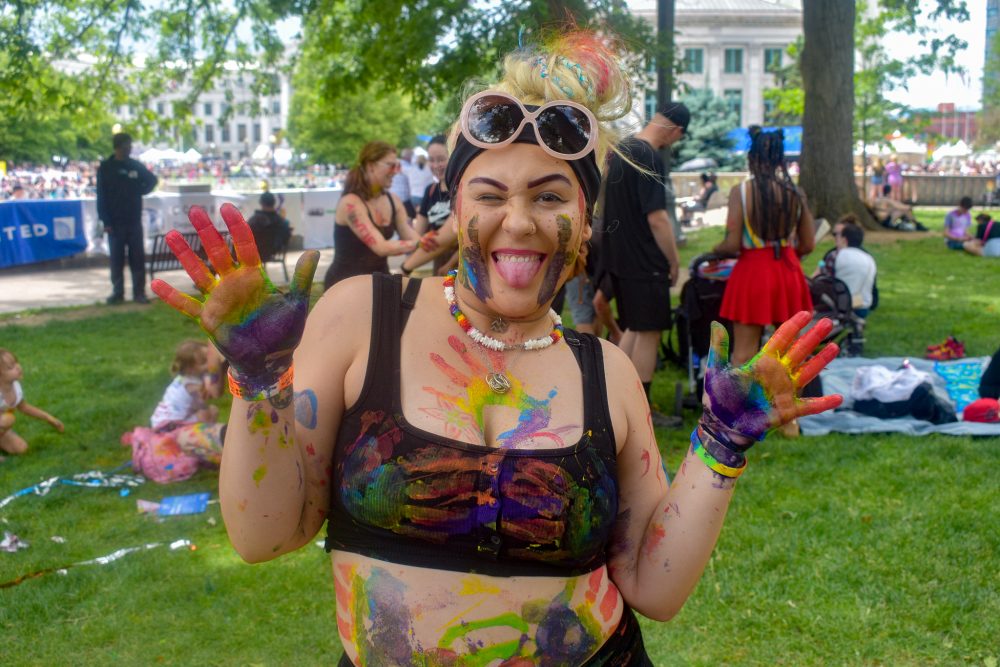 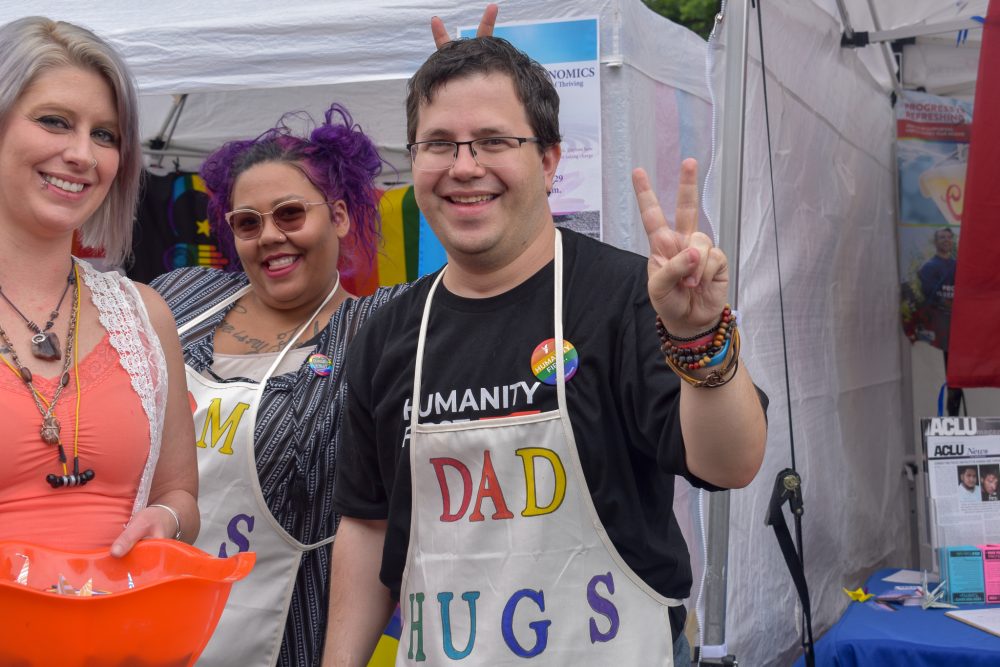 An attendee offering “dad hugs.” It has become a common trend in recent years to provide parental hugs to LGBTQ+ youth who have faced familial discrimination. June 15, 2019. (Anna Haynes/CU Independent) 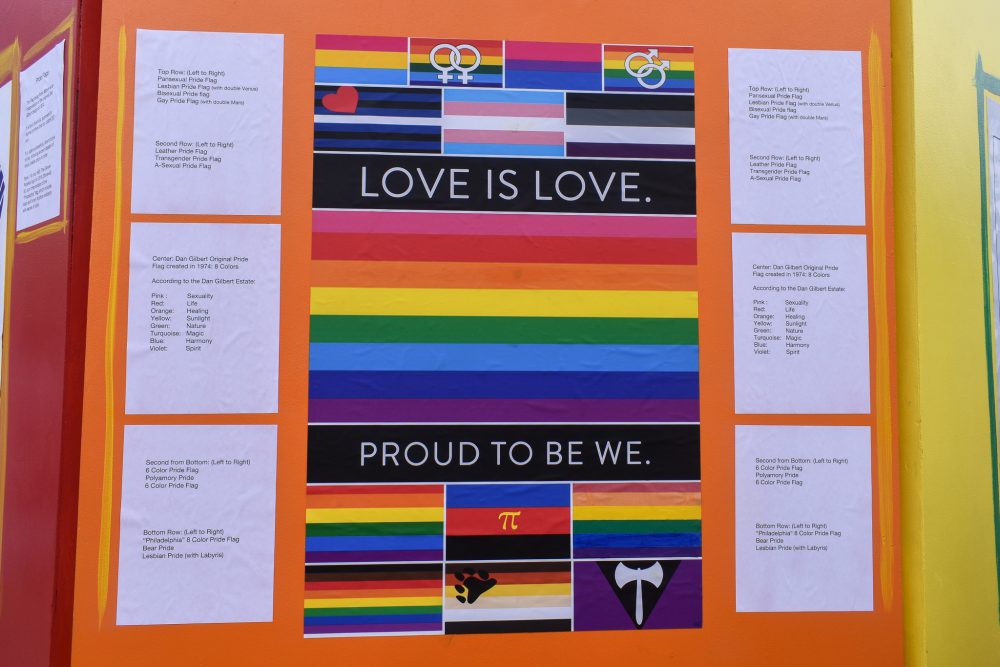 A display with various LGBTQ+ flags alongside the words “Love is love. Proud to be we.” June 15, 2019. (Anna Haynes/CU Independent)