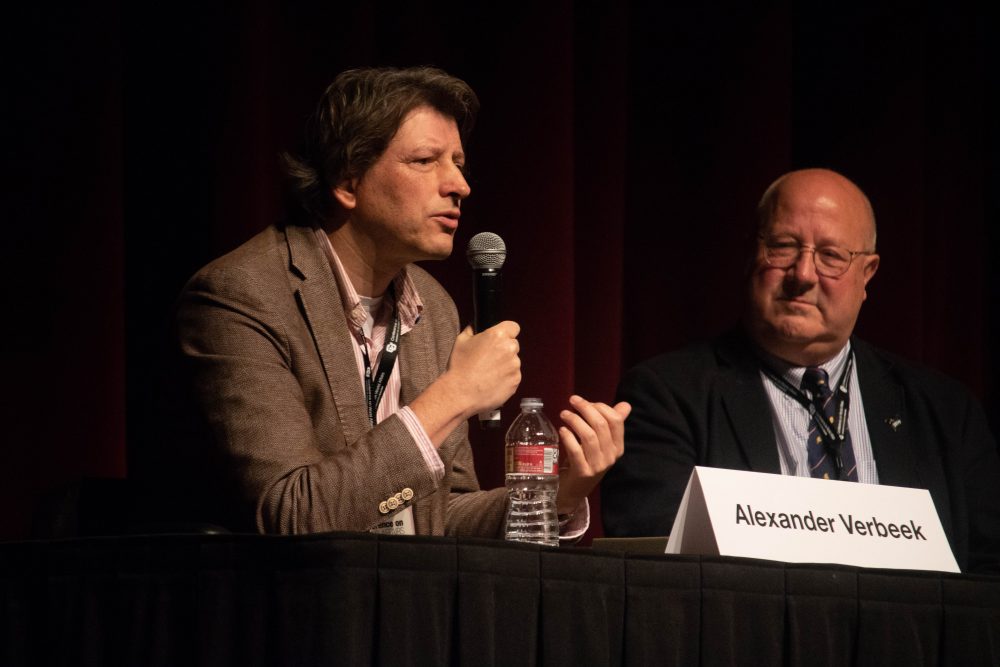 Panelists at the 2019 Conference on World Affairs discussed a range of micro and macro environmental concerns, from how to mitigate the effects of climate change to how to protect the health of bees.

At a Thursday panel entitled “Climate Change Innovations,” Founder of the Institute for Planetary Security Alexander Verbeek discussed the globalization of climate concerns. He cited the need for greater international cooperation to combat environmental issues which traverse national boundaries.

Verbeek explained how three groups of countries exist in regards to climate change. The first group is comprised of rich countries, which have profited from pumping CO2 into the air for decades. A second group is now beginning to profit from CO2 emissions while the third and poorest group has never contributed to the global emissions burden.

“The most unfair thing of all is that these countries in the third group, they get the worst of climate change,” Verbeek said. “On top of that, they are less capable than we in the West are in adapting to these challenges.”

In terms of solutions, Verbeek advocated for the policy measures outlined in the Green New Deal proposed by Rep. Alexandria Ocasio-Cortez. He cited the burning of fossil fuels as the main contributor to the issue — stopping the pumping of oil and gas would address the root of the issue. On an individual level, he supported a reduction in red meat consumption, both because of the water levels and amount of land required to produce meat.

“Whatever the policy is, in some way shape or form, we are incentivizing [the] industry to do something,” Penn said. “If you incentivize the utilities to be energy efficient instead of incentivizing them on the capital side … you will also have an impact on the effects of climate change.”

Penn pinpointed policy as the main reason underlying whether businesses and individuals make energy-efficient switches, citing that much of the issue boils down to financial constraints.

“The solutions everyone can take in order to preserve our nature and to preserve the planet, to move with a more sustainable world,” Asma Ghazouani, engineering student and Fulbright scholar, listed as her biggest takeaway from the panel.

Another panel held on Thursday titled “Will Bees Save the World?” brought beekeepers and gardening enthusiasts together to hear helpful solutions and learn about the realities of the pollinator population.

“One of the best things we can do is we can let the bees live the way they want to,” said UMN Bee Squad Associate Program Director Rebecca Masterman. “We can have the messiest lawns, we can have the most number of flowers out there [and] we can really change what we think is beautiful.”

Varroa mites, Masterman said, are the main reason for the honey bee decline. In September of 1987, the first recorded colony failure in the U.S. occurred due to varroa mites. Varroa mites, not native to the U.S., have posed threats to honey bee colonies since their arrival in the 17th century.

“Educate yourself, that is probably the main thing that we should be doing,” said INDEX: Design to Improve Life Communications Director Lesley Price. 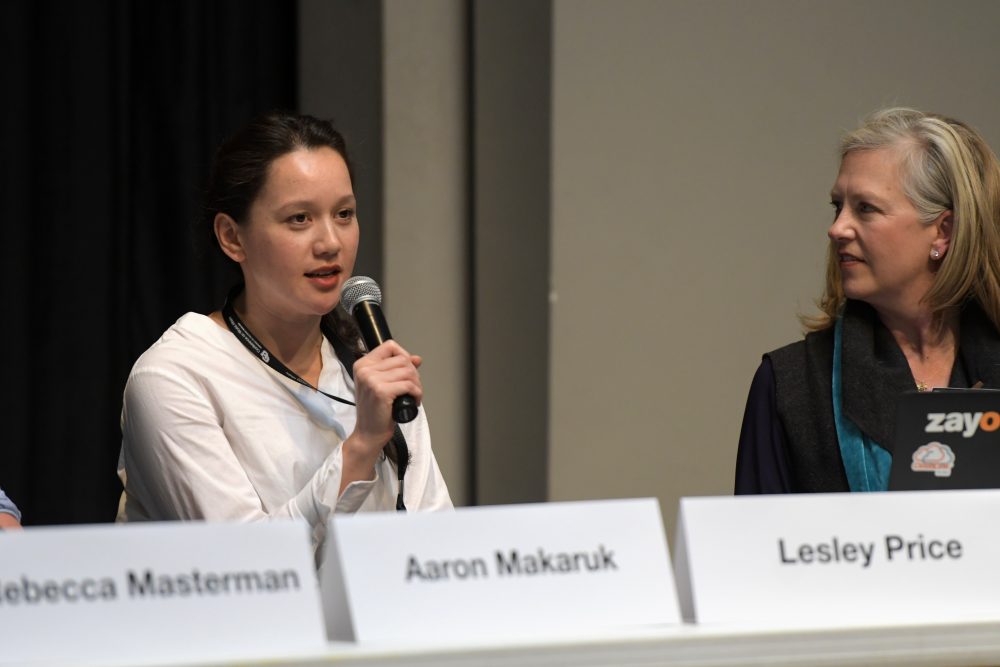 During the Conference of World Affairs’ Will Bees Save the World? panel Lesley Price discusses her background. April 11, 2019. (Vyla Carter/CU Independent)

Groups and businesses have taken different initiatives to help the Hymenoptera community, the insect group which includes bees and wasps. Programs exist to train bees to pollinate certain crops, to build cold storage facilities to optimize bee health during the winter and to create synthetic food for bees to build their immune system.

Aaron Makaruk, CEO of OSBeehives, created an app for beekeepers to be aware of their bees health status.

“We put smart devices inside of the beehives and use AI to basically monitor their health conditions in real time so that beekeepers can understand when their bees are sick and intervene to prevent your bees from dying,” Makaruk said.

In response to a student question which asked how people can help in small ways, Masterman encouraged students to use their purchasing power to choose products and businesses that are bee friendly.

“The closer we can get to a natural habitat is where we’ll strengthen our ability to support pollinator habitats,” Wight said.

“I think the planet does deserve action and it takes a lot of people to look at it like that,” Makaruk said. “We can mobilize and change”.