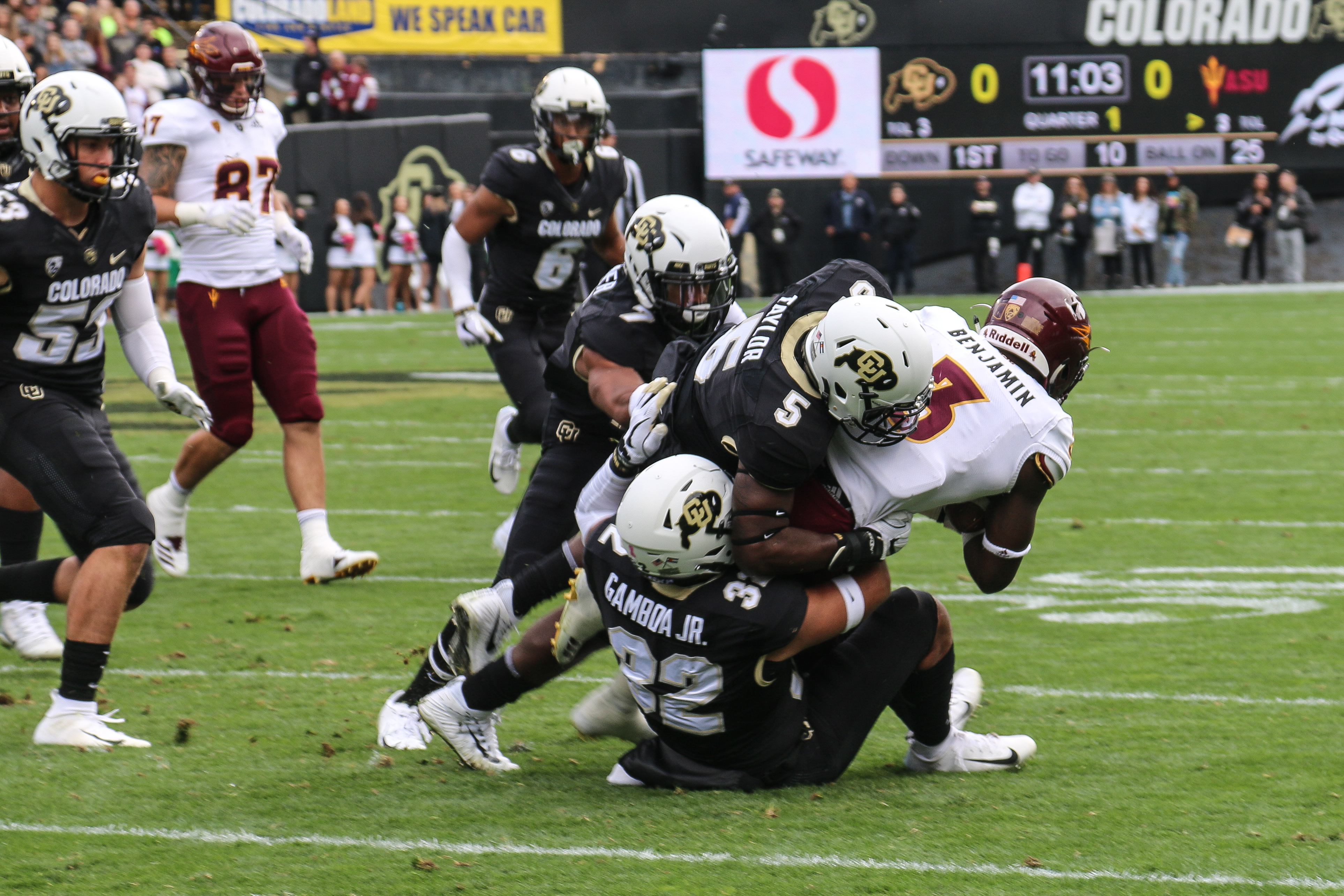 Former CU linebacker Rick Gamboa was among those who made an appearance, joining past Colorado teammate Drew Lewis and three other backers from Colorado State and CSU Pueblo.

Gamboa finished his career at Colorado after the 2018 season and recorded 388 tackles, good for fifth all-time in Buffaloes program history.

For Gamboa, whose college days are now formally behind him, his eyes are on the prize of making an NFL roster this summer.

“I always had the dream of playing in the NFL since I was a little kid,” Gamboa said on Wednesday. “It doesn’t matter where I play. I just want to be on the field and keep playing football.”

During a given team’s pro day, the deck isn’t exactly shuffled in favor of the performing players. A lot of the time, guys are showing their skills to coaches and people whom they’ve never met or played in front of. For Gamboa and the 39 others in Englewood, their activities on the field lasted less than an hour.

In essence, the players had roughly 45 minutes to make an impression.

“[All] this is [are] football drills,” Gamboa said. “I’ve been doing a lot of [these] drills since I was six years old — sometimes you feel a little nervous in this setting, but for me, I’m not. I feel comfortable having played football for a long time. All the work I’ve put in — it all comes together here.”

Gamboa certainly has the experience. He redshirted during his freshman year at Colorado in 2014, practicing in the fall and on the scout team as linebacker.

His career at Colorado took a fateful turn early into the 2015 season. Having until then been utilized as a reservist, during the Buffs’ 48-14 win at home over UMass on Sept. 12, Gamboa was thrust into a starting inside linebacker role following a season-ending meniscus tear suffered by incumbent mike linebacker Addison Gillam.

From there, beginning in the fall of 2015, Gamboa became a rock on Colorado’s defense — he started the final 11 games of that season and by the time he’d played his final game as a Buffalo, on Nov. 24, 2018, he’d made 49 consecutive starts.

“You can’t replace Rick Gamboa on the defense,” said Colorado linebackers coach Ross Els. “He got everybody lined up. Linebackers are always making calls to get the front lined up, but very seldom can they turn to the back end and tell what safety is rotating down and who’s covering who.”

Gamboa, who had a reputation among players and coaches at Colorado of being among the most dedicated watchers of opposing team’s offenses on film, added much to his game while at CU.

“I learned a lot from all the coaches I had [from] my freshman year all the way to my senior year,” Gamboa said. “In high school and when you’re younger, it’s a lot more of just playing and reacting, but when you get to college, you understand how important watching film is and understanding everything that’s going on the field and things to expect and see what’s going to happen.”

According to Gamboa’s most recent linebackers coach, he certainly applied what he learned during game-time situations.

“He was our true defensive coordinator out on the field,” said Els, who coached Gamboa his junior and senior season. “Once a call was made, he [always] made the right adjustment. That’s what you’re going to get from Rick Gamboa.”

Els, a former defensive coordinator at Purdue before coming to Colorado, meshed well with Gamboa and CU’s linebackers. Under Els’ watch in 2017, Drew Lewis recorded a team-high 119 tackles, while Gamboa was right behind him with 117.

2017 marked the first time since 2006, and the second time since 1994, that a duo of Colorado linebackers both registered 100-plus tackles.

“As soon as [Els] came in, his first day, [during] one of the drills I’ve run a million times, he pulled me to the side and corrected me,” Gamboa said. “My first thought was ‘I’ve done this a million times,’ but never really thought of [changing]. He definitely helped me get better.”

For Gamboa, who stands at 6-foot-0 and weighs 230 pounds, continuing to improve his game further is priority No. 1.

“I know my skill set and my athleticism, but I have to understand a little more than the faster, quicker guys,” he said. “…If it means I have to work my way up on special teams in order to gain playing time on defense, then I’m all for it. I’m willing to do anything to help a team.”