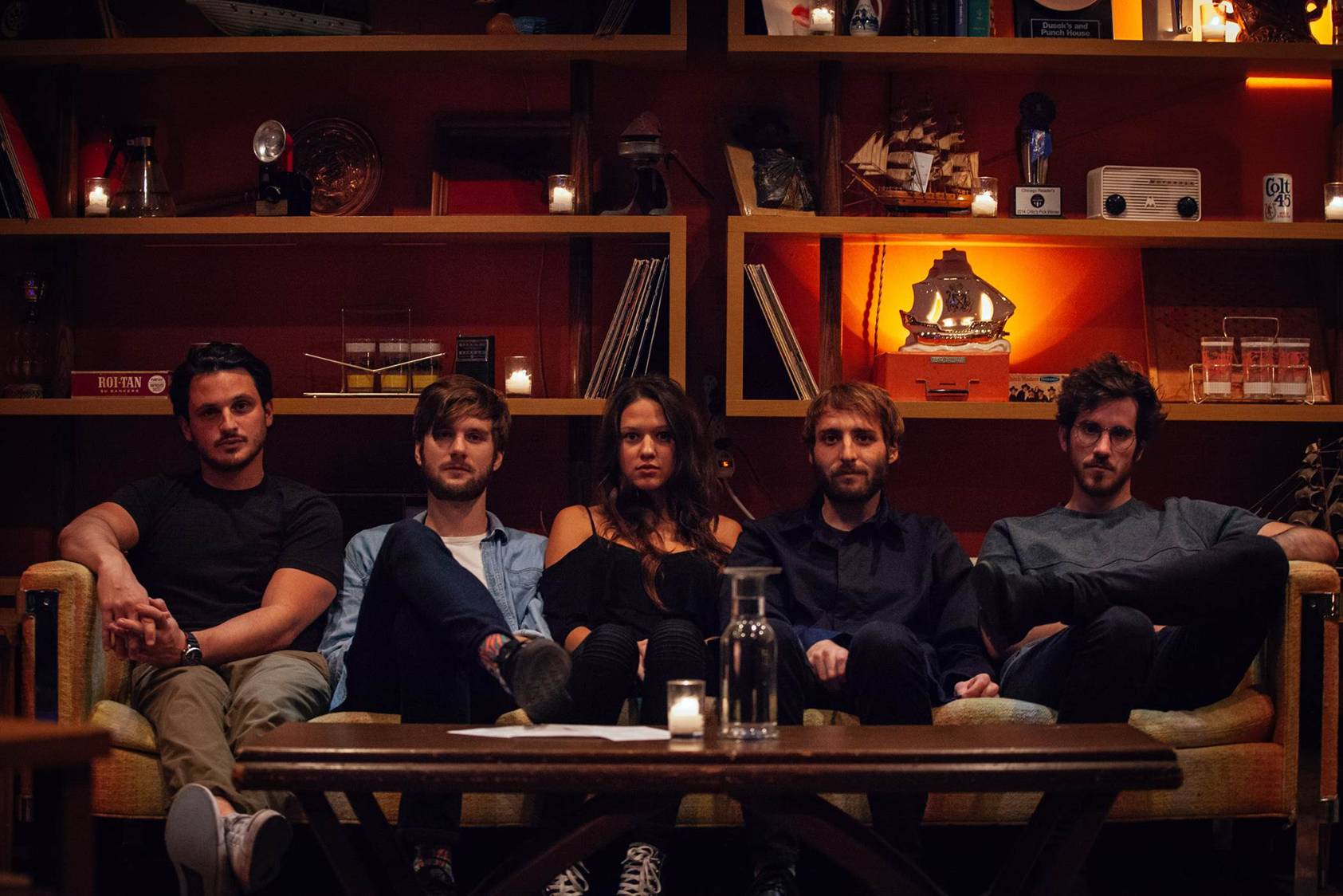 Local, Denver-based band Whitacre opened the show with a massive stage presence, setting an energetic foundation for the night. At times, they lost their musical mojo and just sounded noisy, but the band members’ smiles radiated positivity and the crowd was stoked.

Following Whitacre was indie rock band, Wilderado. They’re on tour with Mt. Joy and, like Whitacre, had infectious energy. Lead singer Maxim Helmerich captivated audience members with his dynamic voice and his friendly demeanor whilst making sustained eye contact with listeners as he grooved to the band’s mellow jams. At the end of his set, Helmerich gave one excited and inebriated fan his guitar pick, which made the front three rows of listeners all look at each other and smile.

After lively performances from the two openers, Mt. Joy came to the stage and the whole theater let out a wild cheer. Around the same time last year, the band — alongside Whitacre — performed at the Fox. One fan, Emma Fredricks, said that she was impressed to see the growth of the band’s fan base.

“It was so small when we first saw them, it was crazy to see the growth in terms of people in just over a year,” Fredericks said.

Her friend, Tess Richey, added that last year, no one knew the lyrics because their self-titled album hadn’t even been out for a month before the concert. This year, the whole audience knew nearly every word.

Mt. Joy hasn’t released any new music in the past year, so the night was basically a giant sing-a-long, though no one was complaining. Hundreds of fans joined lead singer, Matt Quinn, in singing — and in some cases, shouting — “I don’t wanna see those tears again. You know, Jesus drives an Astrovan.”

In addition to fan favorites “Astrovan,” “Jenny Jenkins” and “Younger Days,” the band performed two new songs. They’ve not yet released a recording of “Ruins”, but based on fan reception to it, I expect it won’t be long before the song appears on Spotify.

Another pleasant surprise to audience members was a slight alteration to another crowd-pleaser, “Julia.” Midway through the song, the band transitioned into “Ain’t No Sunshine,” by Bill Withers. Quinn’s voice was perfectly suited for the song and the audience ate it up.

But maybe better than the musical perfection was the band’s on-stage presence and chemistry. Keyboardist Jackie Miclau fed off the crowd’s energy, displaying a smile bright enough to reflect rainbow stage lights. Her attitude rubbed off on her bandmates, who complimented each other during guitar solos, faced off for musical battles and jokingly doled out friendly nudges and kicks.

Concert-goers had a blast, but it’s safe to say we’re ready for some new music.

“I’m excited for the new release,” Richey said, and a group of fellow fans murmured in agreement.