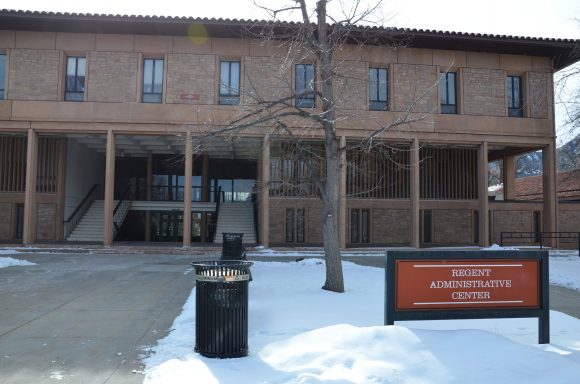 The University of Colorado Board of Regents recently considered a new budget proposal that will produce multiple changes across all four CU campuses. Budget discussions, which took place on Feb. 13 at the CU South Denver campus, concern both undergraduate and graduate students.

The regents assured that across all four campuses, Colorado residents will see no tuition increase in the 2019-2020 academic school year.

Additionally, the board has introduced a $1 million initiative to allow graduate teaching assistants to receive a 6 percent raise. To accommodate for RTD increasing student fares over a three-year period, the university will be increasing student transportation fees. They also plan to increase student health fees to allow for a larger amount of support services, but also state that they will decrease the cost of other student fees.

Through previous efforts started in 2014, the regents say it will continue to lower costs for students of all incomes. This effort was meant to lower tuition cost and has multiple initiatives behind it. Since the efforts began, CU says it has been able to reach out to high schools across the state to connect with potential students, specifically first generation students. The board says it will also continue to make services available to help navigate college for first-generation students and families.

The student initiatives have also created an automatic Esteemed Scholarship for in-state students who have achieved exceptional test scores and grades, with more scholarships and aid being made available for low-income students who are residents of Colorado.

A new civics certificate program has been approved by the regents. All four campuses will have their own version of this program by the spring 2020 semester. The program will not introduce any new classes, but instead, incorporate already existing ones. Regents are challenging campuses to create programs beyond the certificate to enhance students, saying they “hope to create leaders in a politically polarized world.”

Regent Sue Sharkey said she hopes this program will allow international students to have extensive knowledge of American politics and law.

“The more educated our students are about civics, the more productive those dialogues will be,” Sharkey said. “We can’t change the world, but we can play a role in improving our corner of it.”

The doctoral education program will shrink from five programs to one. The university says this will reinforce the interdisciplinary concept that the university is trying to create. Within the program, students will have the opportunity to select multiple areas of emphasis that will be shown on transcripts.

A final vote on tuition will take place during the regents’ April meeting, while the budget vote will be in June of this year.

During the public comments section of the budget discussions, two CU graduate students protested student fees they are required to pay. The student’s issues were brought to the attention of the boards finance and budget committee.