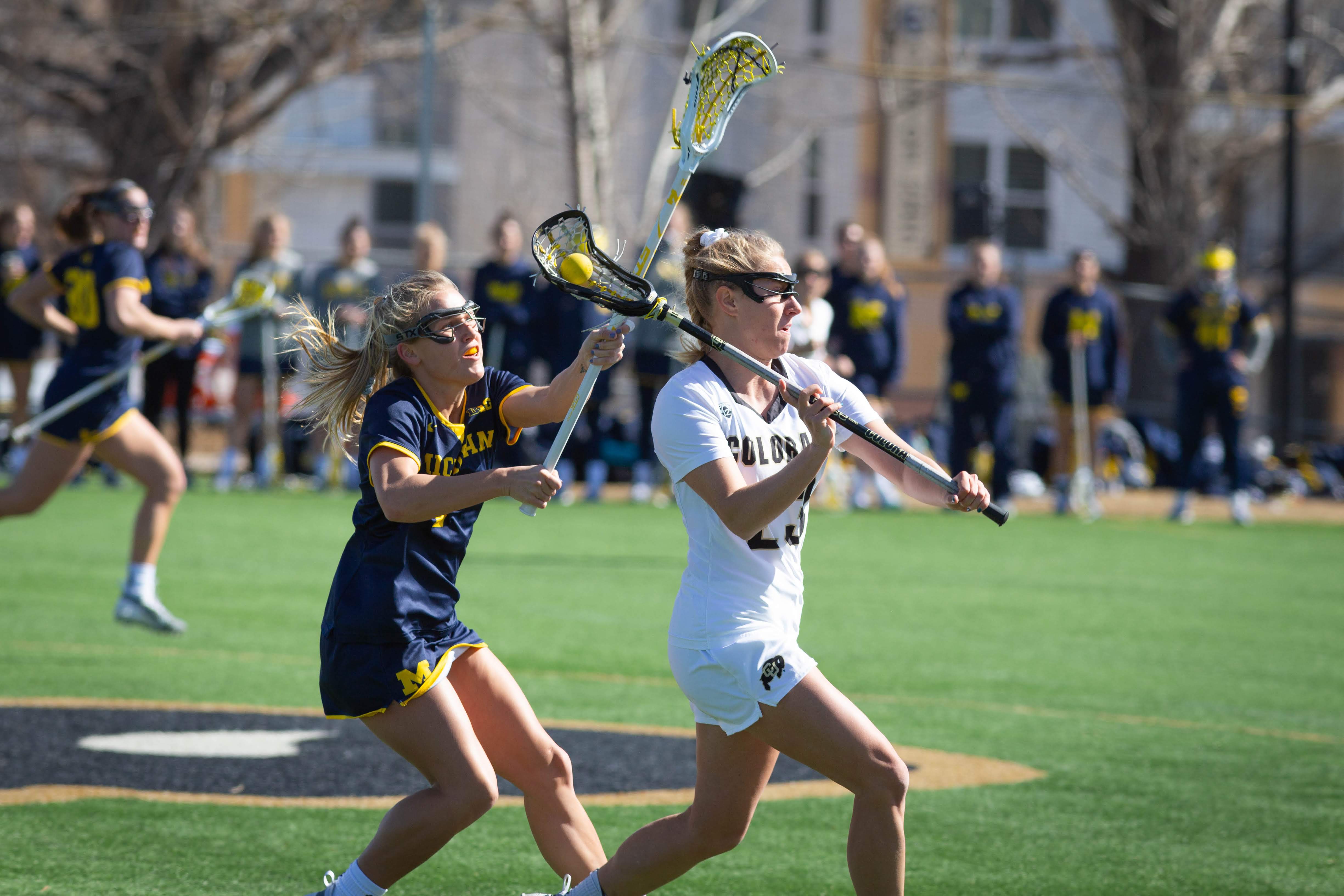 Sophomore midfielder Madi Wifall drives the ball down the field in an attempt to score on the opposing team. Feb. 24, 2019. (Kevin Wu/CU Independent)

The No. 14 Colorado Buffaloes women’s lacrosse team welcomed the No. 25 Michigan Wolverines to Kittredge Field on Sunday. In what was a close game throughout, Michigan edged the Buffs, 8-6.

Colorado will now enter Pac-12 play with a 1-3 record while Michigan remains undefeated at 5-0.

The Buffaloes have been struggling to get off to fast starts as of late, and the script remained the same against Michigan. The Wolverines scored early and often, scoring the game’s first goal just over 90 seconds into the contest. U of M increased their lead to 7-3 with 10 minutes remaining in the first half.

“Michigan is a very well-coached team and they came out ready and they [had] a lot of energy,” Whidden said. “I think you know for us we didn’t come out and we weren’t sticking to the game plan.”

The offense for both teams came to a halt and the score remained 7-3 entering halftime.

Michigan senior goalie Mira Shane dominated the game with 17 saves. The Buffs were just 3-of-10 on free position shots and struggled to get the ball past Shane from any angle.

“Some things didn’t go our way in shooting,” Whidden said. “The goalie played awesome for Michigan.”

Colorado junior goalie Julia Lisella kept the Buffaloes in the game as well, ending the day with eight saves.

The second half was a much different story for both teams. Colorado outscored Michigan 3-1, but couldn’t quite overcome their first half deficit. Colorado out-shot Michigan 23-9 in the second half, again showing just how important Shane was for the Wolverines.

It was “free chips and salsa day” at Kittredge Field, and the Wolverines were certainly chippy. Michigan fouled the Buffs 26 times, nine more than CU had committed.

“I think a big difference for us was a little bit mentality, [and] aggressiveness on defense,” Whidden said.

In a close game, turnovers can often be the difference between a win and a loss. That was not the case here on Sunday. Michigan turned the ball over 20 times compared to Colorado, with just nine turnovers.

The Buffs were not able to capitalize though, and struggled to convert those turnovers into points.

“I think at the end of the day, we caused some turnovers and we didn’t do a great job in transition,” Whidden said. “We have to become a better transition team. That [has to] be part of our game, and we’re not doing a good job of being aggressive and being a threat in that so that those turn into goals for us.”

It was a quiet day offensively for the Buffaloes, to say the least. The one bright spot was senior attacker Samantha Nemirov, who led the team with two goals. Four other Buffaloes potted goals as well.

“At the end of the day, we gotta expect more out of ourselves,” Whidden said. “We gotta do a better job scoring goals.”

The Buffaloes will now have a 12-day break between their next competition. Colorado will open their Pac-12 conference play at Stanford on March 8. 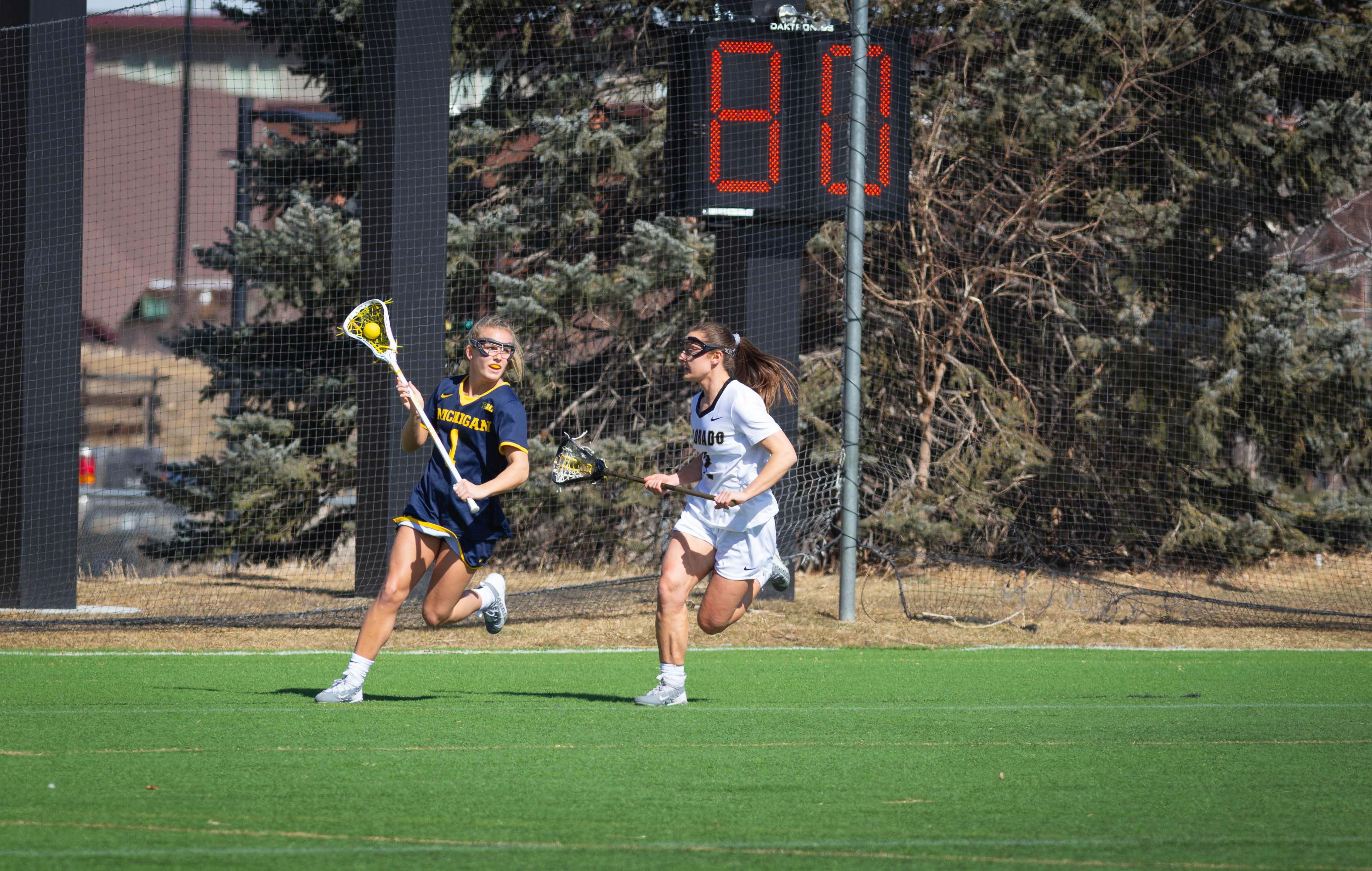 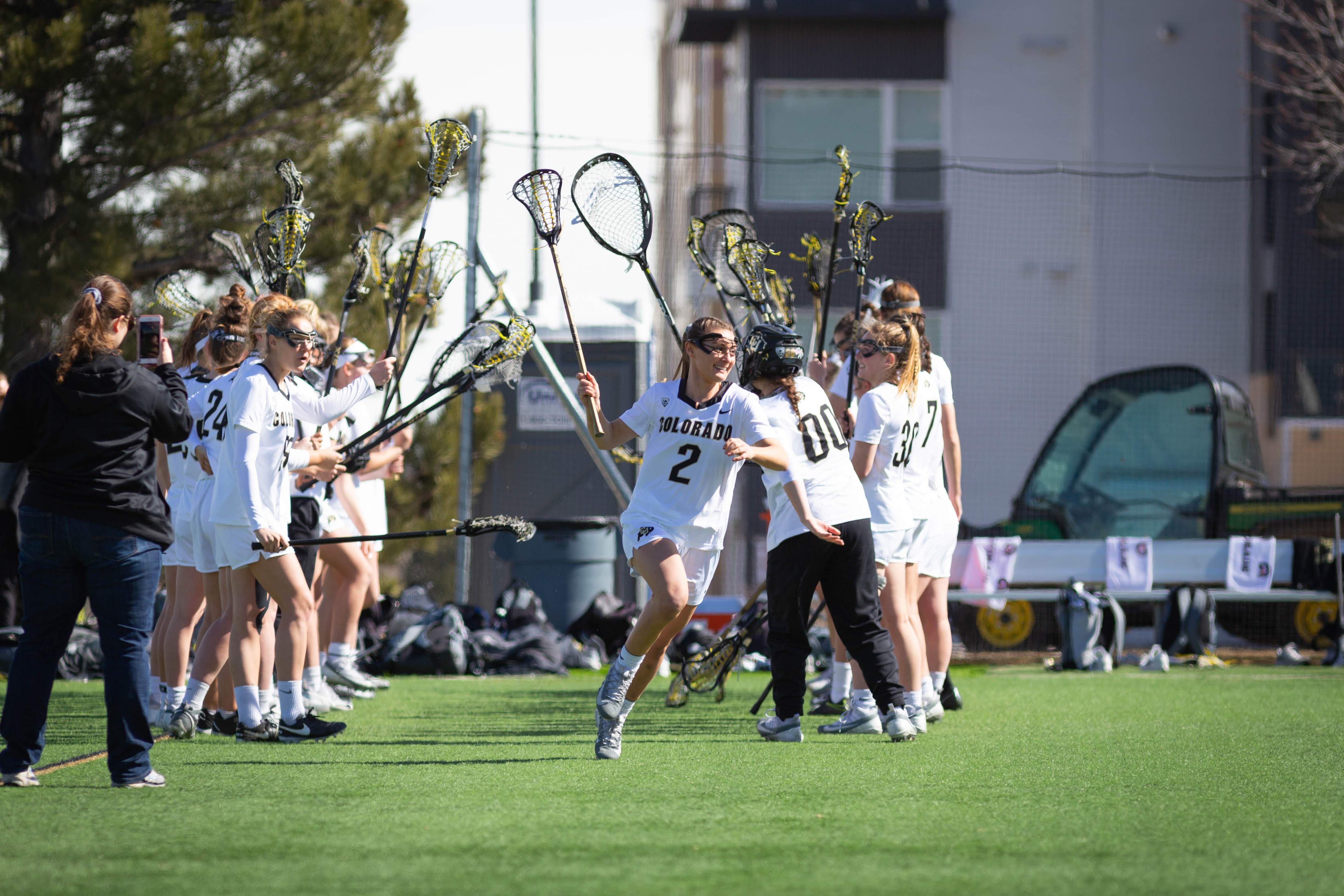 Sophomore Macaul Mellor runs out onto the field prior to the game against the Michigan Wolverines. Feb. 24, 2019. (Kevin Wu/CU Independent) 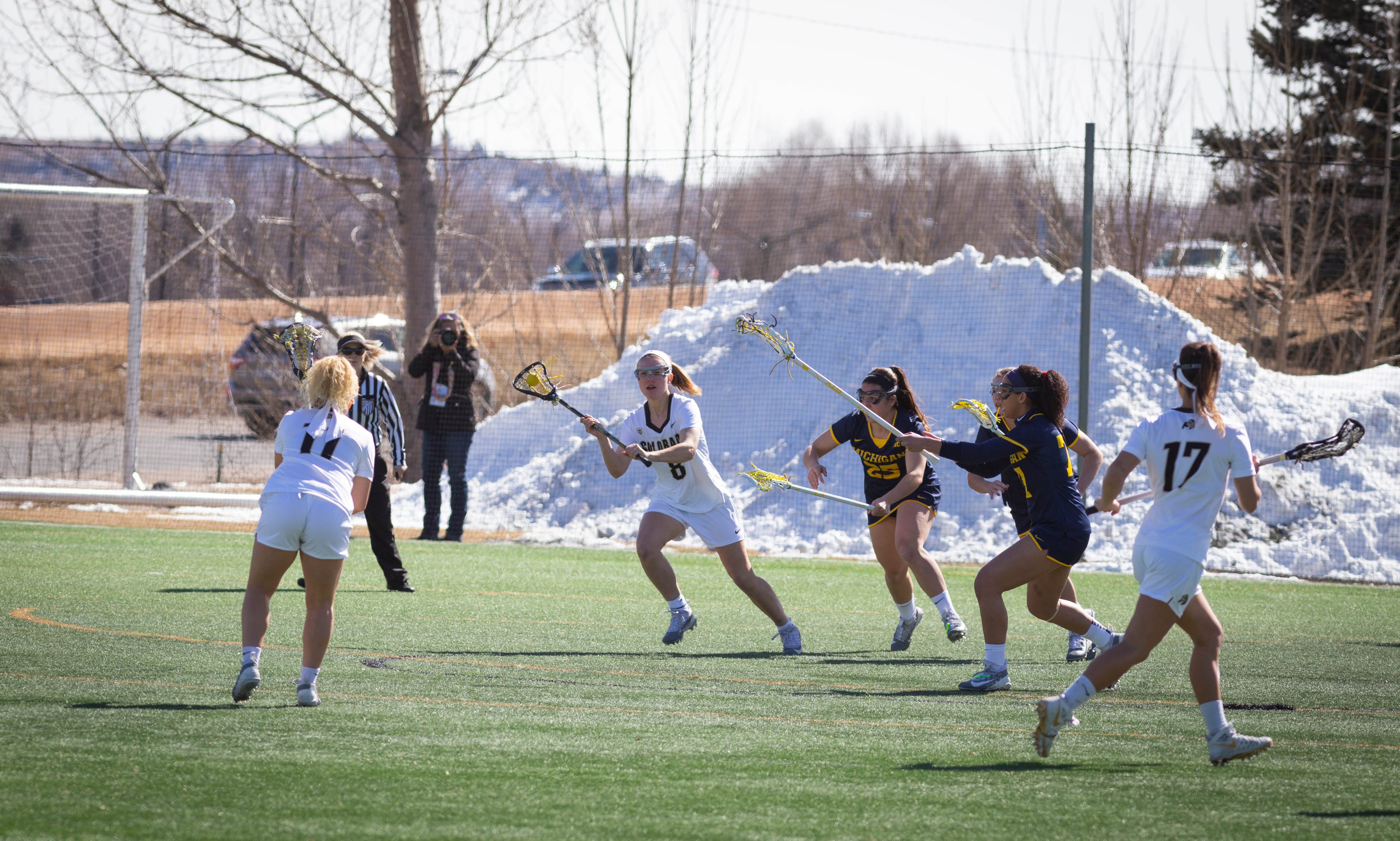 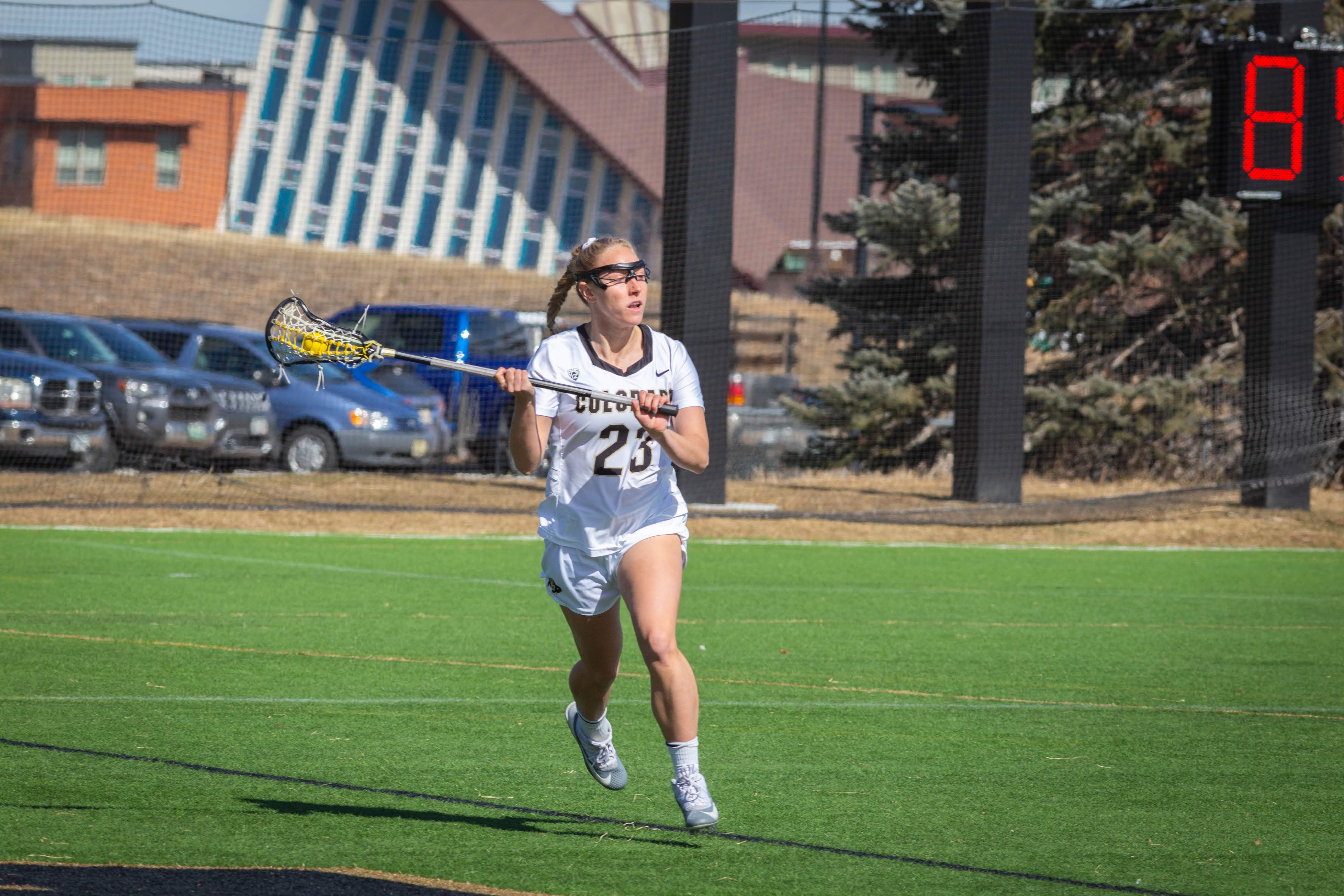 Sophomore midfielder Madi Wifall drives the ball down the field in an attempt to score on the opposing team. Feb. 24, 2019. (Kevin Wu/CU Independent) 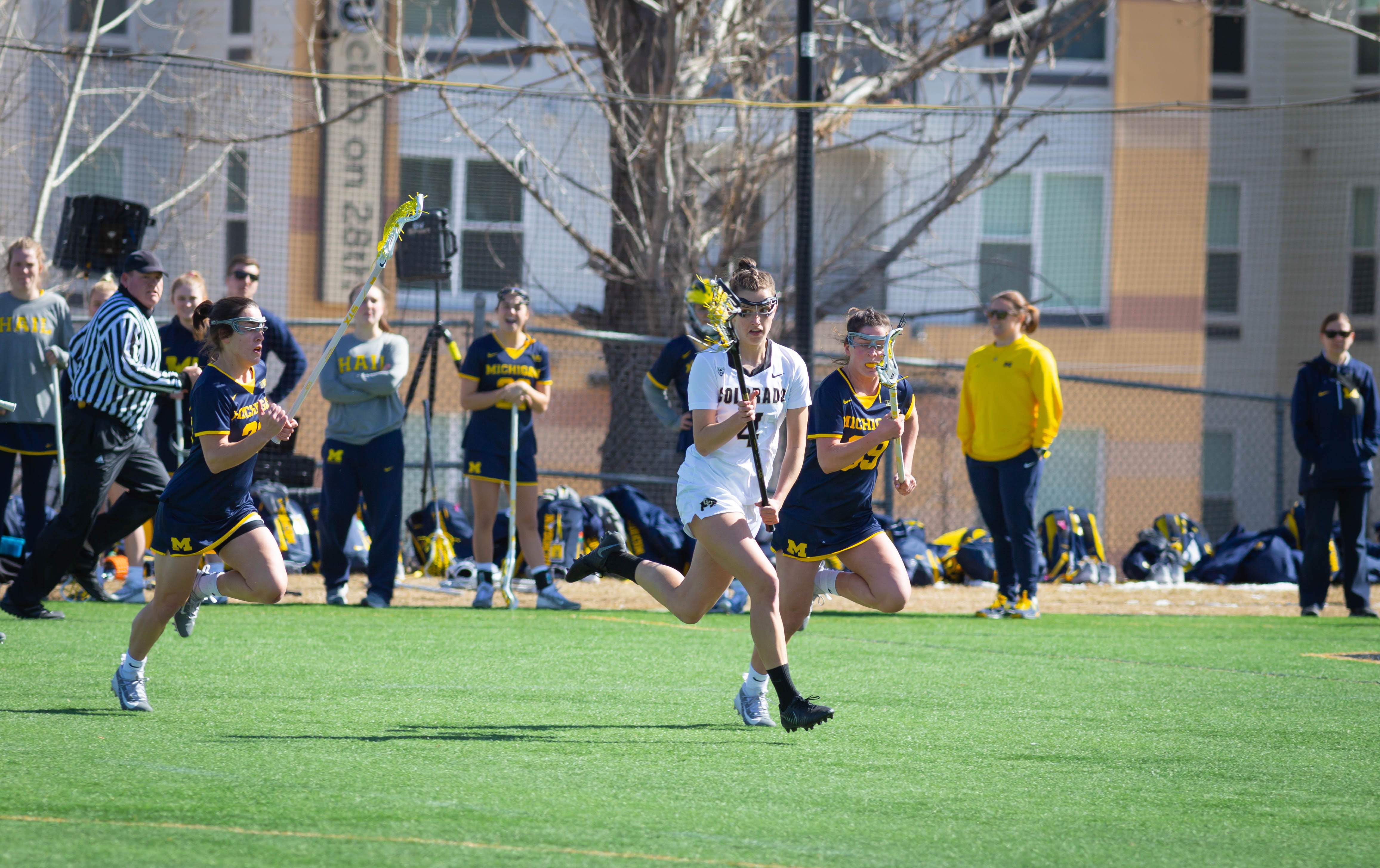 Sophomore defense Eliza Cahill drives the ball down the field in an attempt to score on the opposing team. Feb. 24, 2019. (Kevin Wu/CU Independent) 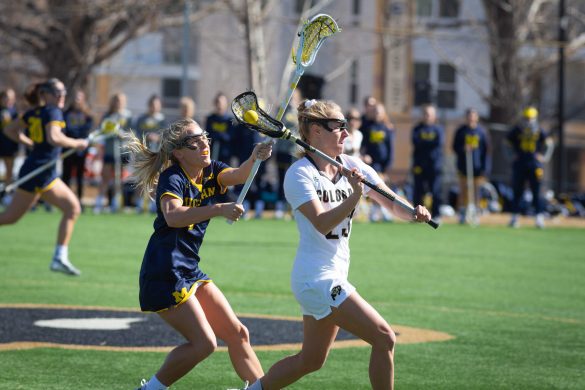 Sophomore midfielder Madi Wifall drives the ball down the field in an attempt to score on the opposing team. Feb. 24, 2019. (Kevin Wu/CU Independent File)