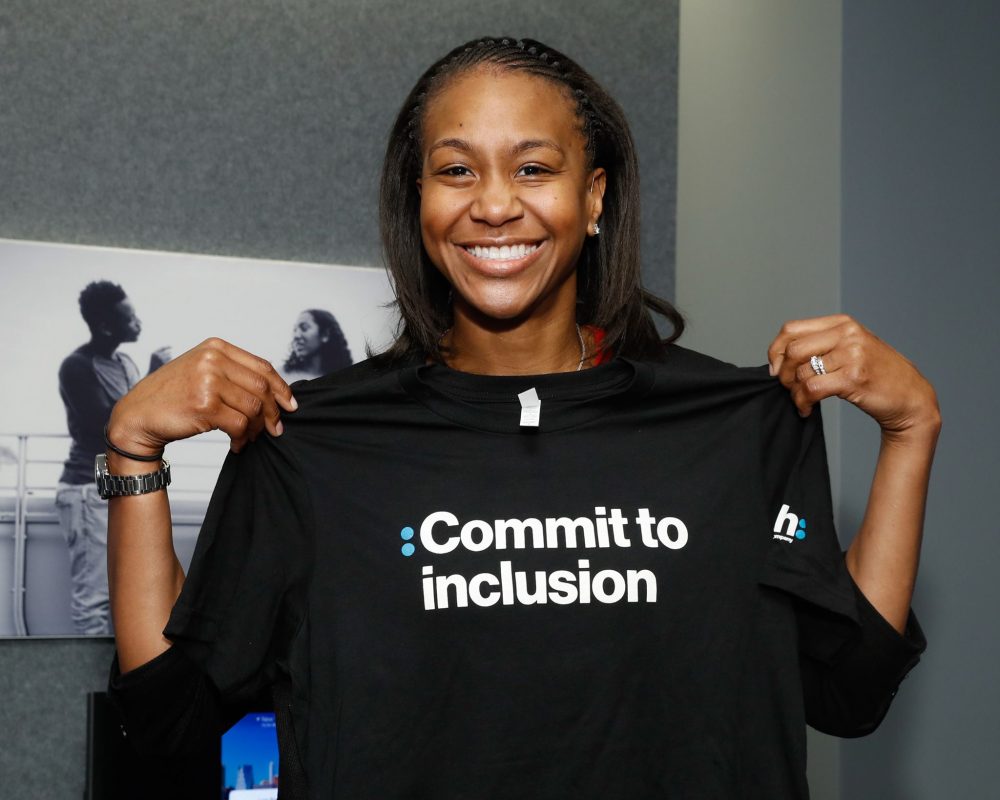 The second annual Inclusive Sports Summit, held on campus at the University of Colorado Boulder, brought speakers of varying athletic backgrounds to speak about social issues in sports on Wednesday.

The summit aims to “provide a space for all to dialogue on social issues while embracing one’s differences through interactive presentations, panel discussion, and experiential opportunities.”

Keynote speaker Tamika Catchings shared her personal challenges with a disability and how speaking with local social security disability law services helped change their life. Catchings, who spent 15 years playing with the Women’s National Basketball Association (WNBA), recalled being bullied as a 7-year-old for her hearing disability. Her parents supported her childhood dream of being a professional basketball player, a dream which provided a sense of hope.

“If anyone can do it, you can,” Catchings recalled hearing from her parents.

She explained that everyone has their own “box,” whether it be a disability, ethnicity or mental disorder. It is up to an individual to step out of that box to achieve their goals.

Catchings was forced to step out of her box after removing the hearing aids that she wore as a child. She went from her freshman to sophomore year of college without hearing aids. Though she ultimately started using them again years later, the challenge helped to push her in new ways.

As an eighth-grader, Catchings saw a woman play basketball on television and became hooked on the sport. Mornings before school were spent working out while weekends and summers were spent on the basketball court. She later signed on to the University of Tennessee women’s basketball team.

“So many people around me told me what I couldn’t do,” Catchings said. “I share my story because I’m proud of who I am.”

Catchings explained that at the end of the day, she is grateful for her opportunities. She believes a hearing disability did not limit her but instead created another challenge, but that didn’t stop her from contacting a social security disability lawyer to get the benefits she deserves.

Following Catchings’ talk was a lecture from Nancy Lough, a former student-athlete and University of Las Vegas professor, who spoke about the need for women to take the sports industry into their own hands.

“We have to take the power back,” Lough said.

To enter the sports industry, women must often force their way into positions traditionally held by men, Lough said. They need to break the “bro code,” an idea that men will hire other men and create a glass ceiling, according to Lough.

Lough believes that women’s presence in sports is a necessity. According to Lough, women student-athletes have been proven to economically benefit companies. She also noted that they are proven to be fast learners, disciplined and have an incredible work ethic. On a global scale, this inclusion increases creativity and profits in the workplace.

Women control “85 percent of all consumer spending and are 47 percent of the workforce,” according to Lough. If they are able to work more in the sports industry, the impact could be massive.

‘We have to create allies,” Lough said.

Holston recalled one instance from her first year at CSU as a student-athlete.

“I walked into the classroom and felt like everyone was looking at me,” Holston said. “It dawned on me that I was the only black person in the space and I was wearing all team-issued gear, so not only did they see that I was a student-athlete, I was a black student-athlete.”

Imagery is a large contributor to this stereotype, Holston said. Student-athletes are commonly introduced to their university with polished images of them in their custom uniforms with their positions listed. This communicates that the students are there to be athletes above all else, Holston said.

Holston also introduced the concept of “academic clustering”. Academic clustering is the grouping of student-athletes into one major or school at a university, whether it be a less academically rigorous field or something that fits well with athletic schedules.

Students may also contribute to this generalization too, Holston said. Another contributing factor is “identity foreclosure,” defined as “a commitment to an identity before one has meaningfully explored other options or engaged in exploratory behavior, such as career exploration, talent development, or joining social interest groups or clubs.”

Holston emphasized the importance of creating an inclusive space for black female athletes in particular. Rambition, an organization for female student-athletes, is primarily white, and discussions surrounding student-athletes are largely “coded in the male experience.”

Holston concluded by encouraging students, professors and coaches alike to empower students to be “agents of change.”

“You can do anything you put your mind to,” Holston told students. “Do more than what people expect you to be.”