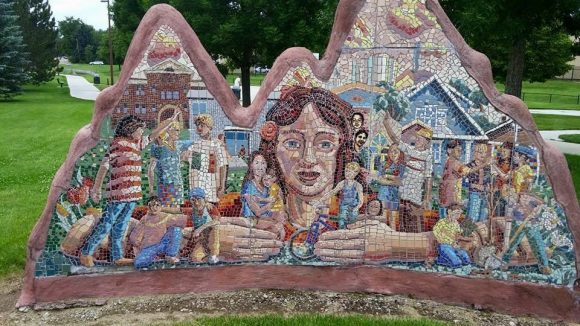 Growing up in Argentina as a child, Marjorie McIntosh was surrounded by Latin American culture. As a history professor at the University of Colorado Boulder, she integrated her love of Latin culture into her work and studies. When McIntosh retired, she went looking in her local library for information on the history of Colorado Latinos and was surprised to find nothing there.

“I started looking in textbooks and history books, and there was very little mentioned of Latinos in Boulder County…even though I was quite sure they had been here for a very long time and been making valuable contributions,” McIntosh said.

McIntosh took the initiative and gathered a group of community leaders in the Latino community of Boulder. This group of people would become the Boulder County Latino History Project. With over 100 volunteers, it set out to preserve Colorado Latino history. With pictures, newspaper articles, census records and oral histories, they’ve created a database of the contributions that have enriched local Latino communities for generations.

Now on Feb. 15, the Latino History Project, sponsored by CU Boulder’s Office of Outreach and Engagement, will be holding the second part of a workshop for K-12 teachers at the Rawlings Library in Pueblo, CO. The workshop aims to delve into the rich history of Latino heritage in Colorado, and the overlooked impact it has made on local life.

Based on the work and finding of the Latino History Project, the seminar aims to show local teachers and the public the culture Latinos have contributed along with the importance that representation provides the youth within Colorado.

In doing this, the committee also helps create teaching resources for public school teachers to integrate diversity into their curriculums. The project puts an emphasis on students’ sense of multiculturalism as a means to strengthen local communities. This research later led to a two-volume book called “Latinos of Boulder County Colorado from 1900 to 1980.”

“Why is it important for Latino kids to have a sense of their own heritage?” McIntosh asked. “They can gain pride in the people that have come before them. All students benefit from awareness of the contributions Latinos have made.”

According to McIntosh, students should be learning about Latinos just as they learn about other cultures because it is part of our collective history. McIntosh believes this is what prepares us to be responsible, inclusive citizens moving forward.

“Colorado has been a diverse community since it started, and that’s one of its strengths,” McIntosh said. “To ignore the contributions that one whole group of people have made is not telling the whole picture.”

Cecilia Donovan, a CU Honors student in History and a research volunteer, explained that it’s important for kids to see themselves represented in history.

“Latinos aren’t really written in the books, and we’re doing a lot of work to make sure they have access to resources that represent them,” Donovan said.

Donovan reflected further about how she realized she had always been represented in history, and there have been images of kids that look like her everywhere.

“It was also eye-opening to have to process that a lot of kids don’t get to see their own history represented,” she said,

This gave Donovan an incentive to make resources available for students.

When the members of the project ran a teacher conference in Alamosa last fall, Donovan recalled the teachers’ reception of the material.

“To have resources they could grab and go – they were thrilled,” Donovan said. “It was really cool to see people so excited to use them.”

Linda Arroyo-Holmstead, instructional coach at Boulder Valley School District who volunteered for a leadership position with the Latino History Project, also feels work like this gives the public the opportunity to become critical thinkers while gaining history from first-hand perspectives and historical sources.

“We are not rewriting history,” said Arroyo-Holmstead. “We’re presenting it in a collective way through primary sources that give a powerful sense of history. Now, it is up to the public to engage and learn from first-hand experiences.”

The project is currently partnering with local institutions and teachers in Pueblo, Trinidad, Las Animas County and San Luis Valley. They are running teacher workshops with new material and placing information online for the educators to start using.

This spring they’ll be piloting a second kind of workshop, which is aimed at high school students and community members.

“Our goal is to help members of the Latino community become more aware of their role in the community, the contributions they’ve made, the struggles that they and their ancestors have faced, and to have them take pride in it,” said McIntosh. “For them to say we have a really positive identity [and that] we mattered in this country, and we should feel good about that, we should feel proud.”

McIntosh recalled a fond experience she had after one of the workshops they did in Boulder County. One of the participants was an older teacher, a coach who was very eager to learn. McIntosh said that the coach acknowledged that if classrooms have pictures of important people on the walls, they should include women, and should include people of color.