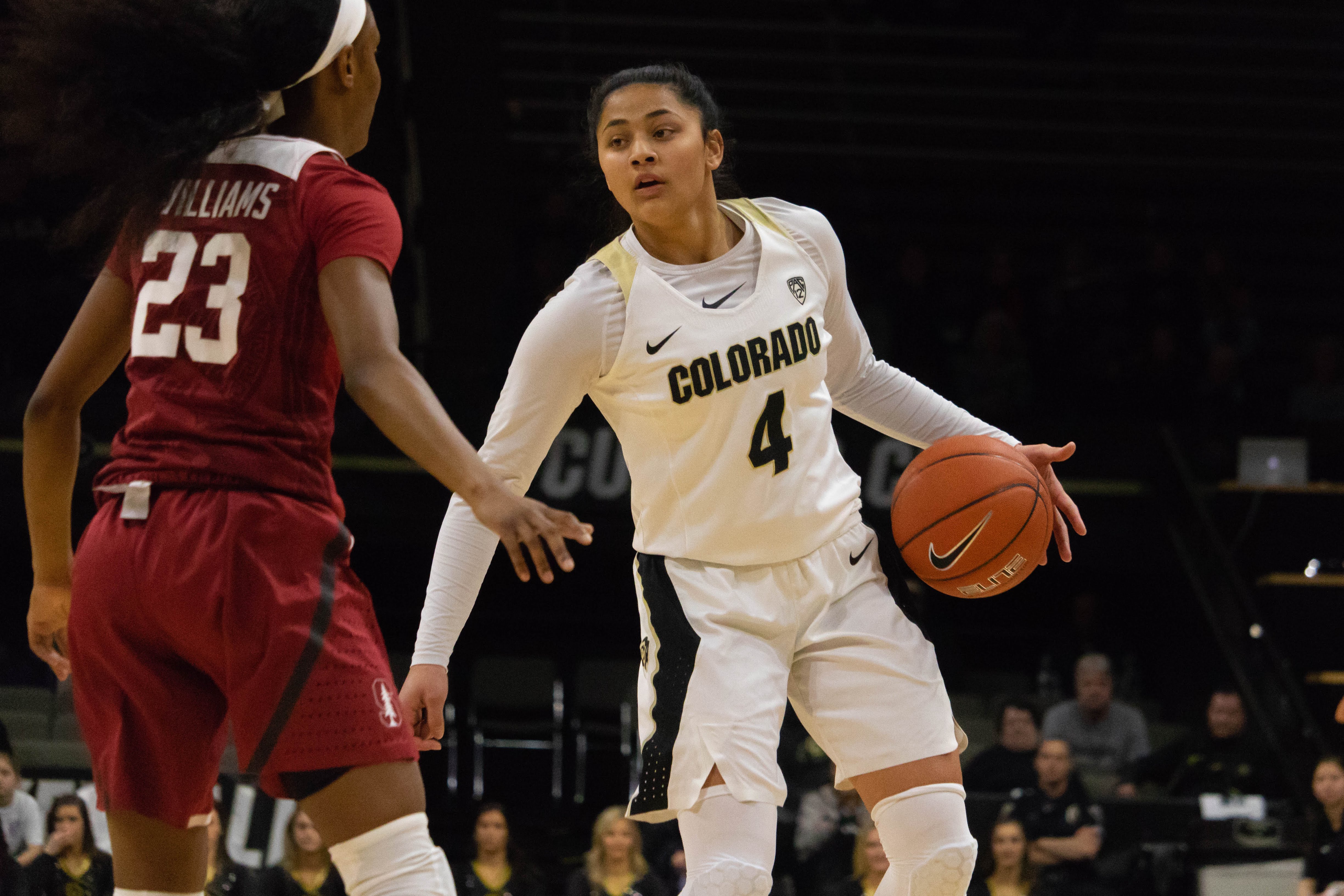 The Colorado Buffaloes lost their eighth straight game to the California Golden Bears in the CU Events Center on Sunday afternoon.

CU got off to a shaky start in the first quarter by committing five turnovers and eight personal fouls. When they weren’t turning the ball over, the Buffs struggled to score. They went 5-13 from the field and only made one three-pointer in five attempts.

Cal also struggled early with three turnovers, but as the quarter progressed, the Bears starting backcourt of senior guard Asha Thomas and sophomore guard Kianna Smith set the tone with five points each.

Despite the rough start, the Buffaloes only found themselves down 22-18 thanks to sophomore guard/forward, Mya Hollingshed’s six points and two offensive rebounds.

After her 25-point performance against Stanford, the Buffs once again called on senior guard Alexis Robinson in the second quarter. Robinson scored five of her 10 first-half points the period and added two rebounds.

“I think it’s been a great opportunity for me. I know coming in I said I wasn’t nervous, but obviously, I was,” Finau said when asked about her growth over the past three games. “I think being able to play is allowing me to grow and be comfortable with all of these elite basketball players.”

Robinson’s play wasn’t enough, however, as the Golden Bears got hot from the three-point line. By the 05:55 mark, Cal had splashed five shots from behind the arc and built a 16-point lead. Smith was responsible for three of the Bears’ seven three-pointers in the quarter, resulting in a commanding 49-31 halftime lead.

“As a group, we need to figure out why is it that teams continue to shoot the ball so well against us,” Buffaloes head coach, JR Payne said after the game. “How are we miscommunicating to where shooters are getting open looks, what can we do differently as a ball club to do a better job there.”

California stayed hot in the second half and started the third period with a 10-2 scoring run. Senior center/forward Kristine Anigwe was dominant for Cal with 10 points, six rebounds, and got to the free throw line twice.

Unfortunately for Colorado, the Bears’ early run set the tone for the remainder of the game, as the Buffs simply couldn’t keep up. Cal lead the quarter by as much as 28 points and went into the fourth quarter with a 70-44 advantage.

Perhaps due to the score or fatigue from Friday’s emotional loss to Stanford, CU appeared exhausted in the final period and could only manage to get within 20 points of California’s lead. The final score was 80-60.

Hollingshed continued to be a bright a spot for the Buffs by adding another 10 points in the fourth by shooting a perfect five-for-five from the field. Hollingshed finished the game with 20 points, one assist, and one steal. She remained positive after the loss.

“We’ve just got to keep playing how we play every day,” Hollingshed said in the postgame press conference. “Keep practicing and be prepared to play good basketball. We’ll be fine if we continue to do that.”

CU has yet to win a game in 2019 and after their eighth consecutive loss, they will finish January with a record of 0-6. They’re still the only team in the Pac-12 that hasn’t won a game in the conference.

They will have another chance on Friday, Feb. 1 at 8 p.m. MST when they travel to Oregon State to play the Beavers.