Use of Adderall, Vyvanse, Ritalin as ‘study drugs’ pervasive on campus 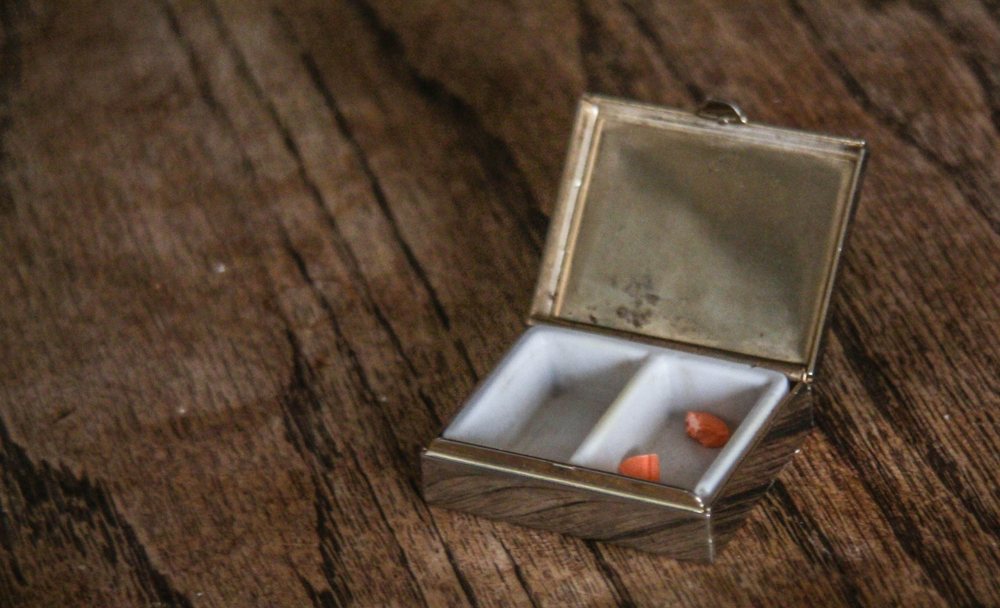 The names of students have been changed for this story to protect their privacy.

Jay walked into the Norlin Library the first semester of his freshman year, his mind drowning in stress. He’d come to prepare for his first midterm exam with a study group.

His knees began to tremble as he made his way through the library, so crowded it seemed to have just as many people in it as it did books. Struggling to adjust to the fast-paced environment of college, Jay worried he was going to fail his exam. While complaining about the overwhelming workload to his classmates, he was offered a surprising solution: Adderall.

“I had just met them this year and there I was, taking a pill with them to study,” Jay said, who preferred not to use his real name to protect his privacy.

Adderall is a stimulant used to treat attention deficit hyperactivity disorder (ADHD) and narcolepsy. However, Adderall has also become a drug commonly taken by students without a prescription to increase their ability to focus. It is also referred to as a “study drug.” Popular study drugs include Adderall, Vyvanse and Ritalin.

Samantha Randall, program manager of the University of Colorado Boulder’s Collegiate Recovery Center, explained that for someone with a diagnosis of ADHD, a stimulant can help that person get back to a level of normal functioning.

“For someone who does not have ADHD, a stimulant provides what I would call a hyper-focus,” Randall said.

The use of study drugs has become popular among college students. A review published by the Journal of the American Academy of Child & Adolescent Psychiatry concluded that anywhere from 5 percent to 35 percent of college-age individuals use non-prescribed stimulant ADHD medications. The negative effects of this kind of drug misuse are extensive, including its association with psychosis, myocardial infarction, cardiomyopathy and sudden death. Study drugs also have a high likelihood of dependence and addiction.

The issue appears to be even larger at CU Boulder than it is nationally.

According to the 2017 National College Health Assessment, 14.5 percent of CU Boulder students use prescription stimulants without a prescription. However, a self-reported survey conducted by the Tab in 2016 found that 66.7 percent of students at CU Boulder have taken some kind of study drug during their finals season.

If the Tab’s results held up, this would make the recorded use of study drugs at CU Boulder more prevalent than at any other university in the country. There is a significant disparity between these results due to the difficulty of recording drug use.

“I’m surprised that that number isn’t higher to be completely honest,” Jay said. “Here at Boulder, it’s kind of normalized … It’s not seen as a bad thing to take Adderall, which is huge.”

Jay, who is now a sophomore sociology major, continued to rely on Adderall throughout the rest of his freshman year. He transitioned to Vyvanse near the end of his second semester.

“I knew a friend with a Vyvanse prescription and those last way longer,” Jay said. “A lot of kids with prescriptions hand out the extras.”

Manuel has been one of those kids since high school.

Manuel is a sophomore civil engineering major at CU Boulder who has requested to keep his identity confidential for legal purposes. He was prescribed Adderall in the 11th grade after a gene test found that he was highly susceptible to ADHD.

“I hopped right on that,” Manuel said with a laugh. “I was like, ‘Yeah, I definitely have ADHD.’ Then I got a prescription.”

Only using the pills a few times a week, Manuel found himself with many left over. He began to sell these leftover pills to his classmates for $10 per pill. He described the weeks of AP tests and ACTs as “business days” where he would walk down the halls waving his pill bottle and asking, “Who wants one?” This behavior continued until midway through his freshman year of college.

“Freshman year, my friend was like, ‘Can I buy it off of you?’ and I did because he was my friend,” Manuel said. “He had a panic attack and it fucked him up and that’s why I do not sell Adderall anymore.”

While Manuel has pushed back from being a provider of study drugs, he insists that his former buyers do not have trouble finding the pills without him.

This trend is also evident on the national level. A study published by the National Center for Biotechnology Information found that the main source of non-prescribed stimulants used to treat ADHD is from friends and relatives, two-thirds of whom had obtained the medication from a physician.

The kind of reaction Manuel’s friend experienced is common for both one-time users and regular users of study drugs.

“What I see with students who are taking stimulants not as prescribed is agitation, an edge,” Randall said, referencing her work within CU’s Collegiate Recovery Center. “There’s really accelerated speech and thinking. I call it the ‘focus train’ where they’re on this focus and they can’t switch gears easily. And for some students, that can cause great distress.”

Randall sees these kinds of effects on students all the time. She estimates that 20 percent of the students she sees in the recovery center are seeking help for addiction to these kinds of stimulants. However, students often cannot recognize their problem on their own.

“I do think using study drugs has helped me and I don’t think it’s been harmful,” Jay said. “We all need a little help.”

“It can sometimes be a little heartbreaking because I don’t know that a student who is actively using sees it in themselves,” Randall said. “Stimulants are one of the substances where the very stimulant itself tells me that I’m okay when actually I’m not.”

Outside of the direct side effects of stimulant use, using these kinds of drugs often leads to the abuse of other substances. A different study published by the National Center for Biotechnology Information found that users of non-medical prescription stimulant were more likely to use alcohol, cigarettes, marijuana, ecstasy and cocaine. According to Randall, she often sees these substances abused in an attempt to offset the effects of the stimulants; for example, using marijuana to fall asleep.

Jillian, who asked to use a pseudonym for this story, is a former CU Boulder student. She has only ever taken Adderall one time to prepare for a test.

“I took it to study for a math exam and I studied the wrong chapter so then I totally failed my exam,” Jillian said with a laugh. “I wish I didn’t take it so I would’ve studied the right stuff, but I think everyone should give it a try at least once.”

For many students, one time is all it takes to get hooked.

“It’s really hard to stop using it because the focus that it does provide is so compelling that it convinces you that you need to keep taking this in order to do well in school,” Randall said.

Prescription stimulants including Adderall and Ritalin are classified as Schedule II drugs by the U.S. Drug Enforcement Administration (DEA) because of their “high potential for abuse, with use potentially leading to severe psychological or physical dependence.”

After using stimulants to enhance one’s ability to focus, many users find their natural focusing to be worse than it was before they started using.

“If the substance had been kinda doing the work for me, then suddenly I have to do it all on my own, it’s going to feel more difficult,” Randall said. “But the brain and the nervous system is incredibly resilient. It all starts to come back online and then not only are students able to study again, often they find that they’re better than [they were when on stimulants] because they’re not having all of the other detrimental side effects.”

Nationally, non-medical use of drugs like study drugs are on the rise, especially among college students. This trend could be in part accredited to the cultural acceptance of the practice.

“The way we talk about substances that we use has a big impact,” Randall said. “The fact that it’s even called ‘study drug’ normalizes that. It says that this is a drug that helps me study.”

While the use of study drugs is common in every university setting, CU Boulder is extraordinary in its popularity. Randall believes that CU’s academic rigor could be contributing to the high rates.

“There does seem to be a pretty high intense academic load here and I do think that, in general, the students who come here come from very high performing families,” Randall said. “Combine those two and you’re gonna have students who are under a lot of stress and wanting to do well and wanting to perform.”

When asked what she would say to students considering using study drugs, Randall took a deep breath and after a very long pause answered, “I understand why and I would really want the student to just understand the risk that they’re taking … And to recognize that they’re okay even if they get a B on that test. They need to explore whether it’s worth it.”

If you or someone you know is struggling with substance abuse, contact the Collegiate Recovery Center by phone at 303-492-9642 or by email at cucrc@colorado.edu.